Commutes are a fascinating part of a journey, how we use that time varying from person to person. Tapping into this intriguing part of our routine, writer Ben Worth presents Open Return, an online drama bringing the experiences of two women, initially strangers, on their commute – to the fore. 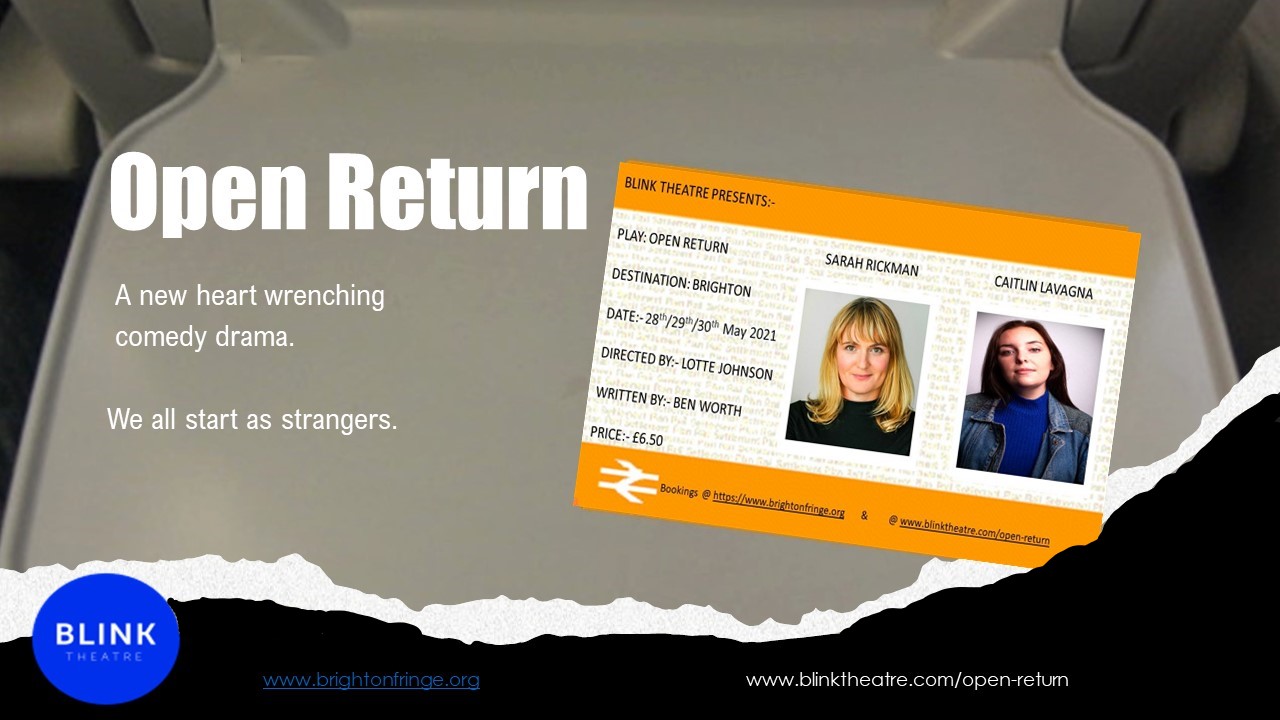 A simple split screen set up, we watch as Jean and Jenny’s initial encounter unfolds, Jean the more reserved one compared to Jenny’s more forward and outgoing nature. The narrative alone leaves the viewer wondering just how the journey will work out, a great basis for the show. The hour long production observes the two slowly build up a bond, Caitlin Lavagna‘s lively interpretation of Jenny a source of much needed humour, and serving as a catalyst for Sarah Rickman‘s guarded Jean to follow suit and open up about her own experiences.

Open Return is anecdotal, which obviously lends to the commute scenario. The pair, as well as the viewer, learning more about the characters as the show plays out. Director Lotte Johnson directs an organic and authentic piece, the hour, an unpredictable one, mirroring a true random encounter. In terms of how the pair have used the commute in this instance, it’s a case of them both communicating with one another rather than keeping to themselves – very fitting post a very challenging year. Johnson is able to capture moments of humour, interweaving these with the more serious moments which further adds to the authentic feel. The show is a great opportunity to watch and listen the to the pair talk about their own experiences, they’re both relatable which makes for a comforting watch.

Open Return was shown from 28th to 30th May as part of this year’s Brighton Fringe Festival. To find out more about the production, visit here…