A neurodegenrative disease that witnesses the patient’s condition progressively worsen over a steady period of time, Alzheimer’s Disease impacts memory, language, can cause disorientation and behavioural issues amongst other symptoms. Highlighting the impact of this devastating condition within a mother-daughter dynamic, Kate Maravan presents The Old House. 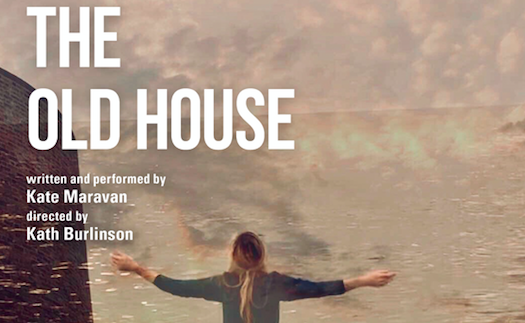 Recorded live and accessible on the Brighton Fringe Festival‘s digital platform, The Old House witnesses Maravan take on the role of both an elderly mother and daughter, they’re unconditional bond playing out over the hour. Maravan vividly captures both the mother’s stubbornness yet sadly disorientated frame of mind and is able to successfully contrast this with her daughter’s protective nature – the script shifting from the mother’s repetitive questions, to more spiritual, ethereal poetic phrases, to the anecdotal – like the show’s location by the sea, swaying unpredictably and with complexity.

Memory forms an integral part of the show’s structure, the theme explored via initial questions asked by the mother, consequentially stirring up stories from the past; the mother rediscovering moments as if encountering them for the first time. The daughter takes on the role of storyteller, this in turn presenting the power of memory and how these shape who we are.  The Old House explores motherhood also, the mother-daughter bond reversed as the daughter finds herself supporting her mother, both now dealing with this new dynamic within their relationship. A reminder of how circumstances can change and how within a family setting, all adapt.

Aydan Wilder utilises simple yet powerful camera angles, brilliantly amplifying Maravan’s performances as both mother and daughter – to the point you almost forget there’s only one performer on stage the whole time. Vincent Manna establishes a visual language with Maravan’s movement sequences, graceful, swaying like the waves of the sea as they serve as clever transitions into the following scenario. Kath Burlinson directs an impactful performance, a show full of complexities that are given the platform to be explored further. A show focusing on the impact of Alzheimer’s Disease on both the patient and those around them, the viewer captures how a family set up deal with this, authentically. A powerful watch.

The Old House is currently available until Monday 28th June 2021 on the Brighton Fringe Festival website. To find out more, visit here…