What does it mean to be Nigerian? Having a knowledge of Nigeria’s national anthem? A knowledge of the states that make up the nation? An understanding of one or more of the native languages spoken? A loaded question I’m sure, and one that Imagiphoria Studios contemplates in their debut show Asó. 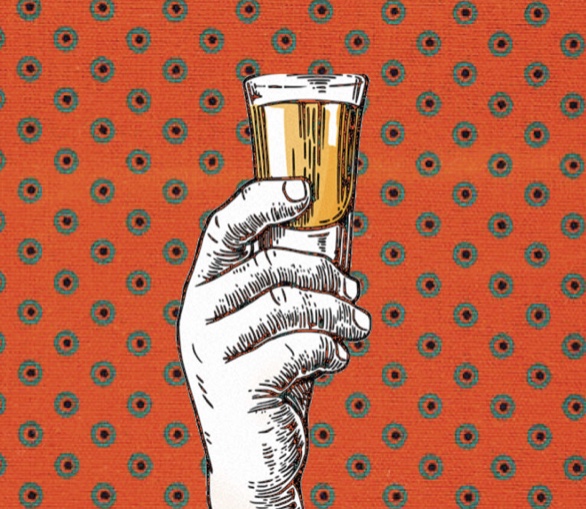 Forming part of this year’s Camden Fringe Festival, Asó opens up an impassioned, vibrant debate on the matter, even asking what it means to be African. Lively from the get go, our compere, played assuredly by Zipporah Kuria opens up the floor for both TK (Reece Morant) and Timilehin (Rochelle Soares) to state their cases as to what this means to them, the former coming from the perspective of a Nigerian born in the UK, the latter originating from Nigeria. In between alcoholic shots taken by the losing side, Asó unapologetically celebrates Nigeria’s rich cultural heritage, the show’s platforming of ideas and beliefs from both the diaspora, and home country a comforting and important aspect.

Flashbacks indicate the cast’s back stories, the cast able to manipulate time by pausing, rewinding and returning back to the present da, an inventive convention of the show. Playing at The Hope Theatre, the show’s vibrant essence enlivens the small fringe space, a playlist of Nigerian Afrobeats energising the evening.

The show’s debate-like structure is a great way of encouraging interactivity, the interactive element an aspect that could be expanded on further with perhaps a live talk-show emphasis. Writer Mo Korede crafts an upbeat, dynamic piece, the show proud of its native roots, a thoughtful watch.

Asó was shown at The Hope Theatre as part of this year‘s Camden Fringe Festival from Monday 16th until Sunday 22nd August 2021. To find out more about the production, visit here…