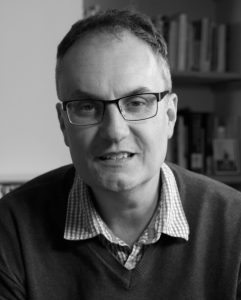 Hi Steve, your  production Murmurations will take place at National Trust’s Wicken Fen Nature Reserve from the 17th-19th September and the RSPB Strumpshaw Fen Reserve from 24th to 26th September. How are you feeling ahead of the production?

Really excited and a little apprehensive – largely because this is an experiment at all levels, theatre of this sort has never taken place in this way in these venues; so it’s all a journey, but a thrilling one. And I know that Tangled Feet are the ideal partners and we have had a wonderful time creating this show together.

Murmurations is a new site specific work responding to two different nature reserves in the East of England, the show exploring the interdependent relationship between humanity and nature. What inspired yourself to explore this further?

I have been trying for years to write about human stories in the wider context of the natural world, especially in my plays about climate change The Contingency Plan; but until this project I’ve never created work that not only represented place and the natural world but took place within it.  The ecological emergency we are in preoccupies us all but I’ve become especially absorbed in the impacts playing out in the natural world at a really deep level – this show is one way of talking about that in a direct fashion in the context of the unique environment of the fens and the Broads in a region where I live and work. But its themes are relevant everywhere. Should be a lot of fun too!

The production witnesses you working closely with nature reserves at National Trust’s Wicken Fen and RSPB Strumpshow Fen. What have you learned from the experience?

I’ve observed these unique places closely over the last year and have had a number of days with Tangled Feet working there – they are both at the cutting edge of conservation; Wicken Fen for instance is embarked on a massive re-wilding project which is literally reversing centuries of destructive drainage. I so admire this work and want to celebrate it; conservation is like theatre in some ways too – it’s fragile, dependent on public engagement and driven by love. I want this play to reflect that so the audience come away seeing the landscape differently.

What are your hopes for the show?

I suppose it’s a rallying cry for a new relationship with nature – but also a way of framing a tale of healing after a year of horrendous suffering; you could argue Covid-19 like the climate emergency is one outcome of a way of living that imagines we can master and ignore nature; well, as Murmurations will show, we cannot separate ourselves from nature even if we tried.  I hope the show excites and enlists the audience into joining the fight for nature against our impacts wherever they live; and also encourages them to realise this land is our land, all of us, not just a white elite of landowners.

It will be unlike anything they will have seen – or heard. In fact it is a show for both the eyes and the ears with wonderful original music by the very talented Polly Wright.  I don’t want to give too much away but audiences will go on a walk into the reserves and around them will unfold a series of short filmic stories that add up to one big story.  The stories are about grief, love, rebellion and transformation – there’s humour in there, politics but also poetry and superb character work from TF’s talented performers. And all of this in two of the loveliest spots in England.

I hope it will change the way they view the landscape they inhabit; give them courage to defend it and simply see it differently, as their landscape; I also hope it provides a safe and fun pretext to reflect on the crisis we have all gone through.

Murmurations will take place at National Trust’s Wicken Fen Nature Reserve from the 17th to 19th September and the RSPB Strumpshaw Fen Reserve from 24th to 26th September. To find out more about the production, visit here…