The memories we hold make us who we are, significant life events stored and recalled upon dependent on circumstance. Reviving Peter Gill’s Small Change, last performed in 2008, George Richmond-Scott revisits the memory play, a show examining teenage-hood, motherhood and the rebuilding of a community in post war Britain. 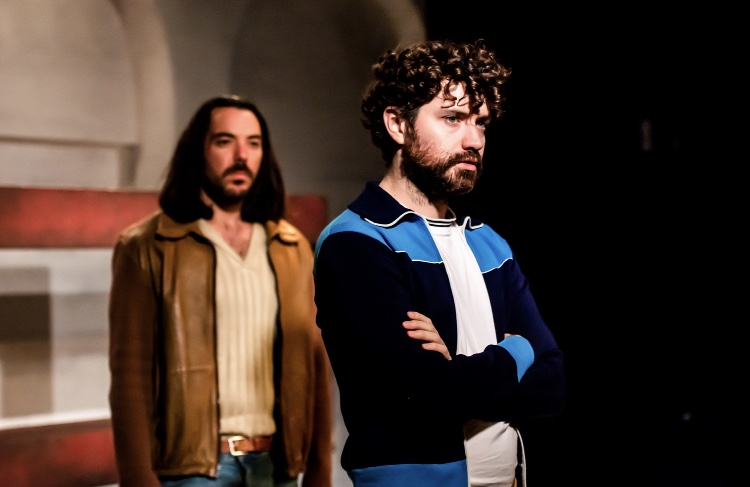 Set in the East side of Cardiff, between the 1950s and 1970s, Small Change traces the ever changing dynamics of various relationships – between mothers and their sons and childhood friendships. Gill’s script intelligently observing the multiple strands of a community trying to get by post war. A great feat to capture with only a cast of four. Matriarchs Mrs Harte (Sioned Jones) and Mrs Drsicoll (Tameka Mortimer) do what they can to hold the family household together, typically thinking of others first before themselves. The family dynamic swaying between the light hearted to the more tense between both sets of mothers and sons, the battle for autonomy prevalent in both teens.

Gerard (Andy rush) and Vincent’s (Toby Gordon) strong childhood friendship bond echoes throughout the piece, like brothers they confide in one another, their friendship an escape from the daily harsh realities. Richmond-Scott directs a down to earth yet imaginative piece of theatre, the mothers resilient, fighting their own inner battles. Their sons, full of energy, both trying to seek out their futures and do what they can to get by. Steady paced, Small Change focuses on time, and its impact on individuals, communities and relationships. This is an important aspect of the show that could be worked on more so, giving the piece additional emotional weight and nuance. The ensemble are our storytellers, illustrating the elemental details of their coastal surroundings with anecdotal speeches, memories forming a key part of their experience, Small Change a show pondering on the significance of memory.

Small Change is currently showing until Saturday 2nd October 2021 at the Omnibus Theatre. To find out more about the production, visit here…

« Previous post
Double Bill: Equilibrium|ZERO (A Festival of Korean Dance 2021) Review
Next post »
Cultural Thinker and Researcher Suzanne Alleyne talks about ‘Can we talk about Power’, a series of online conversations produced in partnership with Suzanne, The Barbican and Banff Centre for arts and creativity