It’s said that we’re in the fourth Industrial Revolution, an era characterised by automation.  An era where various industries have slowly seen a shift towards automated technology. The increase in ‘Machine to Machine’ communication (M2M) and the ‘Internet of Things’ (IoT) –  The processing and sharing of data by physical objects via sensors, software and other technologies to other devices, systems and communication networks. An exploration of this new era of industry, Daniel Nicholas‘ Eugene questions the role of Artificial Intelligence within our lives and what this could mean for the possible resolution of societal issues. 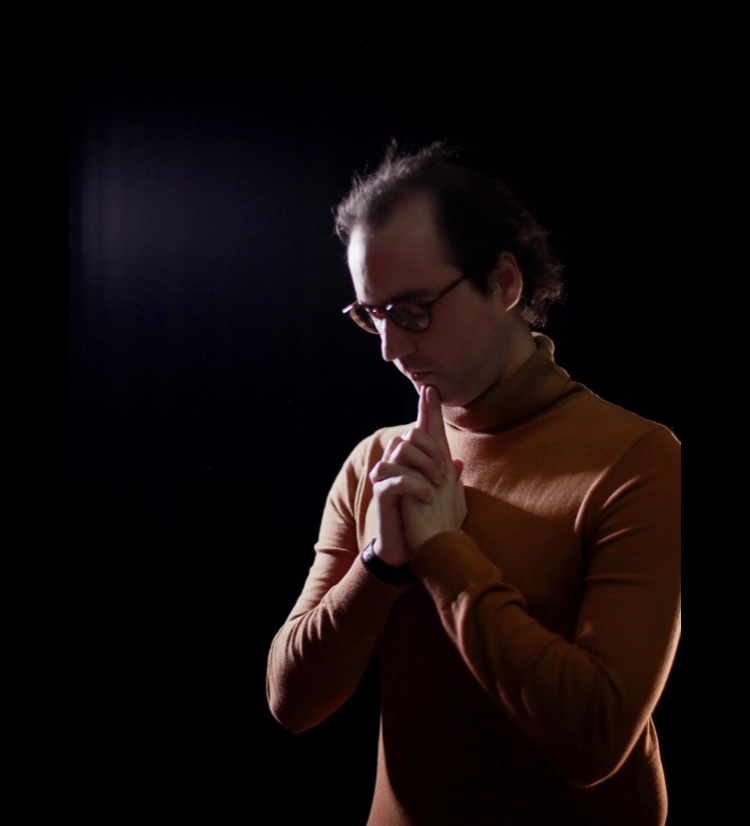 Made accessible with an audio description option if required, Eugene integrates the technology of our smart phones and the Difference Engine application for hearing impaired audience members and entertains with an interactive evening. An amusing commentary on our technological era, the production takes the entertaining conventions of tech product launches, made iconic by the likes of Apple, and envisions our possible machine based future. An evolution of Amazon’s Alexa, Eugene – made possible by Hubris Industries, can figure out the solutions to the climate crisis, a pertinent issue currently being discussed at the COP26 climate conference.

A sign of our times, the production starts with us all getting to know ‘Eugene’, a screen that communicates with us, without much human intervention which is a bit of a novelty – a strange yet entertaining experience. We are then able to shape how the evening will go with the answering of a single question on the app which is an exciting prospect. Nicholas’ comical, overly confident tech genius a symbol of what lies ahead. A quirky, lively presentation beginning with the introduction of ‘Eugene’, very slowly descending into a chaotic oversharing of Nicholas’ personal life. The production naturally lending itself to comedy – in Hugh creating a machine apt at resolving issues that require a binary/logical approach, the topic of ethics emerges, we humans able to empathise, sympathise and problem solve via multiple means – an aspect of the human condition machinery hasn’t mastered.

The role of A.I. is one of our most important talking points this era and one that we’ll continually observe, experience and question – Emily Howlett brilliantly capturing the absurdity and entertainment of the phenomena that is the product launch, an extension of the visionary eye one has when building and launching tech such as this. A show that leaves you pondering.

Eugene was on tour from Wednesday 24th September until Tuesday 9th November where it was performed at the Camden People’s Theatre. To find out more about the production, visit here…