130 years after Oscar Wilde’s infamous fable of narcissism and decadence, Dorian Gray is back in a rock musical adaptation. ‘Can you hear me?’ he asks in his opening ballad. The answer, over swishy synths and a store-bought drum track is, unfortunately, yes. Writer-director Linnie Reedman weaves in some pertinent advice from Wilde himself: ‘If one hears bad music, it is one’s duty to drown it.’ Wilde was thinking of conversation, but with Dorian: Rock Opera streaming to your living room, a stiff drink might also help. 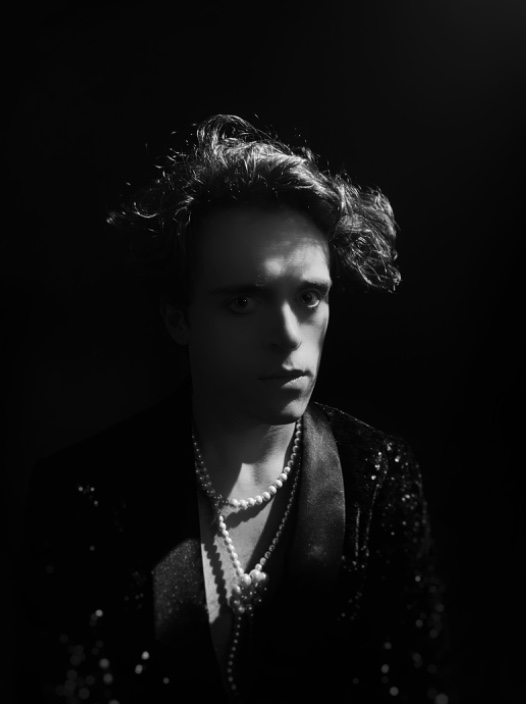 Bart Lambert, in the title role, is not a bad singer by any stretch; he is just dealt a rotten hand of howlers for lyrics from Joe Evans. We’re barely out of the first number and Dorian is asking the Big Questions: ‘What is love? […] Who am I?’ It’s the kind of thing you can get away with (just) on the ramparts with Hugh Jackman, but to open with a slow-starting solo and such lyric bombast feels like a misfire. It is not the last. Through the 100-odd minute runtime, we’re knocked between shoehorned rhyme (‘I do declare,/ You’ve got the flair./ […] Follow desire;/ You’ll set the world on fire) and plain nonsense (‘I think I’ve hit the mark,/ shot an arrow in the air’). Before long Dorian and his girlfriend Sybil Vane (played by Fia Houston-Hamilton) are just quoting power ballads at each other. Dorian/Mariah: ‘I want to know what love is’. Sybil/Pink: ‘What about us?’

It might just score some so-bad-its-good laughs, if only Dorian didn’t also manage to drag. Evans’ songs appear from the midst of dialogue without much sense of purpose and the music itself doesn’t go anywhere: verses and choruses melt together without leaving anything memorable. In the meantime, it’s past halfway before we return to the actual painting itself. It’s clear Evans is thinking across genres – from a shuffling bosa nova to what sounds like country rock – but there’s no coherent atmosphere to make up for the lack of good tines. The same is true of the camera work; moments of interest, like a dolly zoom into Houston-Hamilton’s cabaret number, herald a whole song of placidly panning left and right.

Part of the problem is Reedman loses a sense of where the audience might have been in a live production. Reedman’s cast walk between countless sets without giving any sense of how they connect. It’s a case of picking a side: commit to streaming a representation of a live play, with sensical blocking and a sense of theatre-space or, arguably, ditch the stage makeup and commit to filming with a little more sustained enthusiasm.

Ultimately, the performances in Dorian are not lacking enthusiasm, or talent. Johanna Stanton stands out with some powerful vocal work as Lady Henry and the characterisation of Lord Henry and Basil (played by John Addison and Lewis Rae, respectively) is strong. There is, however, only so much they can do. The costumes (from Belle Mundi) and set have an endearing, Fringe quality, but Evans’ writing takes itself far too seriously. Ultimately, for a story about the pitfalls of self-obsession, Dorian is desperately lacking in self-awareness. Reedman uses Wilde’s words again: ‘Everything becomes a pleasure if you do it often enough.’ You can stream Dorian on a loop, but it might prove the exception.

Dorian: Rock Musical is currently available to stream until Sunday 28th November 2021 at streamtheatre.com. To find out more about the production, visit here…