Salomé’s biblical story has been one of much intrigue, the daughter of Herod II and Herodias, a memorable request made by her, one that has inspired man a retelling, her story referenced throughout art, literature and drama. Adapted by Oscar Wilde in 1896, the one act tragedy includes the depiction of the heroine’s dance of the seven veils as well as her shocking request. Presenting a regendered interpretation of the tale, Lazarus Theatre Company craft a 75 minute spectacle, filmed earlier on this year at the Southwark Playhouse and now available to catch on demand. 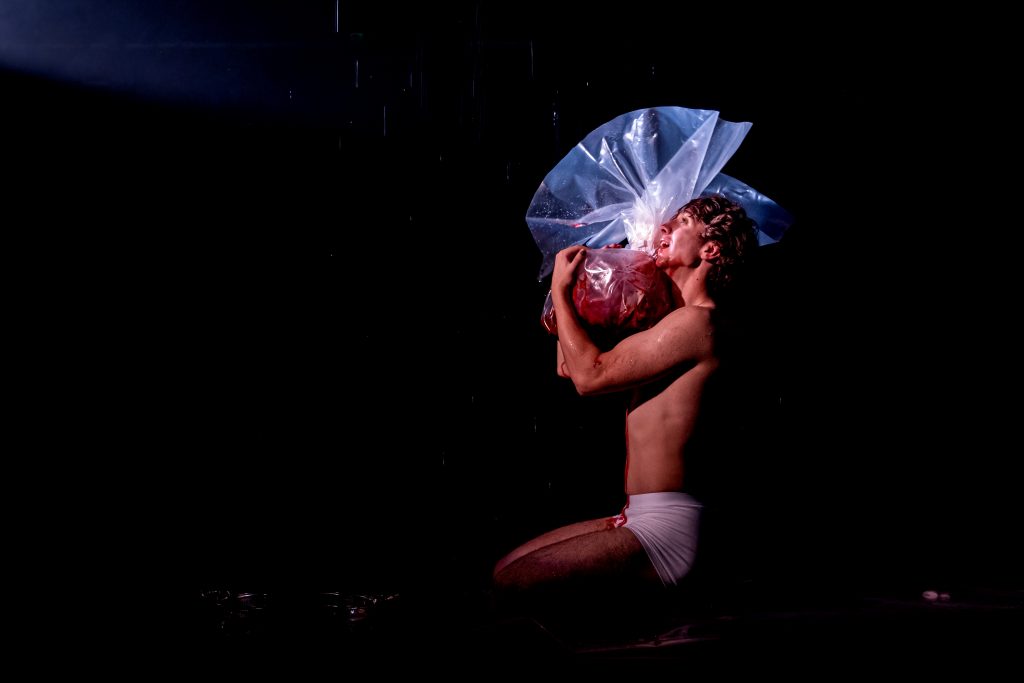 A timely spin placed on the classic, Lazarus’ production creatively places the poetic words of Salomé, a typically female played role and observes them via the lense of a male – although a bold choice, carries a subtlety with it, a quiet challenging of masculinity and what this means which is thoughtful. Sorcha Corcoran‘s production’s white, catwalk staging entrances, the design choice a beautiful nod to a now alternative realm established, one occupied by nobles, gods and other worlds. An integral feature throughout, Lazarus’ slick convention of integrating set changes into the action is a much welcomed one, the ensemble transforming the set piece from an outdoor walkway, to a lavish dinner, to ultimately a dramatic death bed, the set itself quietly narrating the production’s narrative arc.

To find out more about Salomé, visit here…

« Previous post
The Curious Case of the Dog in the Night Time @ Troubadour Wembley Park Theatre Review
Next post »
SeatPlan talk about their theatre venue and listings site!