Shortly after accepting the invitation to the London International Mime Festival’s variety show Short & Sweet choreographed and curated by Thick & Tight, aka Daniel Hay-Gordon and Eleanor Perry, I panicked that I wasn’t qualified to review such a refined art form. But once I got over myself, the sincere grace of these joyful performers won me over with ease. 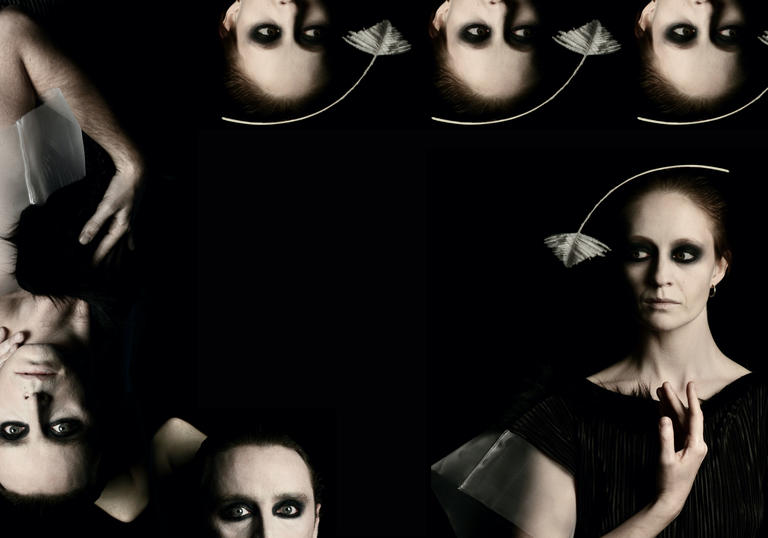 After a brief notice explaining why one half of Thick & Tight will not be joining us – Covid – things get underway with the first performance: Two Moths in Real Time(now just One Moth in Strange Times). The dance is undeniably artful and even beautiful at moments, but I’d be lying if I said I was captivated. After a long day at the office, one half of an interpretive dance duet is not going to keep my attention. I am certain it is my failure, not the valiant Daniel’s, but I begin to think this might not be for me.

It takes Sid Vicious to slap me out of it: Connor Scott’s frenetic one-person portrait reveals the appeal of punk as well as the vulnerability of its most notorious pin-up. The act not only makes me want to learn more about Vicious, but about Scott too.

And this is true for everyone else on the line up with their odes to the great and the good, from Grace Jones to Rasputin – and yes, even the moth in retrospect – connecting me as much to the performer as to the individuals they are embodying. A sentiment summed up by Azara Meghi, who flits between her own narrative and her heroine’s, Grace Jones, who thanks the audience and insists, “we’re the same”. Their self-expression is as important as our experience of it, and once you get on board, the show is a delight.

It is the Corali Dance Companyand the Camberwell Incredibles, composed in part of neurodivergent artists, who steal the show with their homage to Edith Sitwell and her lifelong celebration of difference.

Mime, dance, or whatever the queer-influenced, lip-synching, genuinely diverse troupe that Thick & Tight had brought together had each, in their own way, convinced me that this was definitely for me.

Thick & Tight: Short & Sweet was shown from Tuesday 25th until Saturday 29th January 2022 at the Barbican as part of this year’s London International Mime Festival. To find out more about the production, visit here…