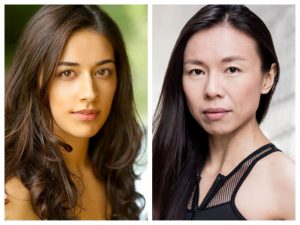 Having received its UK premiere at the Orange Tree Theatre last year, Michele Lee’s award winning Australian drama Rice explores the interweaving worlds of Nisha – a highflying executive of Golden Fields, Australia’s largest producer of rice and Yvette, a cleaner at the company fuelled with ambition herself, however faced with challenging circumstances as her daughter faces court after participating in a protest. An observation on ambition, family, gender and cultural heritage, RICE offers a rich narrative placing the experiences of a company’s first Indian female CEO and a chinese migrant to the fore. Currently on a UK tour, the show’s next stop is at Stephen Joseph Theatre from Friday 4th until Saturday 5th March, before playing at the Crucible Theatre (7th to 9th March), Unity Theatre Liverpool (17th to 19th March), Theatre Royal Bath (24th to 26th March) HOME Manchester (29th to 30th March), Northern Stage Newcastle (1st to 2nd April) before concluding at York Theatre Royal (13th to 14th April). Taking on the role of Nisha – Anya-Jaya Murphy and Yvette – Angela Yeoh, both performers tell us more about starring in the production.

Hi Angela and Anya, you’ve recently been announced as the new cast members of Michele Lee’s award winning production RICE which will be embarking on a UK tour from the 5th Feb until 14th April. How are you feeling?

Angela: I’m delighted to be performing this piece of new writing from Australia for audiences across the UK. It’s a play that defies convention, and is infused with humour, hubris and humanity. I love taking audiences on a journey, making them laugh, and overturning expectations. I’m excited we get to do this in nine gorgeous theatres, from Plymouth to Newcastle.

Anya: Hello! Thank you for all of your questions. I’m feeling great – this is a project that I’m really proud of and we’ve worked hard to put it on stage. The story allows for a lot of connection with the audience, which means they are on this ride with us from the beginning. They are an integral part of the piece.

RICE  is an exploration of gender, globalisation, family and friendship as an older Chinese migrant cleaner and young hotshot Indian executive navigate running a multi-billion dollar org. What drew you both to the production?

Angela: Michele Lee’s great writing and characters drew me to the production, as well as director Matthew Xia’s vision. It’s fun seeing two flawed female protagonists really go for what they want, and get things wrong. And as an actor, it was an extremely enticing creative challenge for me, getting the chance to bring to life five very different characters on stage.

I’ve always been passionate about the power of stories to shine light in dark places, surprise audiences, reveal truth, and inspire change. Before becoming an actor, I worked as an international reporter based in Australia, Brazil, France and China – including for the Wall Street Journal, BBC World Service, and ABC. In my work as a journalist, I noticed that so many social and environmental problems come back at their root to a distorted relationship with money. So it’s been an ongoing interest for me as a storyteller: how to open up vital conversations about the imbalances of neoliberal capitalism. RICE has fun using humour and pathos to explore some of these themes.

After seeing the London production of RICE, and hearing they were recasting for the tour, I reached out to Matthew to ask to audition for the role of Yvette. Happily, he said yes, and we’re now on tour!

Anya: I hadn’t seen a story like this depicted on stage before with two women from the global majority. When I first read the script, I was really drawn in and wanted to know what would happen next. I could feel the pace of my breath quicken as the journey of the characters unfolded. The two protagonists are constantly facing new obstacles to overcome, and it’s as if they are sprinting on a treadmill until the final act, where the play takes a different turn.

I also really liked the fact that the story is told through different characters, but played by the same actors. There are a number of character changes in the play, so the audience get to see a multitude of personalities alongside our main characters, from Yvette’s teenage daughter, Sheree, to Valerie – a Russian woman in her sixties who is Yvette’s supervisor.

How have you both prepared for your roles?

Angela: I’ve drawn on personal experience: growing up in Australia, working as an international reporter, and having a long-standing interest in global issues – including food supply and land usage – as well as socioeconomic justice.

As an actor, I could already do Australian, Chinese, and American accents. Honing an Indian accent required additional work, because I had limited experience with Indian communities, and felt extra responsibility to ensure what I’m doing is accurate and respectful. We had the support of a dialect coach, and I also listened to interviews online with native Bengali people speaking in English.

This show has given me the chance to synthesise many parts of my journey so far as storyteller / explorer / mover / performer / clown / human. Both my one-hour solo shows are in direct address with the audience. I love being a very physical performer and making people laugh. And it’s both fun and vital to challenge audience expectations on what people can be.

Anya: I made sure that I kept myself fit and agile – physically, mentally and vocally. Movement was important to me in this process; being able to differentiate between characters and work from a practical, tangible place to tell their stories. Working with Laban efforts, for example, really helped me as a way in to explore each character I play. As well as the movement, I worked on establishing the voice and accent of each character with our dialect coach, Catherine Weate. She was really helpful when it came to picking up on the specificities of each sound. As we are transitioning in and out of characters quickly, I made sure to have a phrase or two for each character that I can tap into before every show, which helps with the switch.

There is also a lot of complex corporate language in the play, some of which I wasn’t familiar with at the beginning of the process. I therefore had to do my research to know exactly what I was saying and the context in which the language is being used.

The production is presented by Actors Touring Company and Orange Tree Theatre in association with Theatre Royal Plymouth. Directed by Matthew Xia, with lighting design by Bethany Gupwell, sound design by Lex Kosank, set & costume design is by Hyemi Shin and movement direction by Asha Jennings-Grant. How have you all worked together to realise the show?

Angela: It has been a very collaborative process. With Matthew we dug deep into the characters to understand what is driving them in each moment. Then creating a distinct physicality for each character was vital for clarity; we worked with Asha to discover and refine how they walk, gesture, move and switch. We also worked with dialect coach Cathy Weate to hone several different accents.

Many creative questions had already been solved for the London production. This meant, for example, the set, lighting and sound design were mostly adapted and tweaked for our tour. Hyemi’s smart design, Beth’s expressive lighting, and Lex’s evocative sound all help support the many transitions between characters and locations through a dynamic 90-minute journey.

Matthew’s sharp eye for detail and great sense of humour made it a lot of fun to play, discover and fine-tune the play. Then putting it in front of live audiences is the final collaboration, as we imagine and journey together in the magic of theatre. Look forward to making more discoveries with new audiences on tour!

Anya: The team have been amazing. We’ve all approached this project with a really collaborative nature, as everything is intertwined, from the movement to voice to sound and lighting. We worked with Asha, our movement director, to make sure we established varied physicalities for each of our characters – this was so fun. Catherine our dialect coach helped us to voice our characters – she has such a tuned ear for picking up on tiny nuances with each accent, from Indian to Russian to Australian. Matthew, our director, was vital in putting all of the different segments together and making sure that we were telling a clear story. The cherry on top was working with Lex our sound designer and Bethan our lighting designer to amplify the story on stage.

What have you learned/taken away from being part of the production?

Angela: It has been such a joy working together with the whole team to get RICE ready to go on tour. Theatre is magic. I’m a big believer that imagination and playfulness are vital in helping us dream and build a better world together.

Learning an Indian accent is something I never imagined I would be asked to do. Finding ways to play other humans with joy and love has brought expansiveness and empathy. I’ve relished the challenge of creating five different characters with no costume changes, and growing in every way as an actor. And the journey continues…

Anya: I’m constantly learning new things from every show I do. The learning never stops, there might be a show where I will listen to a line and think…’Gosh I never heard it like that before’, or ‘Oh, that’s what that means!’ That’s why I love this work – it keeps me curious.

Angela: My hope is that audiences can come and have their own experience of the show! We hope to invite them to experience this international story in their own way, guided by an unusual pair of narrators, with a cast of ten very different characters. The script is both funny and heartbreaking, with many surprises and turns.

Anya: This play explores the formation of a friendship and bond between two women from completely different upbringings and backgrounds. It’s a story that, at its core, reminds us that we are more alike than we might think. The play touches on universal themes including love, to be understood, forming meaningful relationships with others and what it means to find our purpose in life.

What would you like for audiences to take away from this drama?

Angela: Seeing us play such a range of different characters, I hope audiences may be inspired to embrace a fuller spectrum of possibilities that reside within each and every one of us. I would love more scope for everyone to express their unique selves fully and compassionately, free from expectations or limitations that can get in the way of that flourishing. The world needs us to show up with all the hope, imagination, vulnerability, creativity and love possible. I hope this show may, in some small way, help open up more space for this.

Anya: I want this play to serve as a reminder that our lives are short – cherish those who are there for you and will support you through thick and thin. The people who will tell you the truth through all of the seasons, even when you won’t want to hear it. The relationships we might take for granted, but are in fact our pillars in life. Keep those people close.

Tour dates are as follows:

To read our review of RICE, visit here…