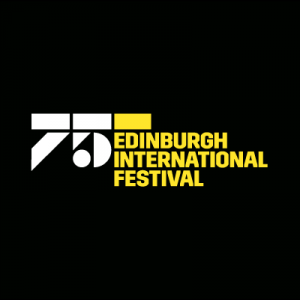 Taking place from 5th to 28th August, Edinburgh International Festival marks its 75th year since its founding, returning yet again with a mixed programme of opera, classical music, dance, theatre, contemporary music, circus and digital events. A diverse theatre programme including Liz Lochhead and Michael Boyd’s (National Theatre of Scotland) Medea, Kae Tempest, Kyle Abraham’s An Untitled Love, Belvoir S.Shakthidhara and Eamon Flack’s Samsara and Odile Gakire Katese and Ross Manson’s The Book of Life amongst others, this year’s festival will also feature a season very pertinent to current circumstances titled ‘Refuge’ – a season of contemporary theatre, dance, visual art, film and conversation questioning what it means to be international in today’s world. With this year’s programme officially announced, festival director Fergus Linehan tells us more about what to expect from his last programme before musician Nicola Benedetti succeeds as director later on this year.

I’m feeling really good because it’s a full programme and we haven’t done that since 2019! We did in 2020, but then we untangled it all, so it’s really nice to be back.

This year’s focus will be on the theme of ‘refuge and migration’, a pertinent facet of humanity that continually shapes society. How have you approached curating this year’s programme with these themes in mind?

Those themes are there, I wouldn’t say it’s across the whole programme. As we were putting this together, we had a lot of commitments from previous years that we had to honour, but there’s no doubt that it’s on artists’ minds at the moment. And just internally, the questions were not simply about refugee status, but also the idea of migration and why people leave. Even if you go back to the piece about Ibn Buttata –Ibn Battuta: the Traveller of Time (a famous muslim explorer renowned for writing ‘the Rihlah’, a famous travel log in the 1300s) and how he could walk the entire muslim world, without passing through any borders, and how the idea of borders is a relatively recent phenomenan, and the hardening of it, you move from the position of seeing the incredible benefits – and the big story is, I guess, we wouldn’t have the festival we have if we hadn’t done that.

2020 marked the first year in EIF’s history of not physically taking place due to the scale of what was happening at the time. How were you able to adapt the programme during this time?

It was really difficult and messy! We did get things out the door, but it definitely sent us spinning in quite a lot of ways! We were very lucky, we had a lot of support through it. Like everyone else, we tried to create filmed work, we did some really interesting things, like we put up all these lights into the night sky in Edinburgh, even though we weren’t allowed to create an event. I do find it difficult to think fondly on 2020, much more so on 2021. Being honest, I’d say by 2021, we knew what we were doing, but in 2020, it was a bit of a mess. But as I say. I say that knowing that if you were a freelance artist or arts worker, you were having a much much worse time.

2022 marks your last year as EIF’s Director, having taken on the role in 2015. What within your time have you taken away from the experience?

I’m very proud to have worked for the organisation, and I’ve learned a huge amount. It’s a hard one because it has been skewed by the last 2 years, both good and bad, and that becomes the narrative. I’m quite glad to stop for a minute because I think we’re in a very interesting time at the moment. In a weird way, throughout the tenure of something like this, you become less certain about things. When anybody normally sits down to do a programme, you go ok, I’ve got these principles that I’m pretty sure of, but I actually feel less sure at the moment in terms of me going “What’s going to happen within the next 2 or 3 years?” I’m very happy to step back and observe for a little bit, because in terms of the role the International Festival played 10 years ago, I think the expectations around it have shifted quite a lot. It’s been an amazing ringside view of things.

What can theatre goers expect from this year’s festival?

Some really considered and humane responses to where we are. I think in theatre, theatre has got a lot of heart at the moment and it isn’t necessarily about you know, “Oh my gosh, I went to this thing, and they used projection, they did this incredible piece, in terms of – it looked amazing.” With writers like Hanya Yanagihara, it’s such deeply, personal stories, and I think you’ll hear those from Sri Lanka, from the US, from Uruguay, from Rwanda, but there’s no doubt that it’s not a moment for just explorations of aesthetics, it’s a moment for people trying to make sense of a very confusing world with a lot of heart and humanity.

What would you like for audiences to take away from the programme?

I suppose it sounds romantic but, rethinking the idea of being a global citizen. The original thing with the festival, which was about our shared sense of humanity, that does feel really urgent right now. Where we’re all at at the end of the pandemic, which is not simple, if we do all gather together, this is an opportunity to think about that a little bit.

This year’s Edinburgh International Festival will take place from Friday 5th until Sunday 28th August 2022. To find out more about the festival, visit here…