Black Love is a joyous musical for grownups that manifests radical self-love and unapologetic storytelling serving some home truths to our white counterparts. The whole energy of the piece is playful with an upbeat black feminism which sends a strong message of solidarity far and wide. 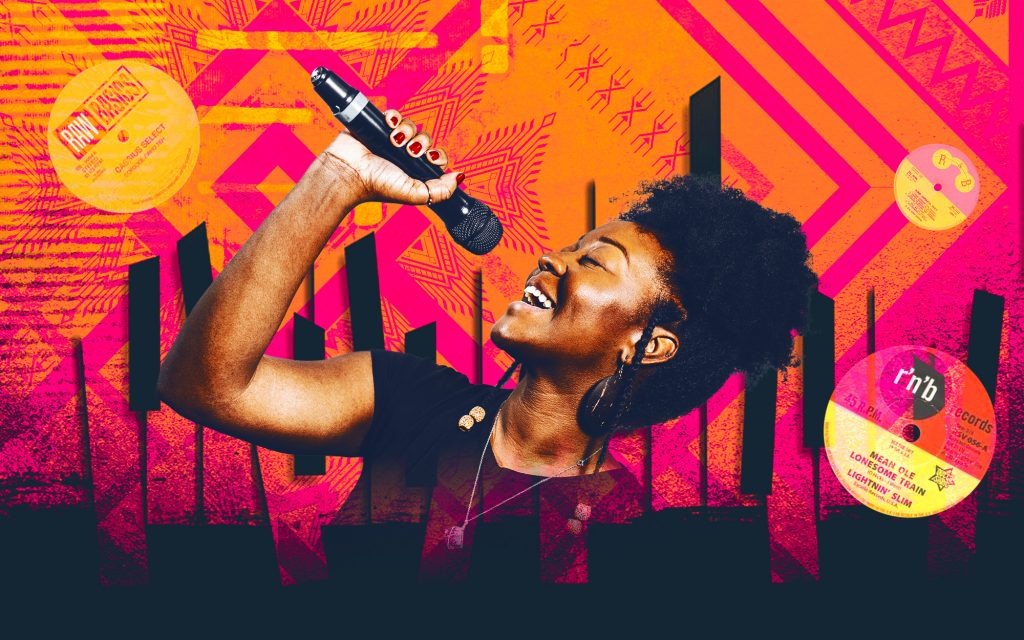 The black love which is celebrated and central to the story is that of two siblings for their bereaved mother, and of a familial love between brother and sister, and of Aurora’s memory of the romantic love between her mother and father. Aurora is played wonderfully by Nicholle Cherrie who commands the stage with her reclaimed sexuality and celebration of love. She gives the most from the trio singing solos, intricate dance movements, and being the vent for her brothers tirade on black women, and yet the story isn’t really about her. It takes some time to identify where the narrative is going which only adds to the well-crafted suspense of the piece.

The antagonist comes in the form of Lois, played by Beth Elliott, a white girl in hoop earrings and hair pulled back in a long ponytail who moves like a member of the Brady bunch but talks like she’s a posh Eastender. The most captivating moments are the scenes with her and Orion, Nathan Queeley-Dennis, who takes on a role reminiscent to Othello and Lois, that of Iago.

There are some really catchy songs in the line up which are delivered in an old-school jazz-hands fashion that contrasts nicely with the modern writing style. The in-the-round minimalistic white set fit the scene really well with hanging white jagged boards bringing the atmosphere during dramatic scene transitions where the lighting becomes an art installation in its own right. References to George Floyd’s “I can’t breathe” sounded in the darkest of moments and yet this is still a beautiful celebration of black love and black women that uplifts and entertains without shying away from the hard facts of reality.

Black Love is currently showing until Saturday 23rd April at the Kiln Theatre. To find out more about the production, visit here…