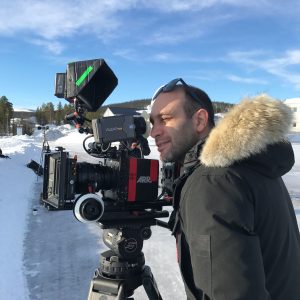 The world beyond our own has been a source of inspiration for thousands of years, Astronomy a natural science concerned with the universe beyond ourselves and the celestial realm. The invention of spaceflight in the 1960s one that has for the past 60 years helped to start bridging the gap between us and the world out there, inspiring imagination and innovation. In 2015, astronaut Tim Peake and his fellow team ventured the International Space Station (ISS) to complete a spacewalk, the mission taking a total of 185 days and witnessing Peake even running the London Marathon whilst there. Combining the images taken from some of the European Space Agency’s (ESA) locations and compositions, BAFTA and Ivor Novello Award nominated composer of TV and film Ilan Eshkeri presents Space Station Earth to play at the Royal Albert Hall on 15th May. Ahead of the performance, Ilan tells us more about what to expect! 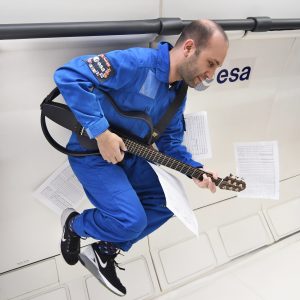 Hi Ilan, your show Space Station Earth will embark on a European tour, starting at the Royal Albert Hall on the 15thMay and moving into Europe later in the year, how are you feeling?

Space Station Earth has taken six years to create and so I am really excited to finally be able to share it with the world. The Royal Albert Hall is a legendary venue, so I would be lying if I didn’t admit to being a little nervous at stepping out onto the stage there but I cannot think of a better place to premiere show.

Space Station Earth is a music-led, multi-media experience that allows the audience to see through the eyes of astronauts and to contemplate our planet, the stars and the exploration of the universe. What inspired you to explore this facet of humanity further?

Ever since I was a boy, I have been fascinated by space both in science fiction and real human achievement. When astronaut Tim Peake contacted me about producing some music for the films he was going to make aboard the International Space Station, I took the opportunity to visit him at NASA where he was training. It was such an inspiring trip that the idea for Space Station Earth was born.

The show is a combination of compositions created by yourself and film with astronauts aboard the ISS as well as images from European Space Agency locations. How have you approached creating the show?

The first thing I did was to create a book which outlined the emotional narrative. I then had to go through the enormous space agency film database and choose the footage that we needed as well as travelling to the various locations to film additional footage. Whilst doing this, I worked on the music, initially coming up with synth ideas and adding melodic elements to it later. The editorial team cut the images to the music I was writing so it was a very symbiotic process.

Each show will begin with a Q&A with ESA astronauts. Tim Peake is the special guest joining the Royal Albert Hall show. How have you approached organising this part of the show and what can be expected from it?

I have learnt to appreciate our planet from a different perspective. Many of the astronauts arrive at the International Space Station and realise that if they don’t look after the vessel they are traveling in and the people they are with, they won’t survive the journey. Then when they get their chance to look out of the cupola they realise the same thing is true for us on planet Earth, we need to look after each other and our planet if we are going to survive.

They can expect to see through the eyes of an astronaut, not just literally the things that they have filmed but the music also creates a sense of the emotional experience that all astronauts share.

I would like the audiences to take away the experience of being off the planet and looking back at it. It is said to be so powerful for the astronauts that it creates a shift in consciousness.  There are so many facts and so much information about travelling to and living on the International Space Station but nobody had ever tried to express the emotional journey that the astronauts go on.  I hope Space Station Earth audiences have a feel and a sense of their journey.

Space Station Earth will play on Sunday 15th May 2022 at the Royal Albert Hall. To find out more about the production, visit here…