DENZEL WESTLEY-SANDERSON, WINNER OF THE RTST SIR PETER HALL DIRECTOR AWARD 2021, TO DIRECT THE IMPORTANCE OF BEING EARNEST

It was announced yesterday at a special Royal Theatrical Support Trust (RTST) ceremony that the winner of the RTST Sir Peter Hall Director Award 2021, Denzel Westley-Sanderson, will direct a new production of Oscar Wilde’s The Importance of Being Earnest – in a co-production between English Touring Theatre (ETT), Leeds Playhouse and Rose Theatre. 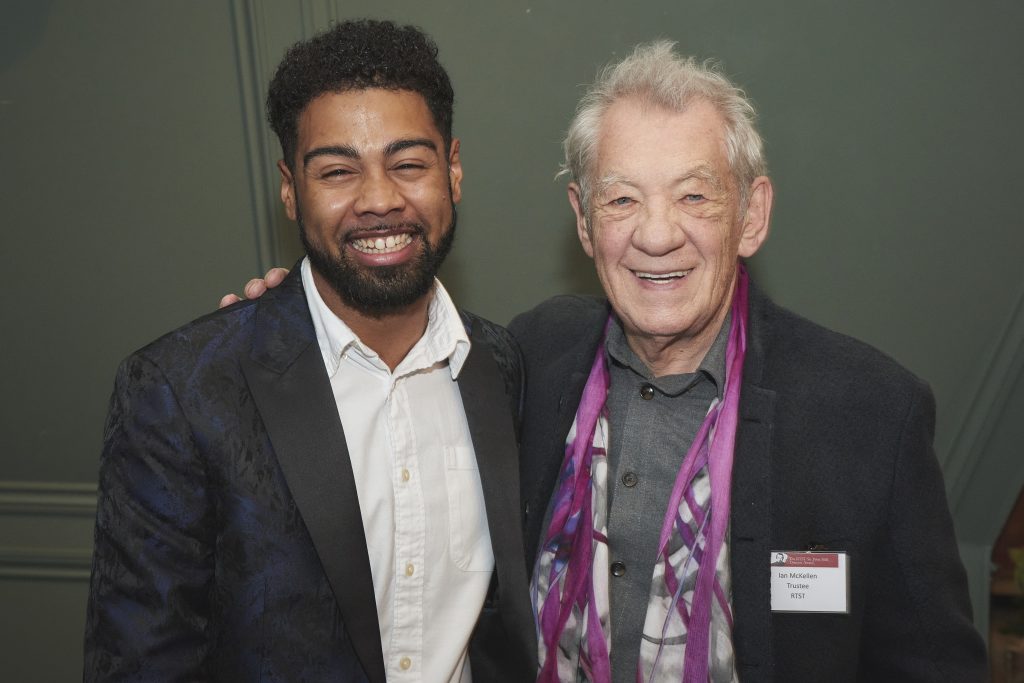 Oscar Wilde’s genius humour meets contemporary culture in this theatrical rollercoaster packed with chart-toppers, shade, wit, and plenty of gags. Award-winner Denzel Westley-Sanderson breathes fresh new life into Wilde’s sharpest and most outrageous comedy: The Importance of Being Earnest. This vibrant retelling brings warmth, relevance, and unique insight to this classic satire about dysfunctional families, class, gender, and sexuality. Denzel Westley-Sanderson’s production of The Importance of Being Earnest will tour in Autumn 2022, with dates and venues to be announced.

Richard Twyman, Artistic Director of ETT and Holly Gladwell, Executive Producer (Maternity Cover) of ETT, commented, “We’re extremely excited to begin work on Denzel Westley-Sanderson’s RTST Sir Peter Hall Director Award-winning production this Autumn. This is ETT’s fourth year collaborating with the Royal Theatrical Support Trust; an award which opens up national stages to a director at a crucial point in their career, giving them the opportunity to share work with audiences across the country. This is a unique award which has led to some of the most thrilling work we’ve made at ETT, and we’re delighted to be working with Denzel on his production, in partnership with Leeds Playhouse and the Rose Theatre. He’s an intuitive, playful, and visionary director and we can’t wait to see what he will do with this iconic text.”

Denzel Westley-Sanderson commented, “I’m honoured to have received the RTST Sir Peter Hall Director Award. Touring is such a vital part of the theatre industry, and I’m excited to be a part of that, and to open the season at Leeds Playhouse with The Importance of Being Earnest. Expect all the sass, shade, and wit this play has to offer.”

Denzel Westley-Sanderson is a Theatre Director and workshop facilitator based in London; Denzel trained at Mountview Academy of Theatre Arts on the MA theatre directing course graduating in 2017.  After graduating, Denzel was a part of the Resident Directors’ pool at the Almeida Theatre in 2017-2018.

‍Denzel has worked across several different genres and styles of performance, working with new writing, musicals, opera, devising and dance theatre, working alongside the CTC Dance Company as the company’s director. In 2019, Denzel directed the show Identity, which won the award for ‘Exciting New Work’ at the Edinburgh Festival Fringe. Denzel has previously worked with the participation team at the Donmar Warehouse on a number of schools project across London. In 2020, Denzel co-directed Jesus Christ Superstar – The Concert at Regent’s Park Open Air Theatre. In December 2020, Denzel was the Associate Director on Dick Whittington at the National Theatre and in 2022 he was Associate Director on Small Island, also at the National Theatre.

To find out more about Denzel Westley-Sanderson, visit here…