After the Echo @ The Old Market (Brighton Fringe Festival 2022) Review

Defined as a pensive sadness, the feeling of melancholy can feel isolating, numbing. A state of mind rarely discussed openly, it can feel never ending. An exploration of melancholy and what it looks and feels like, duo DeRonde/Deroo present Amsterdam Best of Fringe Award winning show After the Echo, described as a ‘glittery ode to melancholy’, the show forms part of Brighton Fringe’s Dutch Season. 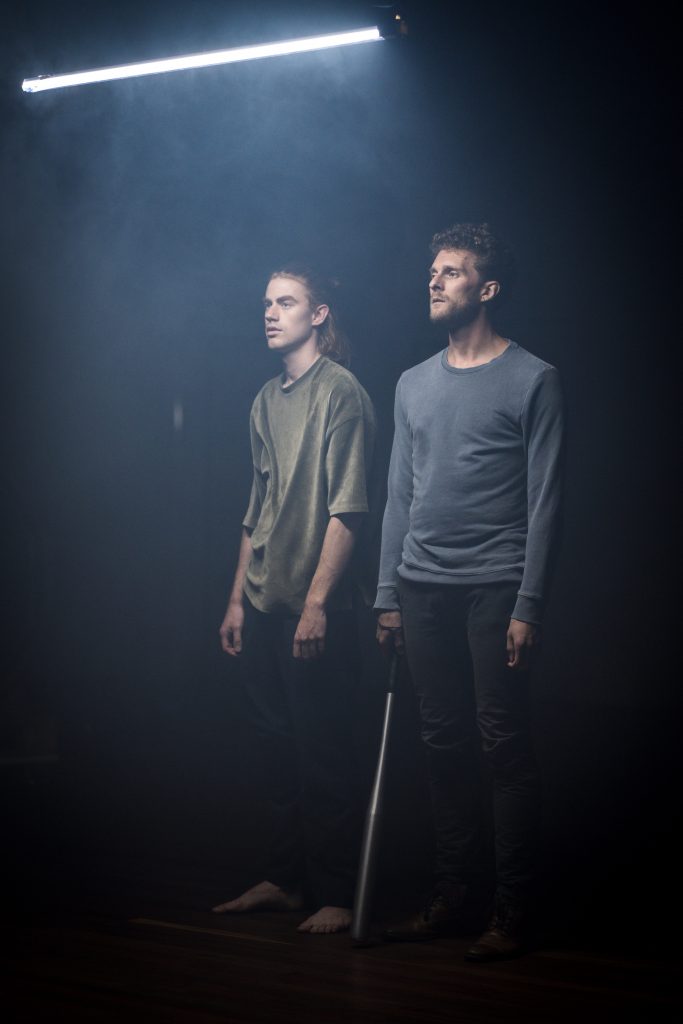 DeRonde kicking off with a soulful rendition of a french ballad, dressed in a sparkly ruby coloured gown, the stage is set for a dramatic encounter like no other. The echo of the ballad rippling throughout the show, DeRonde/Deroo dependent on one another for survival, a camaraderie clear cut from the get go and one that helps both fend themselves against their melancholic world. A billowy, dimly lit landscape mirrors the show’s melancholic air, although there are two souls on stage, feelings of isolation and distance persist, the lack of speech crucial in crafting this silent dystopia.

The duo’s integration of physical theatre is an inventive feature, both holding onto a bright white neon light from up above, as a wind machine controls the climate and their movements, their staring out into the audience for a sustained period of time, as if a silent call for help is profound. This then swiftly shifting into DeRonde swinging a bat through the air whilst Deroo clings onto a fish, before the pair morph into lifts, headstands, attempting to climb up the wall upstage whilst maintaining contact and DeRonde transforming into a stag with the help of two shapely twigs aesthetically potent – these dynamics all working together to build up an intense dreamscape, one that leaves a lasting impression and delves into the feeling of melancholy thoughtfully.

After the Echo was shown from Friday 27th to Sunday 29th May 2022 at The Old Market as part of this year’s Brighton Fringe Festival. To find out more about the production, visit here…