Give Me the Sun @ Blue Elephant Theatre Review

For second generation immigrants, questions of identity constantly arise, whether they’re overtly brought up or consciously contemplated. Inhabiting a new ground culturally, the integration of two or more cultures is a complex realm to get your head around, but one that many of us inhabit. An exploration of the immigration experience from the eyes of a father and son both originating from Egypt, but with the son having lived most of his life in the U.K., Mamet Leigh’s Give Me the Sun perfectly instils varied outlooks of this experience from two different generations. 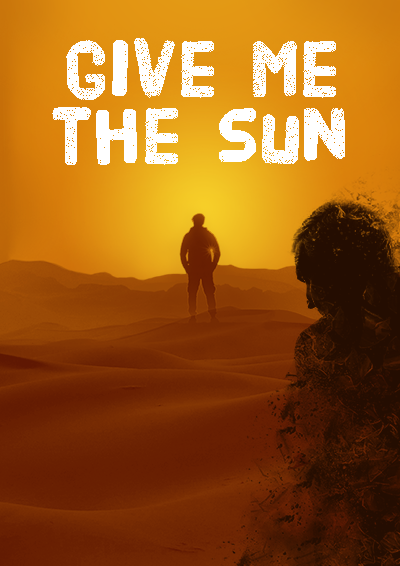 Having left Egypt over a decade ago as a repercussion of the nation’s political uncertainty, Baba (Aso Sherabayani) and Bashir (Joseph Samimi) now pave a new path abroad. Brought up in Egypt up until the age of 4, Bashir dreams of home, his formative years firmly rooted to his home country, his father however desperate to leave the past behind him – once a doctor in his past life, he’s now currently a retail assistant in Tesco, a drastic change in circumstance but one Bashir stoically embraces.

Leigh’s necessary work quietly encapsulates the generational clash between father and son, Baba accepting of current circumstances and conditions and determined not to upset the status quo, Bashir defiant and forever questioning, he’s fearless in his convictions and willing to search for truths. Majid Mehdizadeh directs a silent, sustained, potent hour, tapping into the sensitive theme of grief which is pertinent throughout, and masculinity, both father and son proud of who they are, protective of those around them and strong in their own ways. We watch as a father and son figure out how to talk to one another about the past and what now is. The process of assimilation is a tough one and one that differs dependent on your own prior experiences. Give Me the Sun is honest, our families are what makes us who we are, and when we share experiences such as these, we’re reminded that we’re not alone. A meaningful evening.

Give Me the Sun is currently showing until Saturday 30th July 2022 at the Blue Elephant Theatre. To find out more about the production, visit here…