Tanika Gupta’s Wah! Wah! Girls received critical acclaim last year for its vibrant Bollywood inspired choreography, as well as for the memorable performances given by the cast; in particular, the comedic pairing of quarrelsome couple Bindi and Mansoor. As a result of their increasing popularity, it was only right that the hilarious couple have their own show, hence the creation of Love N Stuff… 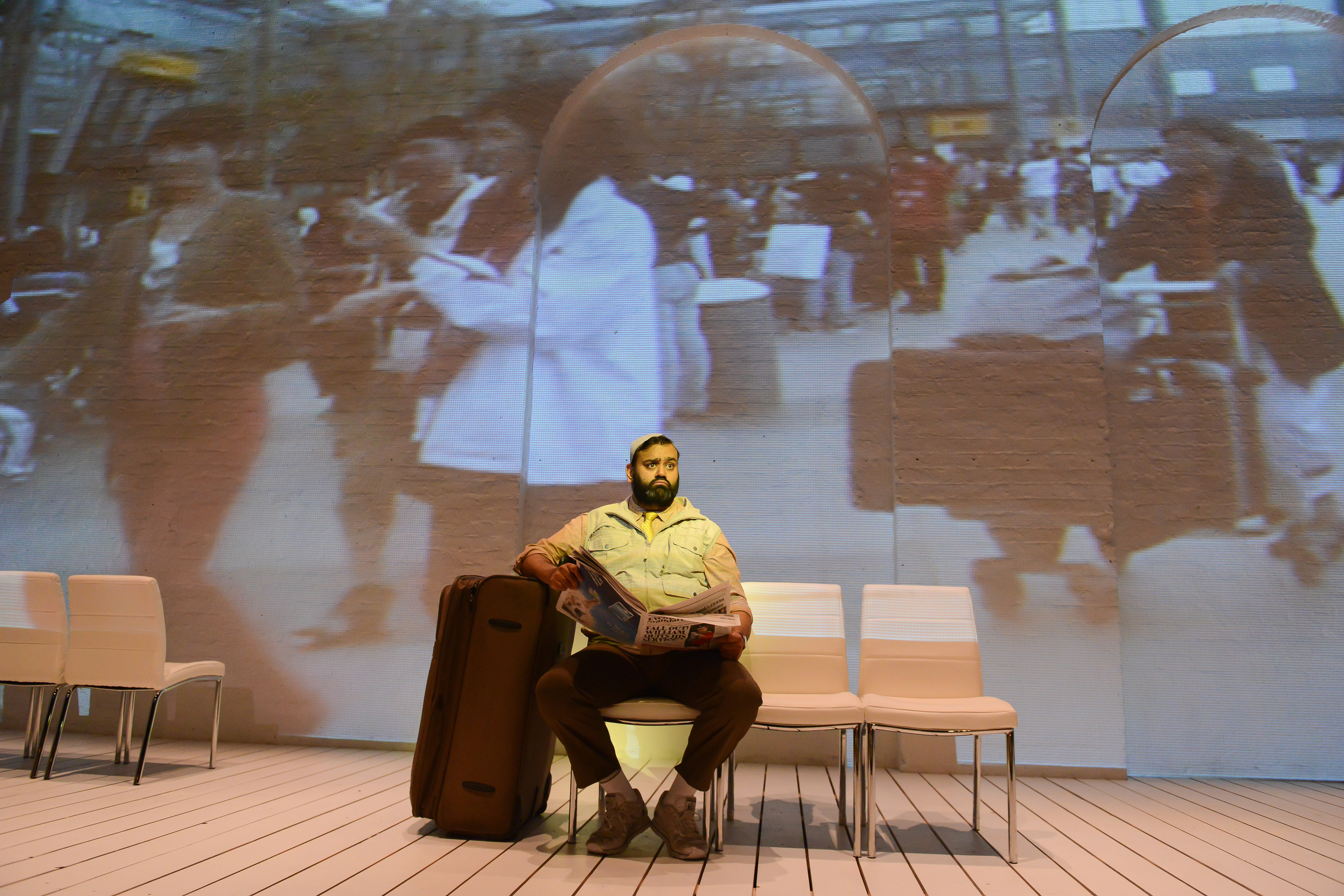 Not even able to agree on the amount of years they have been married for, Love N Stuff centres around Mansoor’s decision to return to Delhi, after having spent over 35 years in the UK. With the prospect of deserting the life established with his wife of 35 years, can Bindi convince Mansoor to stay? 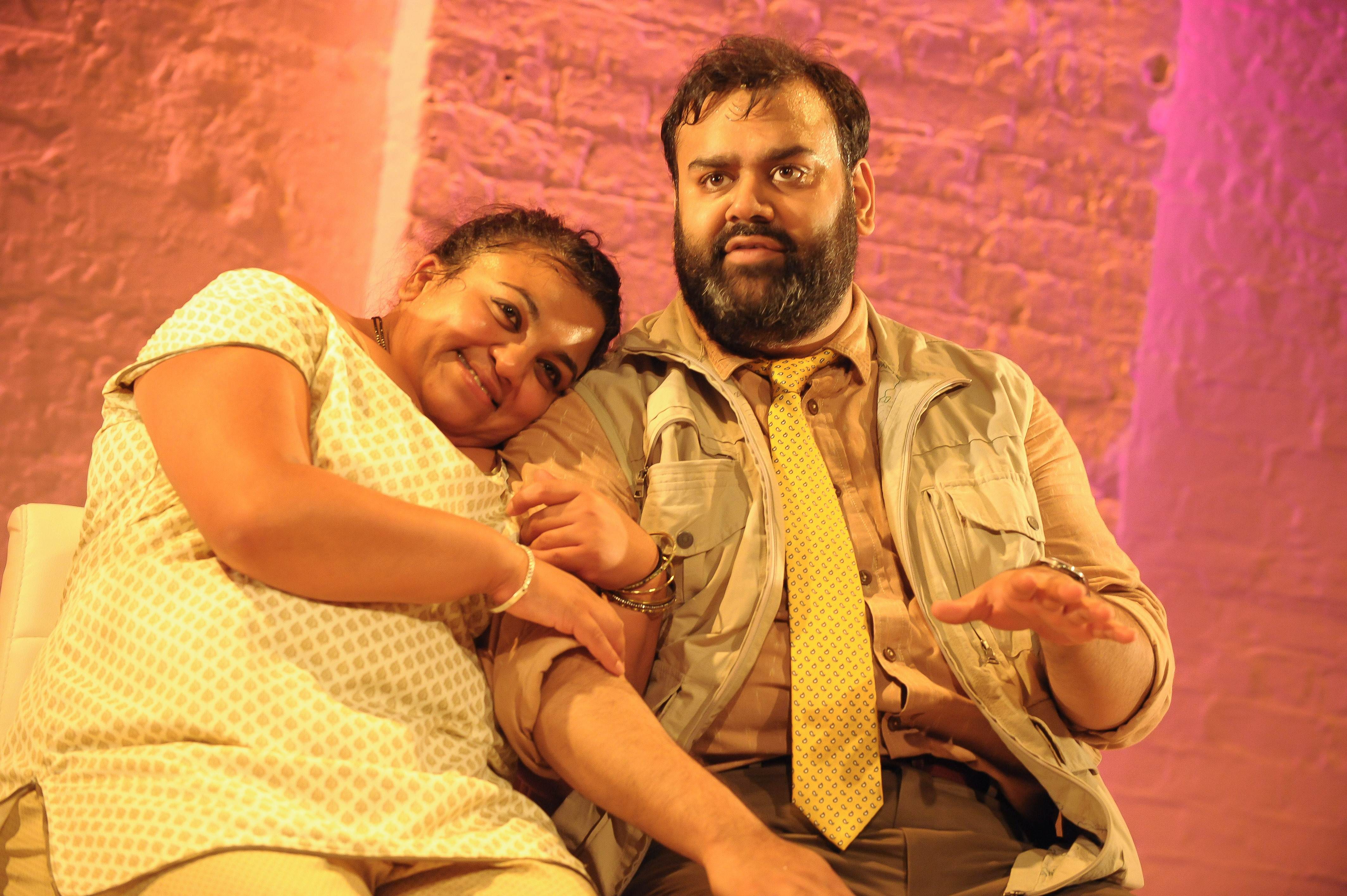 Greeted by the hustle and bustle of airport life beaming from the speakers, the visually striking minimalistic staging of the departure lounge and the atmospheric video clip projected upstage of  busy passers by instantly transported the audience to the lively and forever moving environment in which the cast find themselves surrounded by. With a hint of audience interaction, Tony Jayawardena’s Mansoor charmed the audience with his humour and improvisational one liners. Cue the mischievous chuckle of Rina Fatania’s Bindi, and you understand why the couple became so popular. Transforming into an array of characters, from concerned family members to nosy neighbours, flamboyant perfume sales agents to even the authoritative airport Tannoy, the piece was a fantastic showcase for both actors. The most endearing scenes were the flashbacks of how the pair initially met. This was a great chance to learn more about the couple, and could easily have stood alone as their own seperate story lines. Brilliantly directed by Kerry Michael, the scenes interweaved seamlessly as the cast smoothly switched from scenario to scenario. A great night consisting of strong comical and heart warming performances, a jovial rendition of a musical classic and an entertaining script, Love N Stuff gets a 4/5 from me.