Offering talented young artists the opportunity to showcase exciting and bold pieces of choreography, this Sadler’s Wells initiative encourages new voices within the choreographic world to be heard. 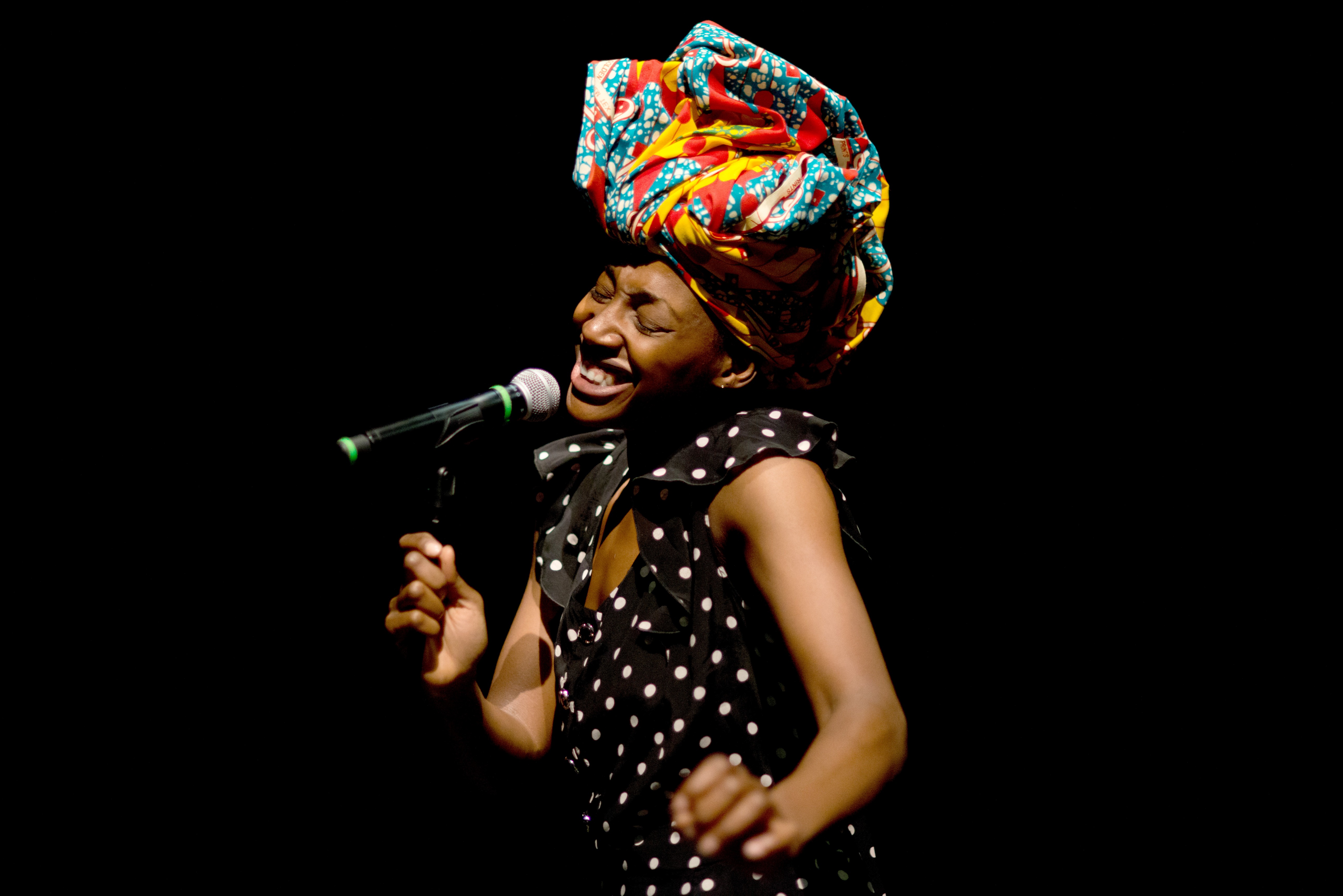 An event that happens three times a season, Wild Card allows for an invited artist, in this case Vicki Igbokwe to curate an evening of new works from artists that inspire her, as well as showcase her own work. Is my Whining, Winding you up? choreographed, written and directed by Cindy Claes was the pre-show to the evening of showcases. The focal point of the piece was that of injustices and gender inequalities faced worldwide. The protagonists of the dance piece were three female dancers, each with their own story to tell. Communicating mainly through dance, in particular Jamaican dancehall, the girls brightened up the living room setting with duets, solos and ensemble routines. Is my Whining, Winding you up? was a liberating dance piece, using call and response as a way of encouraging the audience to participate.

The first showcase of the evening was Ceci n’est pas Noire! (This is not Black!), choreographed and performed by Artistic Director Vocab Dance Company Alessandra Seutin. An exploration of cultural identity, the piece examines the changes in perception of the protagonist as she travels between Africa and Europe. Sat upstage right with her back towards the audience, Alessandra intrigued the audience with silence and stillness. Slowly walking up and down the stage, she began to interact with the audience, asking for her head scarf to be passed around the audience during the performance. This was a symbolic moment within the show, questioning whether or not a human being can be defined by what they wear. There was also the clever use of mask (labels bearing the names of famous figures), as audience members had to answer a series of questions in order to help Alessandra guess which iconic figure she was. This was a great way of gaining the thoughts and perceptions of the audience members in terms of how they viewed these people. A thought provoking piece of choreography incorporating West African dance, impressive footwork and spoken word. 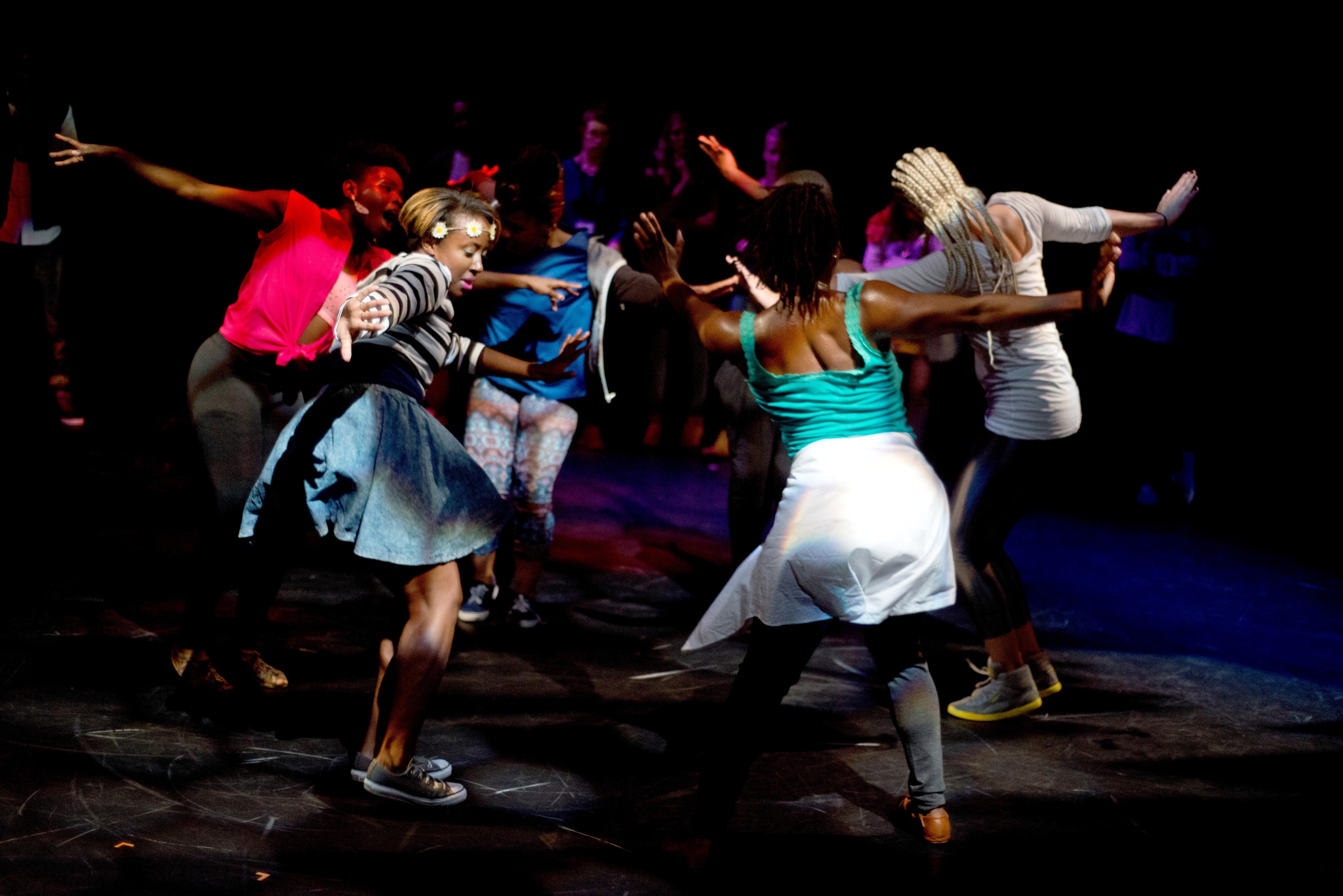 Second up was Ecdysis, performed and directed by Ella Mesma. The title refers to the process of shedding skin or outer layer by Insects, Crustaceans and Snakes. The piece also draws inspiration from the Gods of Incan Civilisation and Ella’s own experiences. Keeping close to the ground, her choreography displayed an reptilian quality as she stealthily crawled, crept and slithered around the darkened stage. This created an air of intensity, intriguing the audience as to what the character was searching for, or running away from. There were moments within the piece whereby Ella’s character would travel down a path of light from upstage to downstage, symbolic perhaps of her searching for hope or freedom. The piece smartly incorporated the use of shadow, as Ella created the imagery of a snake against the spotlight upstage, as if to suggest a transformation had taken place. Ecdysis made for a compelling watch, as it showcased Ella’s acrobatic strength and creativity.

The final routine of the evening was a lively offering titled, Our Mighty Groove choreographed and directed by Creative Director of Uchenna Dance, Vicki Igbokwe. In a city that never sleeps, the routine draws from Vicki’s introduction to the diverse dance world and characters of an underground club in New York. Queuing up outside of the studio with a neon sign illuminated on the Bar and music booming, the clubbing atmosphere was well and truly set. As the audience entered the club, the dancers began their solos. Whether it’d be catwalks, or dance circles, the audience would gather to help create the dance spaces for the performances. A vibrant showcase of Jazz Funk, as dancers livened up the space with energetic high kicks and balletic pirouettes. A fun filled performance consisting of vivacious solos, dance battles and a concluding ensemble piece that most definitely emphasised the festival like, feel good atmosphere.

An engaging night of thought provoking and imaginative choreography, storytelling and spoken work, I give Wild Card a 4/5.

For more info on the next Wild Card Event, visit: www.sadlerswells.com