On a day to day basis, we are bombarded with an array of headlines, covering a diverse spectrum of topics from Immigration to Global Warming. We are presented with countless surveys and statistics, supposed truths creating a sense of fear. 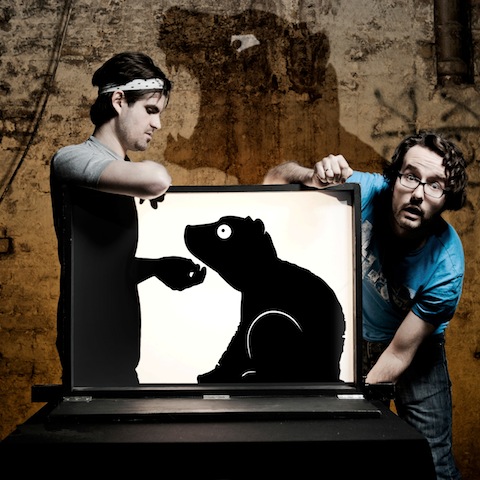 Performed by The Great Puppet Horn company, Immigrants offers a light hearted alternative to the harsh nature of newspaper headlines and columns as it satirically merges the worlds of immigration and climate change, into an amusing comic strip-esque puppet show. Immigrants comically follows the day to day lives of an unconventional family, consisting of a Government Minister Mother juggling political duties with parenthood, an eccentric Accountant/Explorer father and their teenage son, a Penguin. This is interwoven with the arrival of a family of Polar Bears migrating to Britain from the North Pole. The strength of the piece was the performances given by the cast, seamlessly transitioning the shadow puppets from scene to scene, hilariously bringing to life the various characters and situations. The show cleverly looked at the theme of immigration and assimilation through the characters of the Penguin and the Polar Bears (Whose habitats would have been affected by the results of Global Warming), as they attempted to fit in within British culture. The piece had a South Park feel to it, as it mocked a culture of expense scandal cover ups, attitudes towards immigration and the concept of political correctness. Immigrants was fast paced, witty and sharp, however in terms of narrative, at points was a little confusing. 3/5.

Immigrants was performed at Tristan Bates Theatre as part of the Suspense 2013 Festival.

For more information on The Great Puppet Horn, click here…