‘Tupperware is not just for Christmas, it’s for life!’ A sentiment amusingly delivered by the self promoting, self assured Australian TV presenter Susannah Cavanaugh, who makes it her life’s mission to preach to the masses about her supposedly selfless campaign. 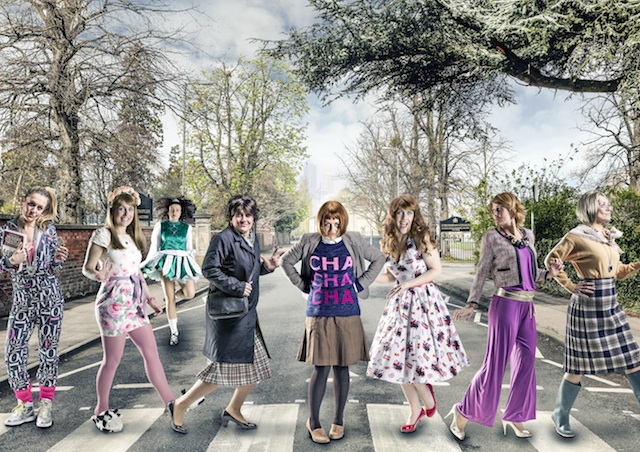 Performed and written by actress and comedienne Emma Packer, the 60 minute show cleverly integrates video footage with live performance, showcasing a vibrant and vivid array of characters. Incorporating the audience into the performance, the loud and bubbly Beverly began the show by conversing with the audience, a great showcase of Emma’s improvisational skills. Next up was the astute and austere Lady Margeret, who was intent on teaching the audience a thing or two about etiquette, however could have taken a leaf out of her own book. Other characters included the friendly and chatty Kay Greenwood, a carer out doing the weekly food shop, Amy Jones, a feisty, streetwise and politically saavy rapper, and the proud and outspoken Australian TV Personality Susanah Cavanaugh, who seemed partial to a controversial opinion or two. There was never a dull moment as video footage would play during each scene change, so character’s such as Susannah, an irish girl searching for her father whilst Irish dancing all over the UK, and a shy and geeky librarian also had their chance to share the limelight. The Emma Packer Show was a laugh a minute, fast paced comedy sketch show not taking itself too seriously! As one character made their exit, another comically graced the stage!4/5.

The Emma Packer Show will tour various London venues until 2nd December, and admission is free.

You can also visit www.theatrefullstop.com , for more information on tour dates.