Interview with Joan Iyiola, Co-Director of The Monobox

Finding the perfect monologue can prove to be quite the arduous task; an obstacle course of genre, era, character, plays and playwrights can make the selection process quite a daunting one. However, that no longer has to be the case! The Mono Box, co-founded by Actress Joan Iyiola and Movement Director Polly Bennett in 2012 is a portable library of plays, ranging from the classics to contemporary works. Hosting a range of workshops and events from their Speech Surgery events, to their Workshop Weekenders; The Mono Box aims to be a helpful resource for actors, writers and directors. I was lucky enough to talk to Joan Iyiola, Co-Founder of The Monobox ahead of this month’s Speech Surgery event.

I was at the Bristol Old Vic Theatre School. Polly and I met at the National Youth Theatre, then we’d both gone to different drama schools. When I was there, we had to often find a modern, a classical (speech), and song and perform it; so it was quite a task! I was the only black girl in my year, and my parent’s aren’t in the industry; so the search was a real search. I couldn’t just do a speech that my friends told me, or a speech that I had seen; I had to really find something that perhaps I would be cast as. The Shakespeare’s were fine, but the search for a good contemporary speech for a young black girl was difficult. There were bookshops, I was quite studious so I’d always buy books, and I loved reading plays, but you would buy one, and you might not use it and it would sit on your shelf. So Polly and I would often talk about, how do we get around this problem because there isn’t a library. If you wanted to become a doctor or a lawyer, there’s a library for those sorts of things but for whatever reason, we haven’t honoured that in the acting world. So we said, let’s write to people that we have worked with and ask them for a play that they think a young actor should look at. It had to be a play that meant something to them, and in the inside cover to write a short note to the reader. We started to write to people, and people said yes to the idea, and it was lovely because it was a real memory being passed on from somebody established or somebody young doing well to the readership.

From the beginning until now, how has The Mono Box evolved?

More plays! Every time I’m in a show, I make them donate and I guess that’s why it has an on-going feel to it. Polly, who I set it up with is a movement director, and I’m an actress so wherever we are or whatever we are doing there is an opportunity to tell more people about it. I think the collection is really diverse now. Another way it’s evolved is that we do 3 events a month. We’re both busy as anything, so it’s nice to know that we have managed to sustain that. The people that come through our doors, I’d say a few are returning, but a lot are new and that’s really wonderful because you know that you are still reaching people. People email us quite a lot now; we do one on ones if people want, if they’ve got an audition last minute or if they want some time to look at the collection or to work with one of us. We’re also moving to this idea that is a Wikiaudio monologue. We get one of the donors to do an audio recording of part of their monologue, and then hand it over to a member of the Mono Box who does the second half. What you are doing there is listening to the words, and you’re working with the playwright. An eighteen year old’s Henry V and Jude Law’s Henry V are going to sound completely different because they resonate in different ways, also, it brings an established actor, and a young actor’s voices together.

Alongside founding the Monobox, you’ve both had and continue to have successful careers within the performance industry. How do you juggle that with the organisation of Mono Box Events?

Tough! It’s wonderful! Because we are busy, it’s quite nice to have different things going on. It’s quite nice to wake up in the morning before I’ve got rehearsal and deal with the Mono Box and use my brain in a different way to how I might use it in the rehearsal room. Having each other is a big thing, we’re best friends as well so that helps a lot, the shorthand is there. We have a lot of friends in the industry that come and support; a lot of people are volunteers because we aren’t at the stage where we’ve got funding to give anyone a salary and everything we make, we give back to the Mono Box in order for it to grow. We’ve got a lovely community that will just get involved! They’re very knowledgeable about plays, they have a can do attitude, they’re very inspiring and encouraging, so it’s that, because we couldn’t really do it by ourselves, that really makes it great!

The Mono Box welcomes the donations of plays and has gained the support of many high profile creatives, how does that make you feel?

Great! It’s lovely because it’s knowing that the idea connects. We started writing to people in January 2012, but really set up an operation from October 2012 so it’s only been a year and a few months. The other day, we had Juliet Stevenson who is doing Happy days at the Young Vic send us a copy with two pages of advice for people. It’s nice to know that an idea we had a couple of years ago is still resonating. People like Methuen Drama found out about us on twitter the other day, so they sent us a message and said do you want some plays? And we were like, yes, we would love some plays! It’s brilliant, because it means that people feel that it should exist and recognise it!

Each month you hold Speech Surgery events, could you explain what that entails?

It’s got three formats. From 10am-1pm you can play browse with a cup of tea and look through plays; we’ve tabbed quite a lot of the plays so if you’re looking for a female monologue (for example), that’s pink and purple, and men it’s blue and green. There are also people in the industry on hand to give  recommendations. During that time as well, Hamish (MacDougall) does Speech Showbacks; so if you’ve got a speech, and you want to put it on it’s feet just to get some feedback, and also get some peer feedback to feel what people like, what doesn’t resonate for people, or if they think that that’s great, but actually there’s another play you should look at based on what you’ve done. From 1pm-2pm is when the Q and A happens, and that’s just a really informal discussion, the topics that people want may vary, they’re a mixture. From 2pm, we then go for lunch and celebrate!

You also hold a variety of Workshops, could you describe what workshops are on offer?

At the end of March we did something called a Workshop Weekender, which is new for us. The workshops were so successful; they ranged from movement to voice work, to Shakespeare, to contemporary work on specific playwrights. At the end of March, over Saturday and Sunday, we have a workshop in the morning and afternoon. One is (with) a guy that I worked with when I did The Season in The Congo (Ira Mandela Siobhan). He’s an actor, but he’s also a dancer. The idea of actors really getting to grips with their body, for many is still quite alien. If we get our heads around the text, that’s what we work on, that’s what we base our technique on, and he’s coming in with a different way of approaching that work. We’ve also got a wonderful Director/Actress (Amy Gwilliam) who is doing a workshop; she, after university went to (the) Phillipe Gaulier School in Paris, she did a lot of Clown (work) in Spain and has done various successful, award winning shows over there. She’s just come back, having been away from the UK for 5 years and feels that we are quite on the beat in terms of the work that we do. We know the rhythm of the way that British Theatre goes; so hers is all about taking it off the beat and seeing what happens when we do that, and actually really playing and devising; a lot of her work is without the text. We’ve got an RSC voice coach (Nia Lynn) coming to do some voice work. We’ve got Hamish MacDougall doing the musicality of modern text. Often we do the rhythm for Shakespeare, but forget to apply or look at the rhythm the way that contemporary work works.

For performers looking for the ideal audition speech, whether it’s for Drama School or a potential Job, what advice would you give them?

Find something you resonate with. I think a lot of the time we choose pieces that we think we should look at, or that we know are successful because the playwright is great. If that doesn’t resonate with you, then something is just going to not connect. I think you could be a wonderful actor but those words don’t particularly work for you. Find something you like because I think a monologue is a real search; it’s a never-ending search! Figure out the playwrights that you like, get reading, get watching, get recommendations! Try and source your way in, or figure out the artist you want to be. Look at those words that ping out for you, and that you feel that you can play with, words that you feel you can take off the page and make your own!

What are your future plans for The Mono Box?

We would love it to have a permanent base, because we’ve realised that it is here to stay! To keep going on to various venues like The Actor’s Centre, like the Old Vic! Working with other theatres, getting to people that want it, getting across the UK! We’ve got a lot of people that are based in Manchester, Bristol, Brighton that write to us and would be lovely to go to those places as and when time permits. To keep it an open dialogue of plays and playwrights because without them, we wouldn’t have anything to put on! 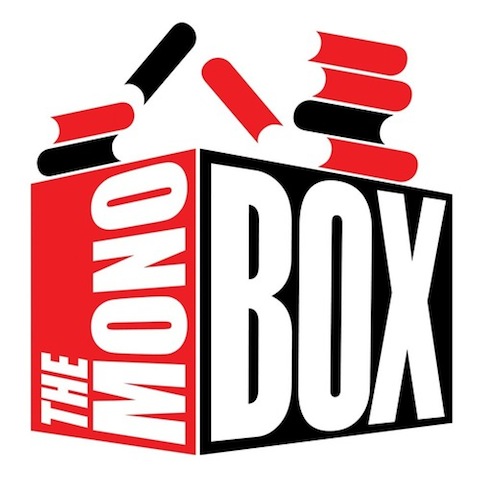 For more information on The Mono Box and their future events, visit here…