With the Flamenco Festival having reached its penultimate evening, its fair to say that the city of London will miss the show stopping performances of Flamenco’s leading dancers and musicians! Having been immersed in a world of Flamenco for all of his life, Farruquito makes a welcome return to Sadler’s Wells with his mesmerising show, Improvisao! 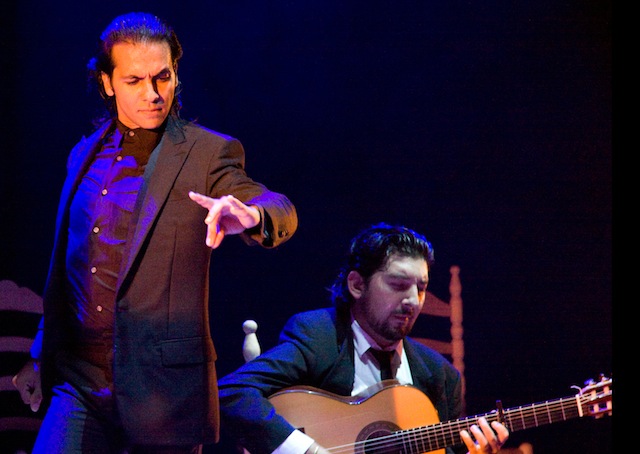 Improvisao, a word coined by the established performer is a celebratory look at what the Flamenco artist has learnt amongst the years.With a fusion of the traditional and recognisable foundations that define the art form, mixed in with an element of improvisation, this will ensure that the production has an element of surprise,with no two performances being the same.

Nothing but Ane Carrasco‘s rhythms on the Cajon played, a rolling rhythm that set the tone for the rest of the performance. Roman Vincenti, and Juan Requena followed suit, adding to the musical score with the iconic ring of Spanish guitars. Mara Rey Navas and Mari Vizarraga‘s powerful vocals encapsulated the passion and the emotion of Flamenco, the singers creating a dramatic musical landscape. Farruquito dazzled with sharp and staccato movements; dressed in a black suit and a pin striped waistcoat, the artist looked every inch the suave and sophisticated trickster, darting from stage left to right in pools of orange tinted lighting as if to create the illusion of being at two places at once.

Next up, Farruquito, now dressed in a white suit spritely travelled across the stage, a free spirit intent on showing off his skilled and elaborate foot work. Taking off his blazer, Farruquito danced stage centre, as his fellow musicians created a circle around him. They became a musical wall of sound as they clapped in anticipation of what Farruquito was going to do next. Each cheer and clap, a means of stepping up the energy. A perfect showcase of why Farruquito has become a leading figure in his profession, the succession of effortless spins mesmerised, creating a whirlwind of energy on stage.

Farruquito then juxtaposed his portrayal of a romantic lead, dressed in a red suit, with the return to his dynamicism and strength which he had previously showcased at the beginning of the show. His foot work, electrifying, as he once again mesmerised the audience with his showmanship; it were as if his feet had a mind all of their own. With intricate arched arm placements, Farruquito would open up one side of his blazer, a show of masculinity and dominance, a matador ready for battle!

Musical interludes would breakup the high energy routines, with a hypnotic guitar solo bringing a sense of calm to the production; however, the format was quite repetitive, therefore becoming predictable at points. 3/5 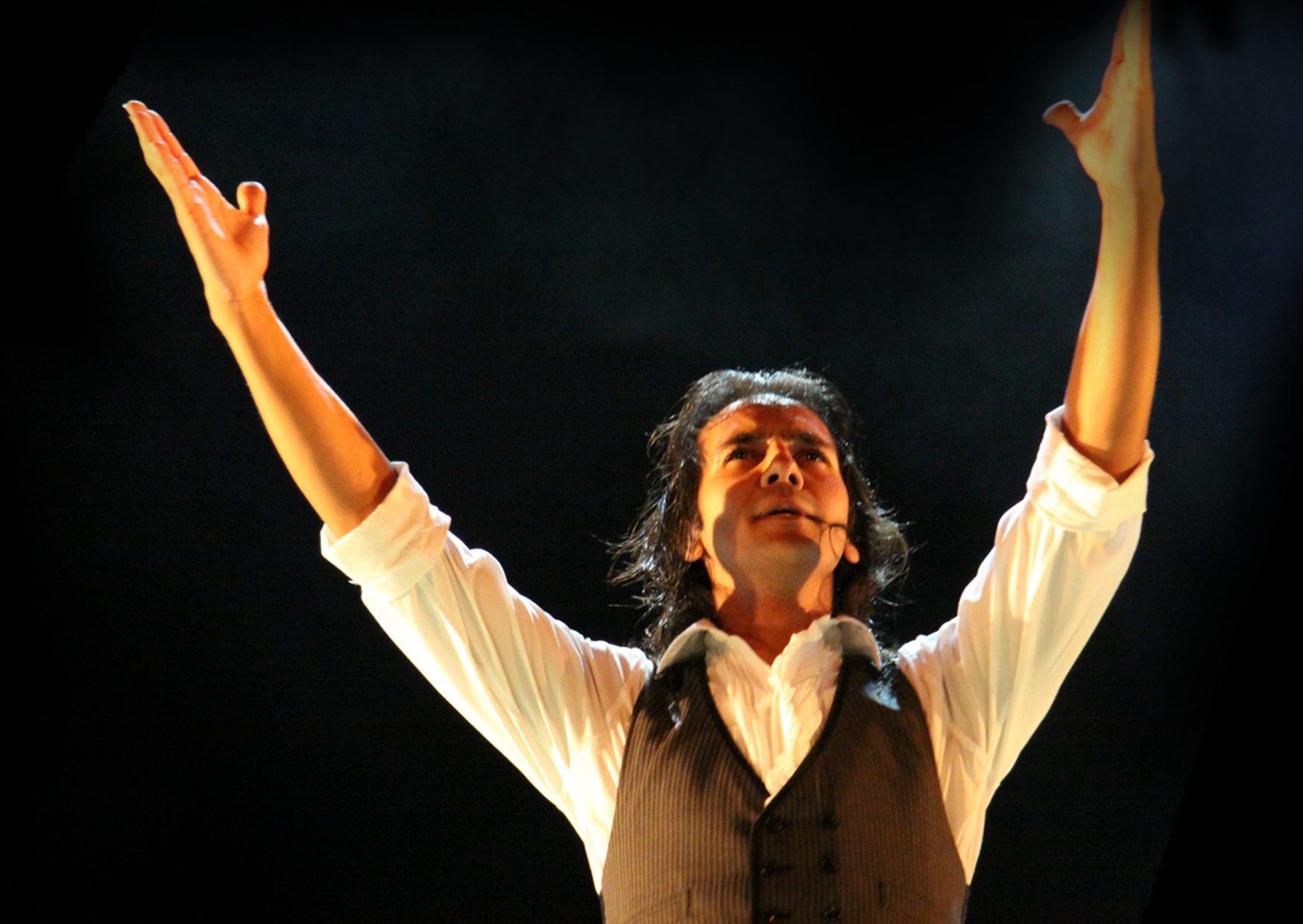