“Welcome to Rome ” is how Octavius Caesar frostily receives the long-absent Mark Antony on his return from Egypt, where he has since forsaken his responsibilities as a triumvir of Rome – and as a husband – for the love of Queen Cleopatra and the sensuous and lavish decadence of Egypt. Antony and Cleopatra is a play of two civilisations, indeed two different worlds, and Jonathan Munby’s production serves this conflict well, flitting seamlessly between the austere and definitively masculine world of Rome and the impassioned and restless Egypt that is Queen Cleopatra’s. 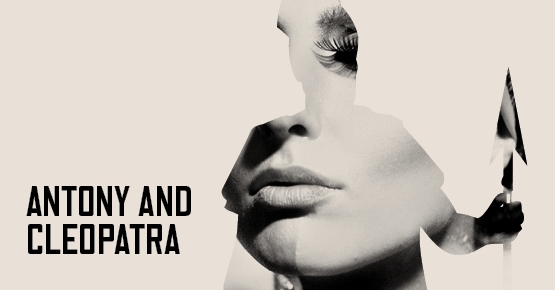 As one scene falls into the next and characters appear onstage as physical apparitions as they are spoken of, Munby succeeds in establishing two very different, yet fatally entwined, kingdoms. Costume is also used effectively, though perhaps jarringly, to establish this division. Cleopatra’s white gown and perfectly coiffed hair suggests a bizarrely English sense of nobility, whilst the men of Rome don coal-black velvet and Jacobean ruffs.

The play’s main exploration of conflict and its main appeal lies in its leading characters. Cleopatra is played by the renowned Eve Best, who flits between vivacious comedy and unabashed anguish in an electric portrayal of Cleopatra’s ambiguities. Best’s counterpart Clive Wood swaggers around the Egyptian stage in a scarlet robe, bare-chested, necking wine from a golden chalice that reflects the glint of his hooped earrings, and looking for all intents and purposes like a slightly tipsy John Lydon on holiday in the Algarve. Wood plays Mark Antony as a man momentarily spellbound by the sensualities of Egypt, and indeed by Cleopatra herself, seeming more comfortable when shouldering the responsibilities and familiar troubles that follow his homecoming to Rome. At times, Best’s interpretation of Cleopatra as an ageing and often hysterical seductress, whilst comical, seems overdone, touching on a Desperate Housewives portrayal of attractive and rich middle-aged women and their delightful ‘oh-what-is-she-like’ eccentricities.

Despite this, both Best and Wood are certainly captivating, and their performances propel the majority of the production. Unfortunately, the final scenes of the play were somewhat marred by Best’s failure to project her voice across the twenty-sided playhouse: sitting just slightly to the right of the stage, it was near impossible to hear anything of her emotional final scenes, from clutching the body of Mary Antony to delving into the basket of asps.

Despite these setbacks – and several setbacks in the production of the play itself, including a virus that took Wood out of five previews of the performance, and an injury sustained on stage by James Hayes, whose three roles had to be hastily understudied by Christopher Saul, script in hand – Jonathan Munby’s interpretation of the classic text is both entertaining and fraught with emotion, with remarkable supporting performances given by the likes of Jolyon Coy as the calculating Octavius, and  Phil Daniels as a candid Cockney Inabarbus. All in all, a mesmerising production. 3/5

Antony and Cleopatra is currently playing at Shakespeare’s Globe. For more information on the production, visit here…