In Good Company @ The Place Theatre

In Good Company, is a production composed of six new works by the dancers of the Hofesh Shechter Company: five live contemporary dance pieces and one film. Maybe it’s because I’m not a dancer. Maybe the only way you can enjoy, or even understand what is happening on stage is if you’re a dancer. 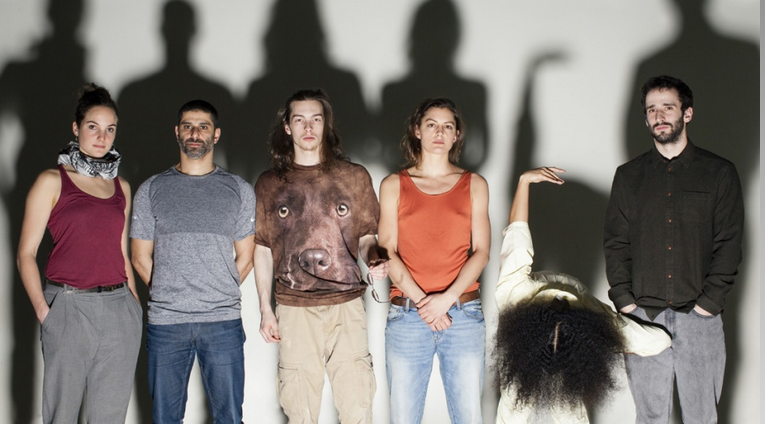 The first performance started off relatively normal, with two dancers, Merel Lammers and Attila Ronai, running around the stage, catching each other as they fell, and two musicians, Adrian Casalis and Sita Ostheimer, stationary in the centre: one guitarist and a singer. Though the song remained quite pleasant throughout, reminiscent of something produced by London Grammar or the XX, the dance itself quickly transformed into something else entirely, leaving everyone watching what one member of the audience described as “deranged crabs”.

The next performance was a film named ‘Doppel!’ which described itself as “trying to piece the story back together to understand our true self.” I’m not aware if it portrayed this effectively to anyone, but to me it seemed that I just spent thirteen minutes of my life watching a girl, who looked like a mixture between a robot and a really drunk person, grinding on a forest floor, before wondering the streets of London with red yarn over her head, scaring the locals.

The third performance made me decide to not leave during the interval. I loved the concept of ideas, freedom and manipulation that were forced upon the dancer, Diogo Sousa, by a comedic voice over delivered to us by Chris Evans. This performance started off strong and funny, and was also the least pretentious of them all, but it lagged in energy a little towards the end – it needed something utterly unexpected.

However, unexpected is what I got with the fourth performance piece, ‘Gully’,  which had a set of a dirty tent, rusted pots and pans, and a large glow in the dark moon balloon with a sad face on it. I was expecting outstanding, inspirational, innovative, never before seen! – Instead I got mute clangers at what appeared to be the worst birthday party ever. They didn’t even dance.
‘In Good Company’ picked up again once more during ‘Skinship’, which had an interesting set design of a web created from what looked like nude coloured tights, and beautifully synchronised choreography. Merel Lammers and Attila Ronai had great chemistry on stage but unfortunately the overall effect was slight marred by what I can only describe as weird shuffly, jazz hand fish moves.

The last performance was ‘Pandemonium’, a primeval style dance that left most of the audience speechless and scarred as we endured both actors grinding their genitals in each others’ faces, a rather graphic sounding rape scene (luckily due to the lighting we didn’t have to watch it in great detail), and the eventual giving birth to an egg. Though you can’t say that any of the performers aren’t exceptionally skilled and talented, overall it did look a bit like an anti drugs campaign. 2/5

In Good Company was on at The Place Theatre from Friday 6th June until Saturday 7th June. For more information on the Hofesh Shechter Company and future performances, visit here…