Let The Right One In @ The Apollo Theatre

The vampire and the awkward teen. At first glance, Let the Right One In is befitting of a genre that has captured the nervous hearts of teenagers worldwide, probably because its pointy-toothed protagonists reflect the typically tween- and teenage gripes of alienation and otherness that muddle the path to the adult world. Let the Right One In explores these themes, but opens them up to a much wider social context, successfully including us all in the question of ‘otherness’ and what it means to be human. 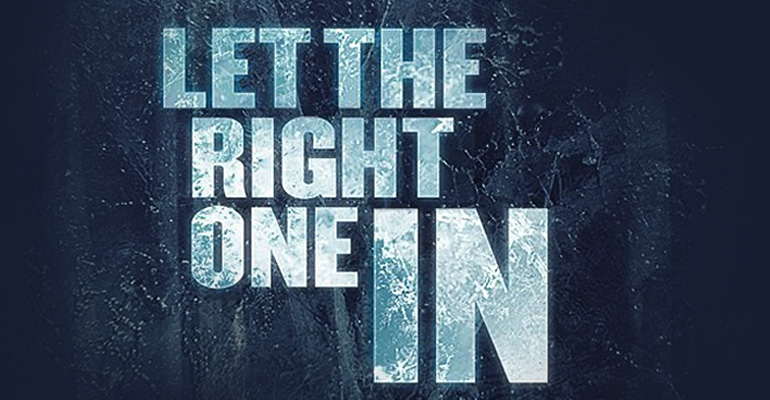 We follow the 12 year old Oskar, painfully lonely and viciously bullied at school, as he begins a life-changing friendship with the new girl-next-door: the century’s old child-vampire Eli, who, as it happens, is just as in need of a friend as Oskar is. As Oskar and Eli’s friendship develops, we witness a heartbreakingly naïve and charming love between two people starved of human connection.

Let the Right One In began life as a novel by author John Amujvide Lindqvist, who went on to write the screenplay for the critically acclaimed Swedish film version released in 2008. The success of the Swedish version led to an American remake titled Let Me In, released to much less-deserved fanfare in 2012. The latest version has much to live up to, then, and it does not disappoint. John Tiffany’s brilliant production is on a par with the original movie. Though certain aspects of the original are toned down – including Eli’s transgenderism – they are all still present, though more subtle and in fact resonating more as a result. In the case of Eli’s sex, a sense of ambiguity over how she identifies herself is reflected in the sexuality of each male character in Tiffany’s production. Though nobody in the play proclaims to be any particular sexuality, there is an intended sense of ambiguity surrounding everybody. It is ambiguity that underlies the whole production, raising the typical vampire-genre issues of otherness, loneliness and alienation to an all-encompassing, societal scale.

Though there is enough blood, gore and horror in this production to gratify any hard-core vampire fan, there is always the sense in Let the Right One In that the evils of humans have the capacity to far exceed the evils of monsters. The constant threat of Oskar’s bullies lends a terrifying and terribly saddening aspect to Oskar and Eli’s friendship, culminating in a heart-stopping and incredibly staged final showdown between Oskar and his attackers in the school swimming pool. Christine Jones’ eerie, ghostly set design sees every scene of the production set against a Narnia-esque snowy wood, complete with solitary lamppost and lighting that illuminates the stage in a thick indigo night-time. As this dreamy setting becomes the backdrop for school bullies, useless parents and teenage love, the line between the usual and unusual is blurred beyond measure, leaving us to wonder whether Eli is actually the thing that is being presented to us by Tiffany as ‘other’ at all.

Incredible performances are given by Rebecca Benson as Eli, who masterfully jerks and glides across the stage in an uncannily convincing, vampire-ish manner, and Martin Quinn as a comical and tender-hearted Oskar. Also notable is Clive Mendus as Eli’s supposed father, who puts in an extremely sinister, almost tortured performance, begging his victims’ forgiveness before slitting their throats. This nightmarish love story is a must-see. 4/5

Let The Right One In is currently showing at The Apollo Theatre until Saturday 27th September. For more information on the production, visit here…