25 years ago, a loveable yet unconventional family took to our screens. Disbanding the typical framework of the prim and proper Walton-esque family, Homer, Marge, Bart, Lisa and Maggie Simpson threw caution to the wind, becoming the much needed breath of fresh air that would go on to define a genre. Making its debut on the Tracy Ullman Show, The irreverent cartoon has captured the imaginations of millions, defining and entertaining a generation with its unashamed humour, popular culture references and the hundreds of vibrant characters that adorn the neighbourhood of Springfield. 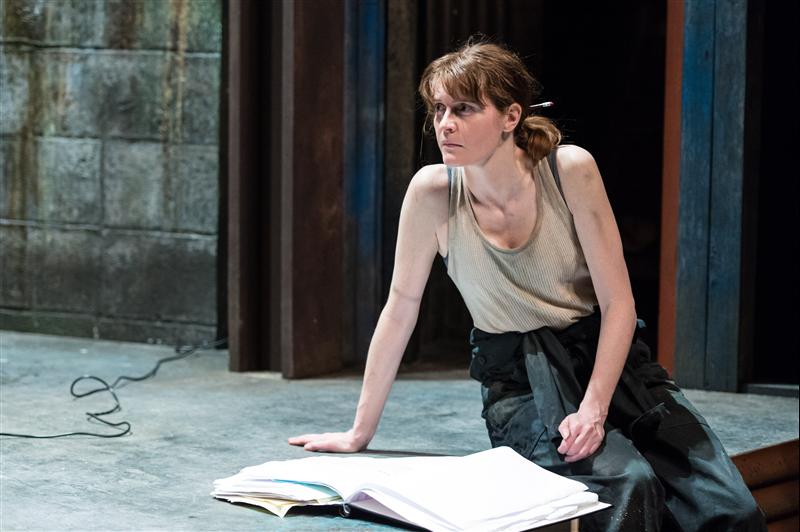 Extracting the phenomenon of The Simpsons, and placing the concept of the all American family into a 3 Act production, Anne Washburn examines the power of storytelling in a world described as being ‘Post Electric’. With the progression of technological advancement operating at lightning pace, what would happen if all our electrical reserves had finally depleted? How as a society would we survive? How would we communicate with one another? Anne Washburn’s dynamic script impeccably displays the cyclical nature of history, how as humans we tend to repeat what has gone before us, sometimes learning from our mistakes, sometimes not.

Act 1 basks in it’s authenticity and honesty. Back to basics with only a camp fire and the wild, 4 survivors living in a post Apocalyptic America endearingly recall an iconic episode of The Simpson’s, ‘Cape Feare’. As one character recalls an element of the episode, another interjects, either agreeing or disagreeing with the statement made. Details are added in between comments, whilst other details are disregarded. Adrian der Gregorian amuses as the all knowing Simpsons fanatic Matt. Appearing to have never missed an episode in his life, his trivial recounts of the episode with fellow survivors Jenny (Justine Mitchell), Maria (Annabel Scholey) and the aloof Sam (Michael Shaeffer) make for a humorous watch.

Fast forward 7 years, as the camp have now established roles and relationships; Act 2 seeks to explore the idea of commercialisation and its impact within the ‘Post Electric’ era they now find themselves living in. With the addition of Quincy (Wunmi Mosaku) and Colleen (Jenna Russell), battle lines are drawn as drama troupes fight to produce quality shows on shoe string budgets. Placing the consumer on top of the priority list, advertisements take on the form of  miniature movies and music videos, bombarding the viewer with sugar coated ideals in which they should buy into. Washburn’s script sharply comments on the transformation of the storytelling art form, questioning whether its original, organic roots have been compromised by the hard nosed, economic structure of the entertainment industry.

With 75 years now passing, Act 3 envisages a futuristic enlightenment period. Adorned in gold frilled dresses and high society wigs, the ensemble are presented as an operatic chorus, setting the exposition for the operatic tragedy which is about to grace the stage. Set aboard a magisterial ship, The Simpsons are presented as the pinnacle of their civilisation, a heroic family destined for greatness, however hindered by tragedy. As the title role of the production, it’s the first time the audience are introduced to the antagonistic Mr Burns, played with gravitas and menace by Michael Shaeffer. The Xylophonic accompaniment supplied by both Fiona Digney and Michael Henry hypnotises the audience into an intergalactic otherworld, whilst songs heighten the dramatic mood. Robert Icke directs a zany yet exciting piece of theatre, with Mr Burns being one of this year’s theatrical highlights! Icke presents Washburn’s chameleon of a script with wit, exuberance and undeniable originality! 4/5 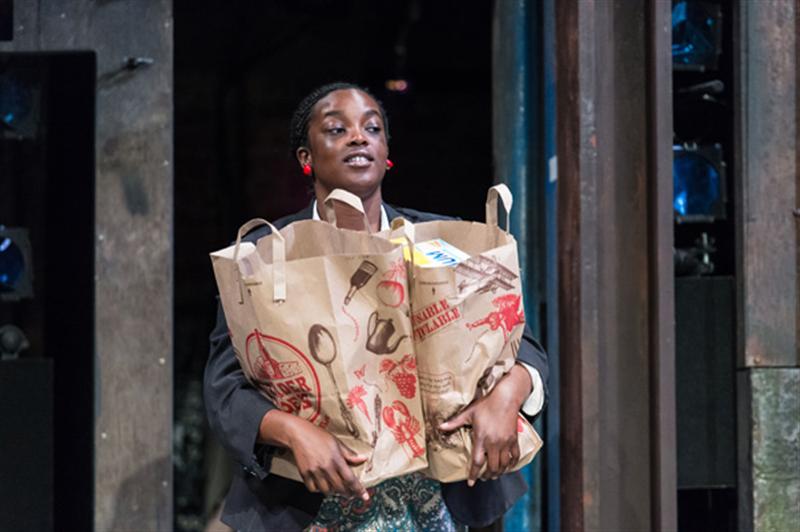 Mr Burns is currently showing at the Almeida Theatre until Saturday 26th July. For more information on the production, visit here…