Progress at what price? That is the question posed by Yellow Earth‘s Last Days of The Limehouse. In a fully promanade setting at the old Limehouse Town Hall, the performance allows the audience to step into a Limehouse Chinatown in 1958, a place many Londoners are unaware even existed. 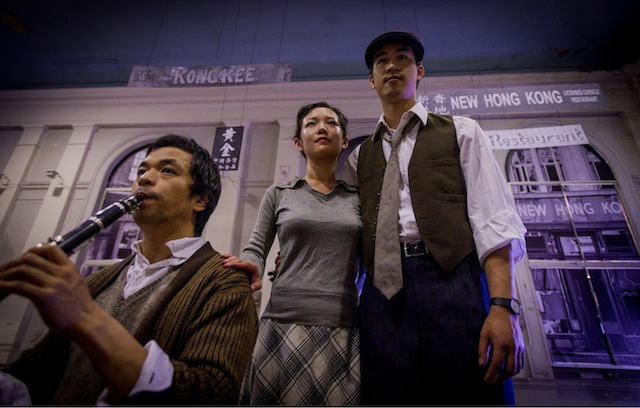 The play is more than the story of a failed conservation effort. First and foremost it is journey to a Chinatown that was lost to the march of progress. While the ending of the play makes it clear that the old community is missed, the substantial talk for much of the play about the state of the area make you wonder if it should be. It is the returning outsider that tries to conserve, not the people that have lived there their whole lives in the slum. Its those people that make the show work, everyday city dwellers trying to stay above water as London transforms.

The old Limehouse Town Hall deserves praise as a venue. Being in there gave a feel of walking into the past, a feeling enouncuated by the effective period sound and costume design. There is the slightest use of video, perhaps unneeded. The effects of the Second World War are still being felt, and the experience binds together the unlikeliest of characters.

At the heart of the show is Amanda Maud‘scharacter trying to hold on to her past, her original home. Her foil is portrayed by the brilliant Matthew Leonheart who manages to take on the role of a would-be father superbly. Along side them Gabby Wong, Sara Hougton and Jonathan Chan all turn in good performances, giving a multi-dimensional picture of a community.

Your reaction to the show will depend greatly on wether you feel her actions are a noble struggle, as she vainly tries to warn London against making terrible mistake, or if you view it as someone trying to hold back others building a nicer area because she wants to feel nostalgic. Playwright Jeremy Tian eventually takes a stand as we race towards the presence in a closing montage, but up to that point lets the audience make up its own mind.

Yellow Earth let you experience a world that is gone, and while they achnowlegde its many flaws, they also remind you of why things like community and character are worth preserving.  They also take the play‘s educational role seriously, with interactive performances featuring chinese lessons planned for family shows. 2.5/5 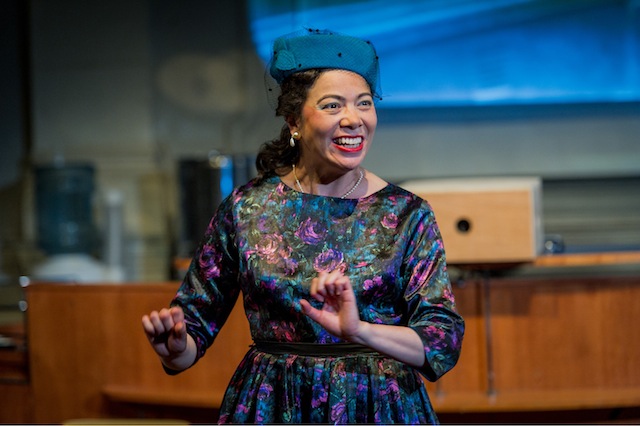 The Last Days of Limehouse is currently showing at the Limehouse Town Hall until Sunday 3rd August. For more information on the production, visit here…

« Previous post
The Sonneteer @ The Landor Theatre Review
Next post »
Poet and Playwright Sabrina Mahfouz speaks to Theatrefullstop about her new production, Chef, which will be playing at this year's Edinburgh Festival!