The Sonneteer @ The Landor Theatre Review

The performance reviewed was part of warm-up run for the Fringe Festival according to a post show discussion. Can you create interweaving love stories by stringing together some of Shakespeare‘s Sonnets? Yes. Should you? Maybe not. The Sonneteer brings together two stories; one centered around a middle-aged lecturer and his 23 year student, the other between The Bard and his Patron. 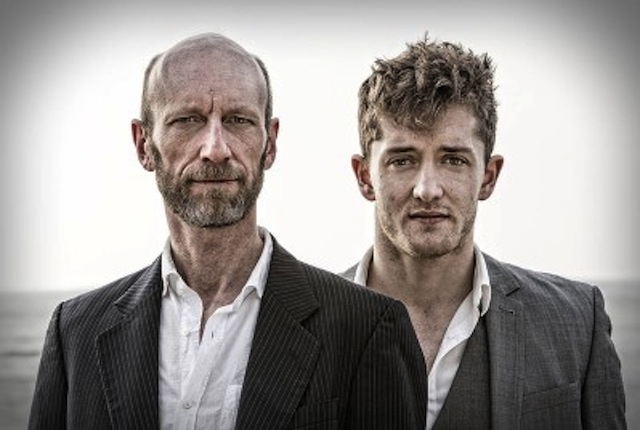 Sebastian Michael, who also wrote the piece, and Tom Medcalf take on two different characters without changing outfits. The physicality and speech however changes noticably and there were only a few places where it was confusing as to which set of lover was on stage.

The relationship between the two is the plays redeeming heart, a believable, sometimes awkward infatuation that turns into burning love. I would have expected more to be made of the fact that a lecturer and student are falling for each other. Instead, the element of danger comes from the boys high standing family who apparently are in the midst of some sort of scandal and can ill-afford the lovers hitting the back pages.

The sonnets form the beating heart of the script and sadly they amiss more than once. At several points they are accompanied by simple movement pieces between the actors which seemed at best not needed and the way the actors launched into them was somewhat contrived. They were fantastic the few times when they were aimed at the audience and their heightened language fully embraced.

The problem with the performance when I saw it was that it was very much like a show being prepped to go elsewhere. The set was ill-fitting for the venue, the actors both spend absurd amounts of time out of the lights and lines were lost far to often. I understand that the show is intended for The Fringe but that is no excuse for a sloppy performance in London. There is a beautiful story somewhere in this show but the team is going to have to bring it to the surface. 2/5

The Sonneteer was on at the Landor Theatre from Friday 18th July until Saturday 19th July. The performance will be making its way to this year’s Edinburgh Fringe Festival and will be playing at Greenside, Nicolson Square from Friday 1st August. For more information on the production, visit here…