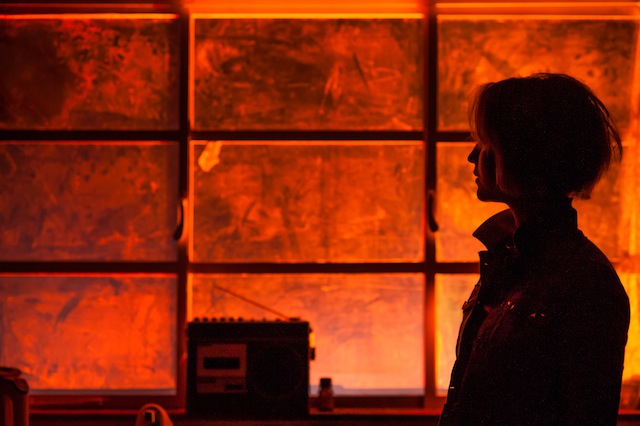 Ghost from a Perfect Place begins with the return of the notorious Travis Flood to the East end after an absence of many years. Back in the swinging sixties, Travis led a gang that was feared and worshipped across East London. His return reveals a different Bethnal Green, full of “pale zombies” as he sees it, folk with “no self-respect”. In their midst is Rio, the hauntingly beautiful boss of a whole new kind of gang, ‘The Disciples’. Travis is drawn to Rio, but soon a truth will out that could destroy both of their fragile fantasies.

Alongside other early Ridley plays, Ghost from a Perfect Place was a forebear to the “in-yer-face” theatre that would come to encapsulate the nineties in raw aggression and confrontational themes. The play’s most shocking scene – the torture of Travis Flood by an all-female gang led by Rio, who take it in turn to stub cigars out on his face – is a moment that will continue to shock and haunt our current, twenty-year-on audience despite any argument for the desensitised young generation raised on ‘slasher-porn’ and violent video games. This scene will continue to shock audiences for generations to come, because of its relevance within the play, because of the full weight of its meaning as part of an incredibly written, brilliantly acted piece of theatre. The play as a whole, not any individual moment, is what will resonate with you for days to come: the wicked, laugh-out-loud humour, the touching relationships and moments of connection, the questions of idolisation and secular worship; fear and loneliness; emasculation and womanhood, the haunting poetics and the revealing fantasies of its characters. There is no moment within Ghost from a Perfect Place that is not wholly gripping. It hits you, on the twentieth anniversary of its first round, like a punch in the face, as hard and fast as any other.

So the test of time has been withstood. Though some plays that fit to a specific period can often seem iron-clad within it, Ghost from a Perfect Place seemed as relevant a social commentary to the current decade as any; with our real-life X Factor sermons and One Direction gods, the theme of false ritual and idolisation in the face of a sense of emptiness is not so far from home.

Russell Bolam, who has worked previously with Ridley on Shivered to much critical acclaim, directs Ghost from a Perfect Place to its full potential: music, lighting and set are combined flawlessly to create a highly tense and foreboding backdrop to this tragic tale. Shiela Ried as the sweet, limping Torchie, and Michael Feast as the silk-clad Flood himself, are an incredibly funny and convincing depiction of East End tradition: as they clasp their saucers and inspect their rich-tea biscuits, you’ll begin to feel like an intruder at an awkward tea time catch-up. Offsetting the light relief, Florence Hall gave Rio’s poignant, poetic gang ‘sermon’ with riveting emotion, as bold and perhaps more convincing than most spoken word performances on the circuit. This production is deeply moving and is guaranteed to stay with you for days. It has to be experienced. 5/5 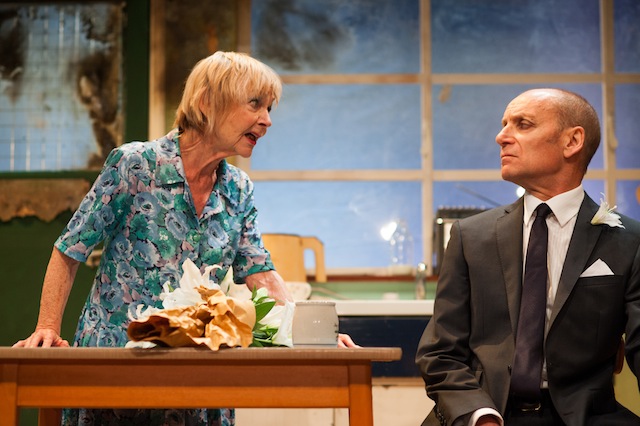 Ghost from a Perfect Place is currently showing at the Arcola Theatre until Saturday October 11. There is also a series of post-show discussions on issues surrounding UK gang culture and the position of women within this culture, to raise awareness and promote charities of support. For more information on both the production and the discussions, visit here…