Performed in the intimate space of the Twickenham Theatre, Sweeney Todd promised to be an exciting production with the likes of Olivier Award winner David Bedella playing the lead. And in no way did it disappoint; it was spine-tingling from beginning to end. 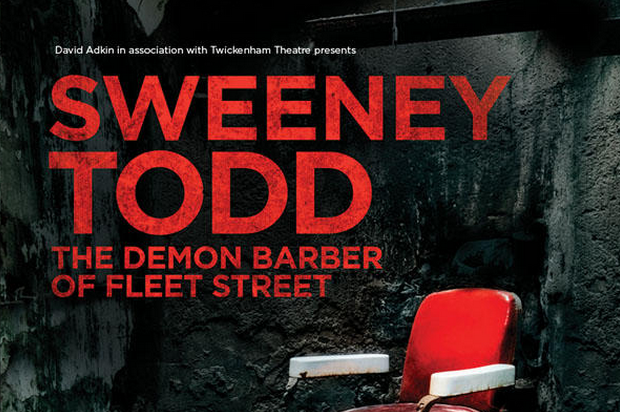 My biggest mention goes to Sarah Ingram playing the role of Mrs Lovett. Her performance managed to encapsulate the humour, tragedy and sneakiness of Mrs Lovett unlike anyone else’s I’ve seen in the role. She had me howling with laughter one minute and empathising with her the next. Her singing was stunning, the perfect accompaniment to her effortless stage presence and faultless performance. Other impressive performances included that of Mikaela Newton in the role of Tobais Ragg. I suppose it can be put down to personal taste, but for me Newton played the role exactly how I always imaged Tobias to be. Her vocals were polished and powerful, and she was able to switch from Toby the performer to Toby the vulnerable child most effectively.

Whilst I enjoyed Bedella’s interpretation of Sweeney Todd, I found some of his vocal decisions to be slightly grating. For one he spoke in a middle-to-upper class English accent, not one I would associate with the haunted convict usually. Secondly, he played Todd for his anger too much and shouted his way through a lot of the dramatic moments. Theatrical and Jacobean it may be, but Todd still needs his subtle moments of inner reflection which make him likeable to the audience. Bedella’s performance of ‘Epiphany’ was less chilling and more comical as he madly addressed the audience, provoking a few moments of laughter where there perhaps shouldn’t have been. I was also confused as to why Sweeney Todd was so perfectly presented after having spent months on a boat, and before that having spent years as a beaten down convict. He looked remarkably clean and composed throughout…Perhaps Bedella needed to dirty himself up a little bit.

I enjoyed Josh Tevendale’s performance as Anthony, complimenting that of Genevieve Kingsford’s Johanna. Their duets sounded beautiful and their love for one another was sweet and believable. Chris Coleman played an amusing Beadle Banford; his characterisation was strong and fitted well with the theatrical feeling to the piece. The cast as a whole were very strong and sounded fantastic together. For such a small stage they showed great spatial awareness, all of the scene transitions were smooth and professional. Overall, I came out of the show feeling blown away. It really was all immersive and engaging, it was a very long show but didn’t feel it – I could have happily sat there and watched for another hour. In fact, I may even go and see it again…I suggest you do the same. 4/5

Sweeney Todd: The Demon Barber of Fleet Street is currently showing at the Twickenham Theatre until Saturday 4th October. For more information on the production, visit here…