Aequitas Theatre Company takes on a Shakespearean double bill: Measure for Measure and Merchant of Venice, the latter being directed both by the creator of the company Rachael Bellis and director Sophia Start. At the core of this company there is a resolution to cast actors based alone on their performing ability and not their appearance – ‘You that choose not by the view’. This comes across entirely as actresses play male characters and vice-versa and young actors play older characters and I must say it is quite refreshing to see such bold decisions on casting, though for the audience it can be quite puzzling at first. 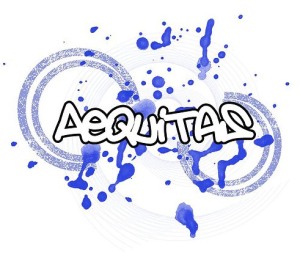 We all know Merchant of Venice too well, Shakespeare is done and re-done as it is loved and known by all. However, in every Shakespearean production there must be something different, another angle, another perspective, another way of staging it, otherwise we are merely on repeat. Aequitas’ production is apparently taken to modern times but has contrasting elements (the costumes of the female characters are not modern at all) that create some ambiguity. I feel that there isn’t a powerful enough directorial choice to make this a unique and distinct Merchant of Venice. It is definitely entertaining and engaging but doesn’t communicate anything new – there are no surprises.

Even though I do praise the blind casting decision this must not be blind to the actor’s grip of the character and some actors don’t convince me with the characters they portray. On a positive note, worth a mention is actress Tara Godolphin who genuinely provokes laughter amongst the audience as a cheeky and bold Portia. She speaks the verse with a natural flow and ease that should be present in everyone’s delivery of Shakespeare. Another example of casting that could have gone wrong were it not for the actress’ ability to immerse us in the drama, is Elizabeth Mary Williams as Shylock. She is disturbing and compelling to watch as the Jew and truly understands the words she is speaking.

Rachel Summers as Nerissa/Leonardo also has good stage presence and a clear and captivating voice though I believe her performance can still grow in confidence. Kaiden DuBois plays Jessica in a quite artificial way, which makes me wonder if we are to take seriously this choice in casting and the character, or if Jessica is merely meant to be a one dimensional character – an archetype. The actresses playing male characters are doing so allowing the seriousness of the character – however when I see Dubois playing Jessica I am always reminded he is a boy caricaturing a woman.

All in all it is an enjoyable evening though not a life-changing one – I maybe being too strict but every time I go to the theatre I want it to change me and to make me grow as a human being, to make me feel and thus think and learn. 3/5

Measure for Measure and Merchant of Venice was on at the Bread and Roses Theatre from Tuesday 24th to Sunday 29th March. For more information on the Aequitas Theatre Company, visit here…