A take on an old classic by well-known storyteller Roald Dahl transports audiences into the mystical world that is The Witches. The Witches at York Theatre Royal highlights the ever growing talent present within youth theatre groups in this country today. Giving young individuals a chance to perform on the big stage and feed their desire for performance at such an iconic venue. Splendid! 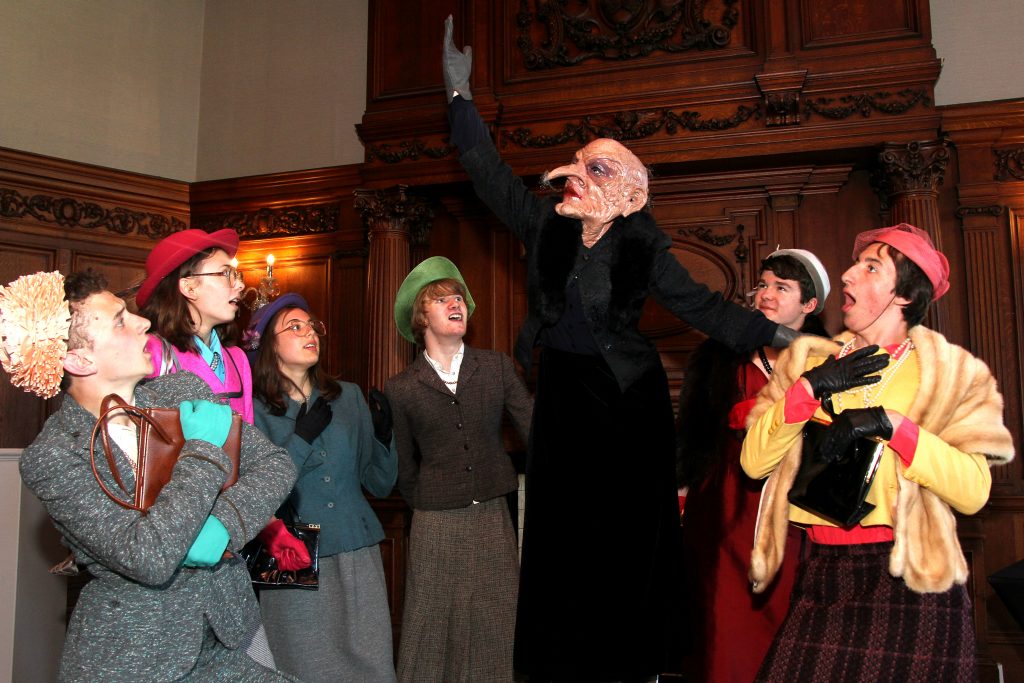 Although dark and somewhat haunting the youth theatre group inject a sense of fun and energy into a piece that can otherwise be considered rather unnerving. Talking of witches disposing of children disguised as normal members of society, acting as anyone they choose undercover seems an uncomfortable thought. The Grand High Witch played by youth theatre regular Molly Levitt displays the deep hatred prominent within these other worldly creatures. Levitt’s performance is controlled and confident, however unfortunately the mask (worn to show the high witches true form) covers much of her face and as a result the audience lose a great deal of speech by the young actress. A pity considering her obvious ability to tackle such a demanding role.

The set design for The Witches is the same as that of Sherlock Holmes presented earlier this season at the York Theatre Royal, and although little changes are made for the new production the young cast own the stage like it is designed specifically for them. A possible off putting factor dealt with in a mature manner. Impressive indeed. As is the young lady (Maddie Drury) who plays the part of Boy, gliding across the space with real vigour and yet operating her puppet mechanised mouse later in the show with a good sense of focus that makes the stringed creature almost come alive to some extent.

Bright costumes, shadow puppetry and heaps of props grasp ones attention from the get go in this energetic new adaption by David Wood. Most are familiar with this childhood masterpiece and its comedic flare so to see youngsters tackle it with such care and honesty is commendable and definitely worth a watch.

The Witches was shown from Thursday 1st until Saturday 3rd September at the York Theatre Royal. For more information on productions at the theatre, visit here…