WHAT TYPE OF ACTOR ARE YOU?

A butch superhero starring in the latest Hollywood blockbuster, or rather a weedy geek in a back-to- school advertisement. Many characters, many possibilities, but for a lot of budding actors ONE ‘type’. The first thing to mention is that whatever ‘type’ you are reflects nothing about you personally or your behaviour as a human being, actually it makes you more certain as a performer and clearer in choosing characters you are likely to take on and play. 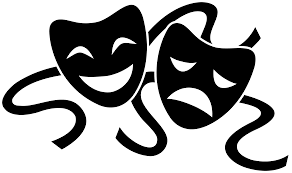 Auditioning can also be a fantastic way of discovering ‘who you are’ as an artist, whether that be in front of talent scouts in your local area, or better still battling it out for a spot at a top drama school, the more you crack on and do it the more you get out of it. The question to finding out who you are lies solely with you, and although others may have ideas or suggestions, they cannot truly jump inside your mind and decide for you. Firstly you need to do a bit of fieldwork that will test you mentally and emotionally, picking through your own work with a fine tooth comb. The biggest challenge for actors is misjudging their ‘type’ based on overthinking the situation and letting their ego block the truth, due to perhaps unease or a displeasure with the final results. Again, everyone might want to play Batman in the next Hollywood blockbuster but, unless you’re a shapeshifter, this may not be the role for you.

Tough, but don’t see this as failing or being pipped to the post by a better actor than you. You might suit the role of a young lover in the latest remake of Romeo and Juliet better, making losing out on the Batman role seem less hard hitting. ‘Type’ can be decided upon in a number of varying ways, appearance, vocal quality, personality and in rarer cases, someone’s background. When it comes to casting, experts want the realistic choice and will rarely take risks when it comes to finding the obvious option. That is unless you are a household name or acting superstar and your name will sell much needed tickets, but even these individuals will have had to work exceedingly hard to get to that point. That is why it is always good to first find your niche and then expand from there.

Simple and yet frustrating, finding your ‘type’ requires a great deal of practice and commitment. Some tips I suggest are ones I find work well in breaking down defences and getting rid of that ‘can’t do’ attitude we feel a lot as actors. There are stages to this method that best work for audition preparation, sight reading pieces or just a stab at a new monologue you fancy trying out. Begin by standing in front of a mirror (an anxious actor’s enemy) and just speak your piece through slowly, observing yourself and listening to the words spoken carefully. Almost like a separate individual in the room looking in. Ask yourself there and then ‘would I ever be realistically cast as this character?’. Be honest and know that the answer ‘no’ is far more common than the answer ‘yes’. You have to be cruel to be kind I’m afraid. Next up take this piece and self-tape it, only letting yourself have access to the footage to watch back. You yourself need to criticise the work first because we should only (as I’m sure many actors will agree) show the best material to an audience, even if it is those related to or friends of ours.

Now remember film and live performance are different, but the screen really gives you the microscopic overview you need to dissect your work closely. The slightest twitch, blink or movement is magnified, so it does pay to do this. Even on a trusty iphone leaning up on a bookcase, all is possible. Finally, its performance time, and it’s no good performing in front of just people who know you, but rather getting it out there and plunging straight into the deep end. If you cannot get the answer after performing for numerous hours in front of a mirror, or recording your life away, then a casting director of any sort will tell you (possibly without a filter) what you can and cannot play. Make sure to audition in more than one environment as different people see different things and just because one may seem negative others may have more positive things to say and be more experienced in casting.

I suppose finally it will be ideal to talk about type casting in a drama school setting. Some institutions base success in an audition on different levels and measure candidates according to their own set standards. For instance, certain drama schools, although holding an audition in order to accept incoming students, will choose candidates based on whether they fit the character ‘types’ needed for end of year performances. Schools take end of year performances very seriously as it is one of the biggest forms of advertising on offer, and a great chance to compete with other institutions in the area. Therefore, drama schools don’t only want a fantastic actor with the ability to make it to the big screen, but also have a ‘type’ that can fit the mould they need to put on a successful end of term show and in some cases represent the schools rich diversity of actors they take in.

Many UK drama schools travel the entire globe to find what they want and that is making the line to success all the more tougher to reach. However, with these aspects of the industry against you there is something casting directors and schools respect and consider more than anything else and that is assurity and maturity. These two qualities can be found by finding ‘who you are’ as a performer and what ‘type’ you fit into so that you are clearly intellectual in your choices of material. This wisdom comes with age ‘they say’, but it also comes with hunger and dedication to the craft. Finding your ‘type’ can take years and years of practice, torment and frustration, but when you have unlocked the meaning to it, you may imagine less possibilities will be open to you, when in fact it will lead down the round to success quicker than you might think. Best of luck!