From Ibiza to the Norfolk Broads @ The Old Market Review

Alex Walton’s performance as Martin is faultless, taking us on his journey in the footsteps of his absent father, and David Bowie, the musician’s music being perfectly used to enhance our connection with this troubled young man. 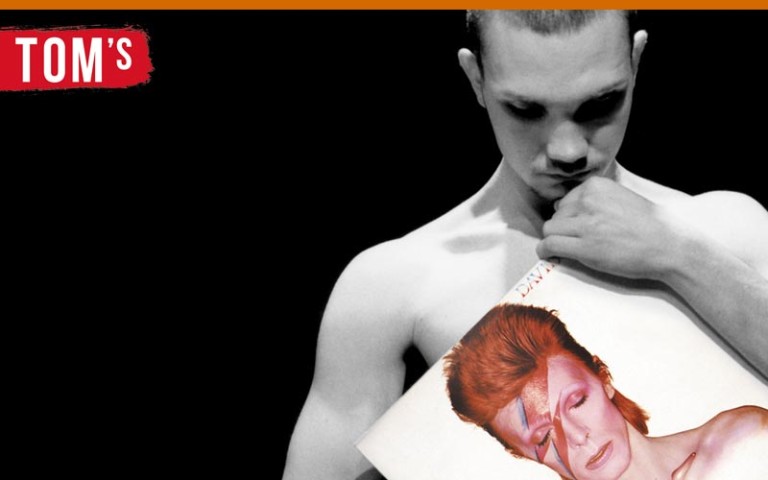 Courtesy of The Old Market Theatre.

It would be very difficult to write about From Ibiza to the Norfolk Broads without making reference to the timely date of seeing this production. The day before I am in the audience would have been David Bowie’s 70th birthday, and the day after marks the first anniversary of his death so, naturally, there has been a great deal of talk about him and plenty of radio play of his wonderful back catalogue.

I find myself quite emotional during various parts of this fantastic production and I’m fairly sure those emotions would be brought to the surface watching Alex Walton’s incredible one man performance at any time. Bowie’s music is used beautifully to contribute to our protagonist’s story, and doesn’t veer into ‘tribute’ territory, more bringing this very human and very real story to life.

This is the story of Martin, a truly troubled young man, with an alcoholic mother, an absent father, struggling with eating disorders and anxiety. His inherited obsession with Bowie takes him out on this journey on his 18th birthday, a journey mapped out by his father and left for him to follow, from the school that Bowie attended as a young boy, to the pub in Croydon where Ziggy Stardust makes an appearance, all the while seeking not only his father, but some remedy for himself.
The set and use of lighting are particularly effective as we move from scene to scene so quickly – we are in the therapist’s room, back in the record store then out on the streets of London, having a panic attack in a kebab shop at the mere thought of eating a meal, and in the final moments, as he reads the letter his father leaves him, sitting by the river, the waves washing up at him as he cries through the realisation that he is gone.
In my experience, it doesn’t always come off, having a performer physically embodying a number of characters over a 75 minute production, but this is an absolute exception. Alex’s quick and hugely effective physical performance brings every one of the characters to life seamlessly, from the record store owner Legs, to the child in the playground of Bowie’s school, to his alcoholic mother waking him on his birthday.
This is a wonderful example of a show involving only one performer, but feeling as an audience member like you have got to know his family, friends, doctor and all the people he met on his way round London. Very clever theatre, and a piece with such a heart that it stays with me for a great deal of time afterwards. 4/5
Review written by Laura Chatburn.

From Ibiza to the Norfolk Broads was shown from Sunday 8th until Wednesday 11th January at the Old Market Theatre. To find out more about the production visit here…

Alex Walton, From Ibiza to the Norfolk Broads, The Old Market Theatre
11th January 2017by Theatrefullstop