Described as being one of the most complained about books in 2008 by the American Library Association, Khaled Hosseini‘s 2003 critically polarising tale The Kite Runner offers a glimpse into the emotionally torn world of Amir, a well to do young boy taking in the constant injustices casting a sinister shadow over his hometown of Kabul, Afghanistan. 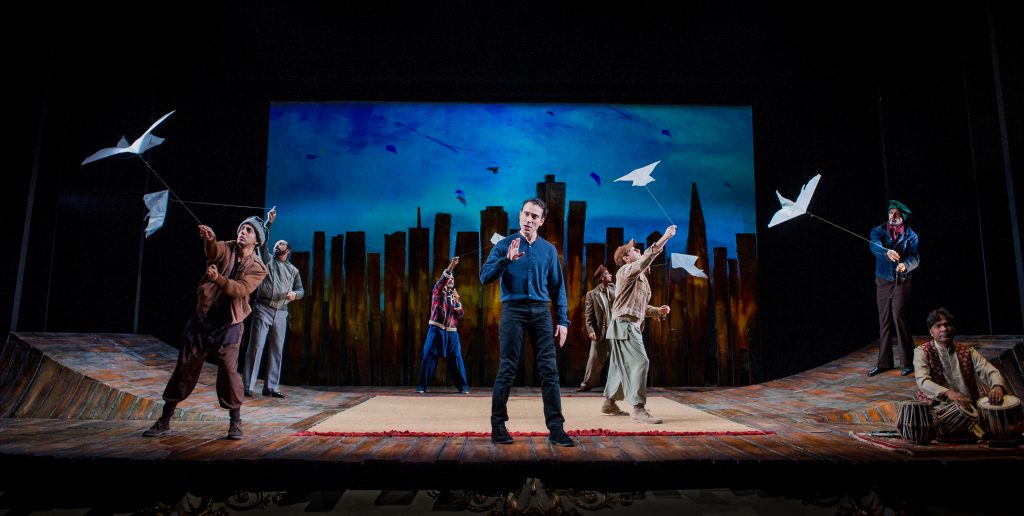 Nine years later the much talked about text receives a stage adaptation; the emotionally rich text forming the perfect foundation for an evening of hard hitting drama. The show begins as it ends, the ensemble canvassing the stage with an overriding feeling of community. Despite the individual journey that forms the basis of the show, the familial feeling established offers a feeling of hope yet a haunting contrast to the traumatic events that begin to reveal themselves.

What is apparent is just how heartbreaking Hosseini’s narrative is. Dark subject matters really help to establish Amir as a three dimensional human being. He tussles with dilemmas that fracture relationships and force him to grow up very quickly. Ben Turner presents a self assured Amir, storytelling his past and present. He already has the foundations of a compelling character, however something is missing in his performance. I only partially believe this character, and the close friendship he has formed with his servant’s son Hassan. He comes across too self assured and generic rather than truly authentic.

The storytelling nature of presenting the narrative ties in well with Middle Eastern tradition, and is a breath of fresh air in terms of the character driven work typical of UK theatre shows. These soliloquies to the audience however could be elevated greatly by the ensemble re-enacting the events talked about or imagery supporting his words. William Simpson‘s projection designs are a treat. The integration of projection is seamless. Two batwing like canvases descend from the ceiling, meeting in the middle to create a foundation for images to transform the rustic stage. Engraved Middle Eastern patterns on walls, trees, video imagery of shadows and kites really highlight the ambition of Simpson and his ability to add to the action rather than detract.

Barney George‘s stage design compliments the performance. Uneven, jagged wooden planks upstage form the illusion of the everyday, a barricade keeping the action away from the hustle and bustle of the outside world. Hamid Khan introduces the evening with the sounds of the tabla, automatically transporting audiences away from the UK. Giles Croft‘s production is a game of 2 halves; it emotionally packs a punch with the strength of the story initially, however flags in the 2nd. The 2nd half is meditative, a reflection of what has been and the choices made then and now but could benefit from being edited further as the production becomes quite exhaustive.

The Kite Runner is a coming of age tale, a tale that crosses the continents beginning in Asia and concluding in America. These tales of immigration are incredibly important as they serve as pieces of history. The production excels in particular elements but just needs fine tuning in others. 3.5/5 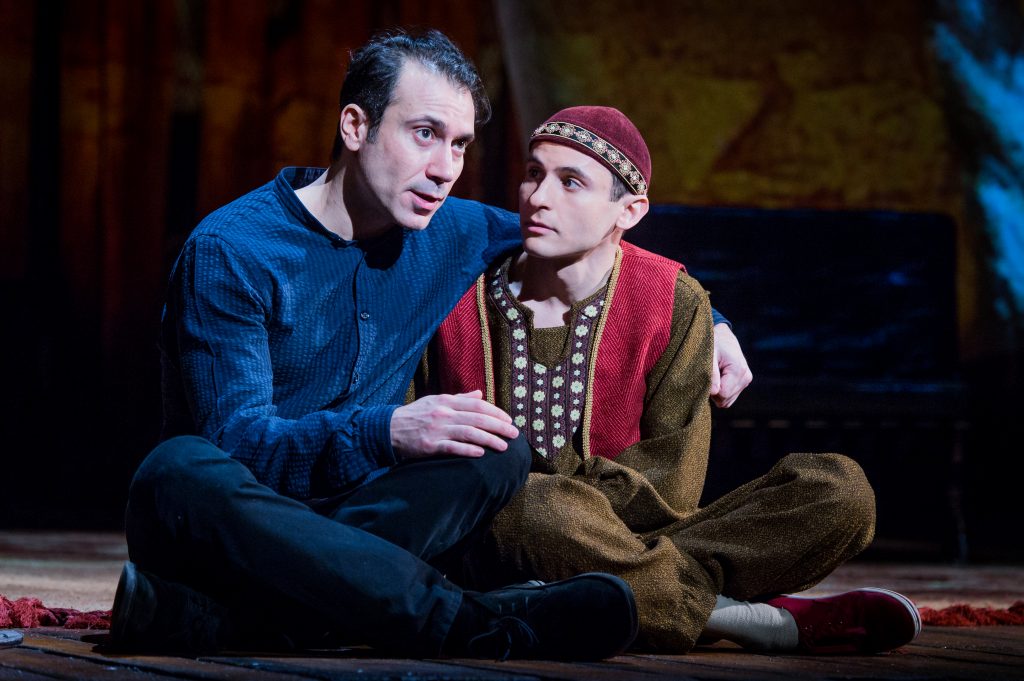 The Kite Runner is currently showing at Wyndham’s Theatre until a Saturday 11th March. For more information on the production, visit here…