The Twits @ The Curve Theatre Review

Roald Dahl is one of the most beloved children’s authors of our time. His many stories have been planting seeds in the imaginations of children for over 100 years that it isn’t any wonder that theatre adaptions are becoming more popular. 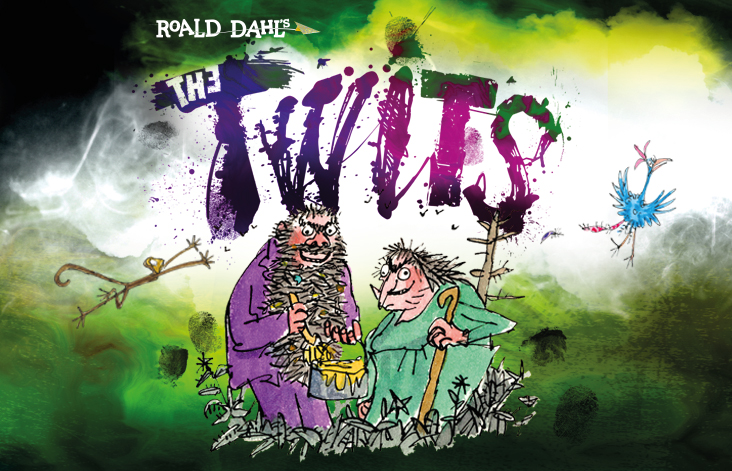 Courtesy of The Curve Theatre.

With the Curve’s 2015 production of Dahl’s, The Witches receiving high praise, their latest take on the inspiration of Roald Dahl’s The Twits is no different. The Twits are perfectly captured in this new production of David Wood’s adaption as the nastiest, ugliest and revolting people we know in the eyes of rising star Director Max Webster.

This production of The Twits is in association with their friends at the Rose Theatre in Kingston. Before the show opened in Leicester, the team travelled to Hong Kong where they performed this production to over 6,000 young people and their families in the Lyric Theatre, one of East Asia’s leading theatres. Once this production closes on the 21st January in Leicester, it will be flying the flag for the theatre as it visits venues across the UK.

Their caravan is the setting of muck and filth, and their toilet beyond the point of fit for use. Our Mr and Mrs Twit, Robert Pickavance and Jo Mousley’s interpretation is so well done that we can’t wait for them to get stuck into their trick playing and evil schemes. This distasteful couple that you’ve come to know from the illustrations and words within the pages of a book, is captured perfectly and they could not have been better cast.

Max Webster’s production has a distinct flair in the telling of this tale through narrative and music. The production which is aimed for its younger audience members, doesn’t allow the older members to be left behind. It is enjoyable for everyone to watch. The physical and more interactive elements meet every expectation you would expect. The actors regularly interact with the audience, allowing the parents in the audience to interact just as much as the kids. I think at one point I see more adult shoes in the air than the kids!

The Muggle-Wumps, who are an ensemble of four skilful actor-musicians help to bring together this performance with their energetic and impressive performance. Acrobatic Roly-Poly Bird Jack Horner amazes the audience with his impressive ability to high kick on stilts as he becomes involved in rescuing the monkey Muggle-Wumps and involve the entire audience in a participation song!

The Twits is without a doubt a performance that oozes fun and is revolting at its seams. It would make for the ideal night out at the theatre for you and your family.

The Twits is currently showing at the Curve Theatre until Saturday 21st January 2017. For more information on the production, visit here…