Raymond Briggs’ Novel The Bear has long held a place in the canon of popular children’s books, and in the hearts of adults and children alike. From the author of the iconic work The Snowman, the story tells of the tale of a young girl called Tilly who awakes one night to find an enormous polar bear in her room. It is a heart-warming story of friendship and family, love and letting go, and this theatrical production captures the magic of the remarkable original with a wonder all its own. 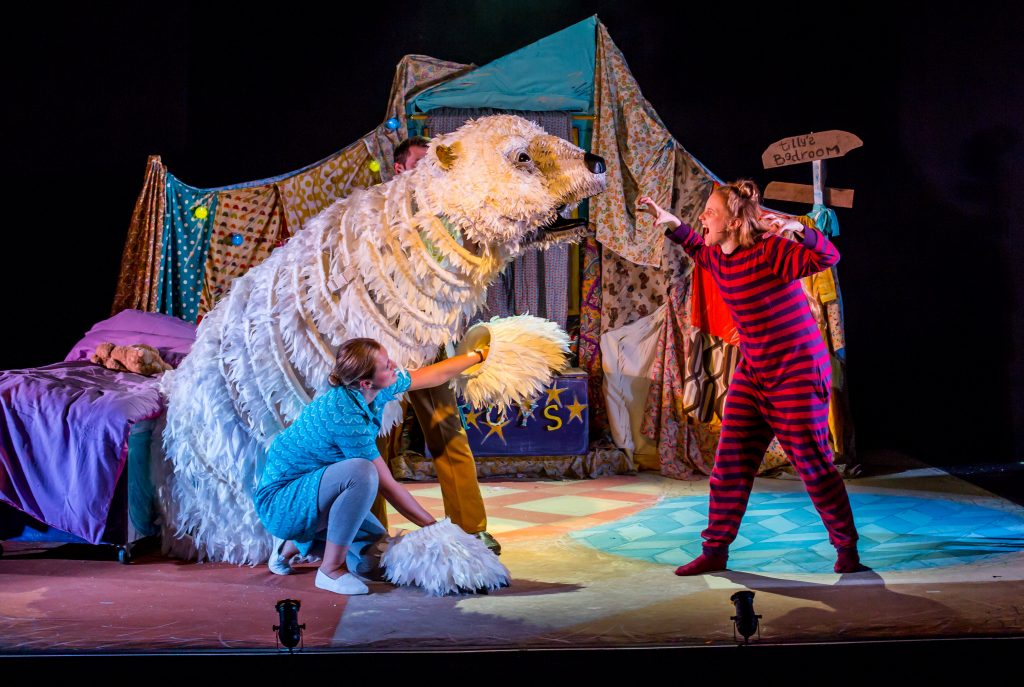 Originally created by Zoe Squire and Emma Earle of Pins and Needles Theatre Company, this latest tour sees Hal Chambers take the director’s seat, and, clearly, this revival continues in good hands. The show opens with an up-beat musical number from the irrepressible Lily Donovan, who must be commended for a thoroughly engaging performance throughout, and the production continues to draw the audience in with startling sensitivity and a delightful sense of play.

The score alternates between poppy musical numbers and haunting harmonies that weave a rich tapestry that underpins the story wonderfully. The skilful choreography and physical theatre both fire the imagination and draw you in to the reality they create from almost nothing. Nowhere is this more palpable than in the pièce de résistance, the giant bear puppet that lumbers into our hearts and minds and provides the keystone to this captivating production. Designed by Samuel Wyer, this creation is a triumph of economy, providing the imagination with just enough to take flight until the strings and actors effectively disappear.

Fiona Putnam and Stephen Harper take on the majority of this task, and their complicity and synergy are equally as impressive in bringing their furry charge to life as in their smaller, but no less capable, portrayals of Tilly’s mother and father.

Small and perfectly formed as the cast is, it does sometimes feel a little stretched, which often leads to an inevitable and frustrating lag in what is otherwise a very high-energy show. The scene changes come thick but not, unfortunately, very fast, and results in a recurrent hiatus while the set and costume are reset. While every effort is made to make these engaging, their regularity places a very slight tarnish on what is otherwise an exemplary production, making it feel at times laboured and curiously episodic.

However, the scenes themselves, go a long way to counteracting this, and the obvious enjoyment of the children in the audience is as much a testament to its accomplishment as their hushed attention at the play’s more poignant moments – a success which is a true test of any piece of family theatre! Powerfully realised, hauntingly beautiful, and just great fun for all ages. 4/5 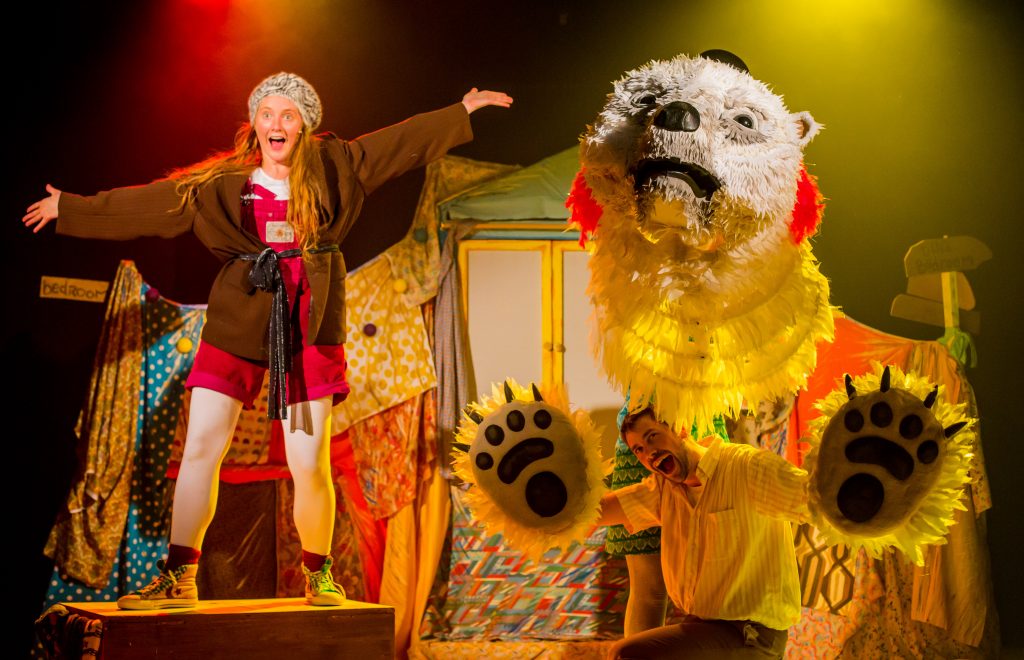 The Bear is currently showing at the Bristol Old Vic until Sunday 19th February. For more information on the production, visit here…