A Haunting, features as part of The Vaults Festival lineup and looks at the anonymous world of internet friends. Mark (Roly Botha) is fifteen and spends a lot of time online. 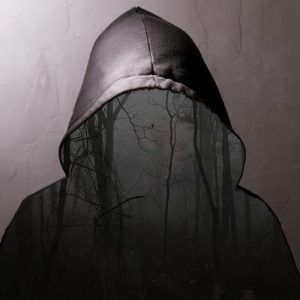 Courtesy of The Vaults Festival.

Morally, A Haunting avoids facile conclusions. While sensitive to the fact that Mark is fifteen and certainly being manipulated, the audience is left with some uncomfortable questions. Though underage, we sense that Mark is complicit in the events as they unfold, able to exploit his partner’s loneliness even as his own naivety is being abused. Curran gives galvanising performance as Ghost, moving dextrously between winging apologies and outright threats; a mercurial figure that leaves the audience guessing until the very end. One senses that the sheer speed and volume of information passed through internet communication makes personal dynamics dizzyingly unstable. Simple binaries (victim/abuser) become increasingly arbitrary.

There’s a tightness to the first half that seems to dissipate as the show progresses. The focus broadens out from internet relationships, to relationships in general; the tone grows melodramatic, and we soon find ourself in vaguely confusing who-done-it territory. I won’t spoil any plot twists, suffice to say a lot of ground is covered in a short space of time. Sadly, this comes at the cost of thoughtful characterisation; it’s almost as if the characters themselves are left struggling to keep up with each new development.

Nathan Lucky Wood’s script is most effective during moments of quiet, uncomfortable understatement. There’s a chilling quality to the opening scenes that will linger in memory. Despite its flaws, A Haunting will certainly give audience members pause before adding anyone new on Skype. 2.5

A Haunting was shows at The Vaults Festival from Wednesday 15th until Sunday 19th February. To find out more about the play’s writer-Nathan Lucky Wood, visit here…