StrongBack Productions with Tara Arts put together this production ‘inspired by true events in the lives of Jamaicans who fought in World War One. The narrative takes place in a dusty rum bar in Kingston, The Western Front Jamaica, Egypt, Italy and Oxford. 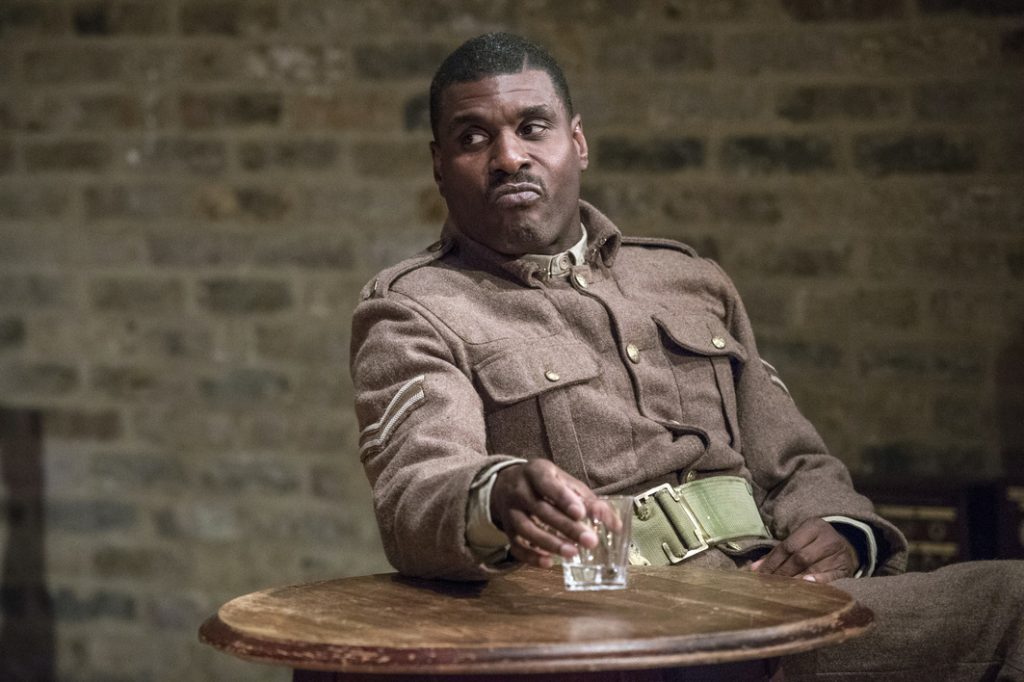 Patricia Cumper has beautifully put together some real characters that ring true and capture the Jamaican people during WW1 whose realities are often untold or easily forgotten. She captures the rhythm and sounds through coloquilisms and simple soundscapes created by Dominique Le Grand, brought to life by the cast.

The scene is set wistfully through Louis Price‘s humble set design to portray a dusty bar in Kingston, Jamaica. The time of ww1 is helped by an aged old book labelled with the date 1914 and the page is turned to reveal the following years when the war events took place.

The cast are extremely strong and work well as a team. Ike Bennett who makes his debut playing Mortie does so with such innocence and defiance. Suzette Llewellyn plays Medora, the Rum bar owner with fire and strength, there’s no wonder as to why she has been nominated for Best Female at the OffWestEnd Awards. Jonathan Chambers and John Leader hold down the Manley brothers with great stage presence. Stanley J. Brown holds his lead with confidence and ease. Matthew Truesmith transforms effortlessly from officer to soldier to Porter and more! 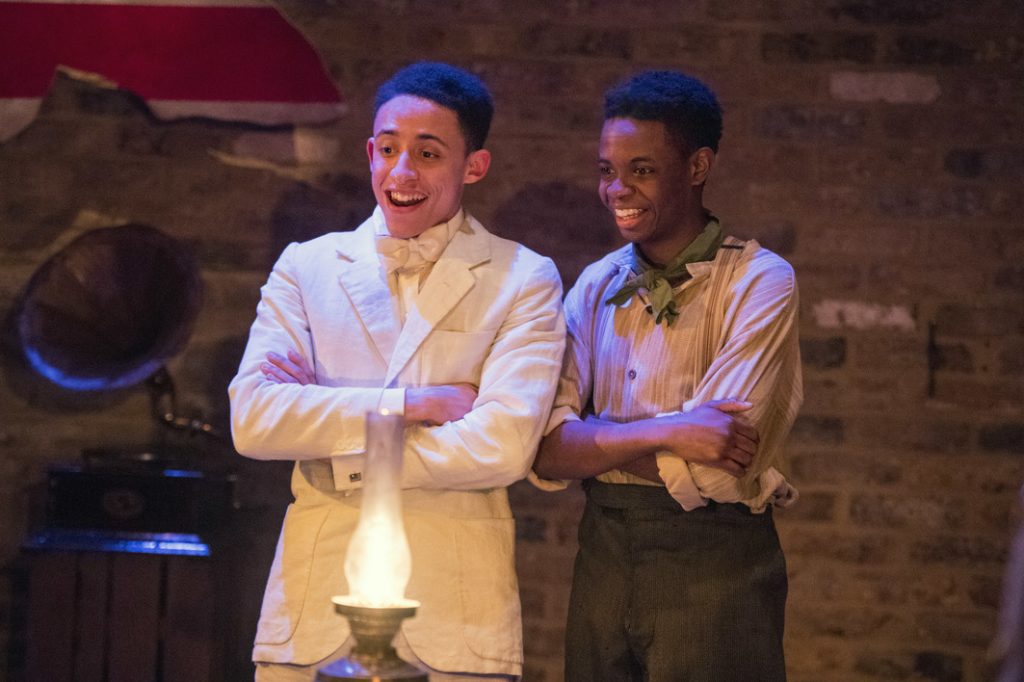 It is a pleasure to watch a part of British history through the eyes of one of the colonised countries. Of course, looking around I feel bittersweet leaving, looking at the British flag on the outline of the Jamaican Island on the wall. It is great to see a mix of age, class and race in the audience and hearing them gasp, cry and cheer at the truths retold before us. 4/5

Chigger Foot Boys is currently showing at the Tara Arts Theatre until Saturday 11th March. For more information on the production, visit here…