Beauty is but skin deep, ugly lies the bone. Beauty dies and fades away, but ugly holds its own.

Lindsey Ferrentino‘s play about a severely wounded war veteran attempting to put together a new life confronts an important issue with honesty and compassion. Ugly Lies the Bone premiered in New York in 2015 and marks Ferrentino’s UK debut. 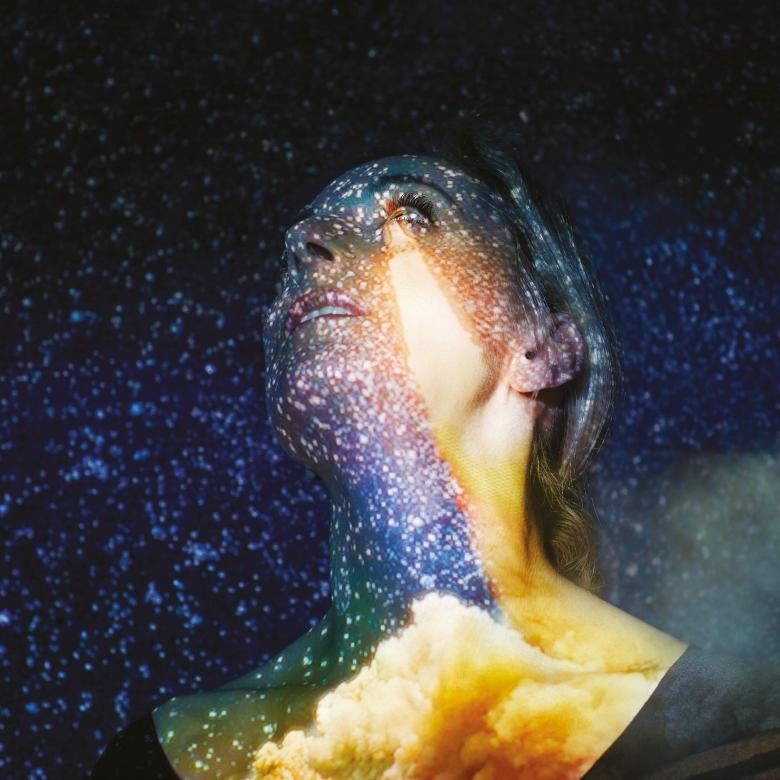 Courtesy of the National Theatre.

Jess (Kate Fleetwood) is a war veteran in her early 30s. Half of her body was burned in an IED during her third tour in Afghanistan and due to her injuries and many surgeries she is in constant, intense pain. She conceals her thin hair with a scarf; grafts cover large areas of her body, so she wears a bodysuit that extends down one arm. Jess’s psyche is under severe stress, too, although her strong will comes through clearly in her sardonic responses to her sister Kacie (Olivia Darnley), whose relentless attempts to cheer her up are met with irritation and sarcasm. Kacie’s new boyfriend Kelvin (Kris Marshall) doesn’t particularly endear himself when he suggests a job at a pizza place to Jess whilst he claims disability allowance.

Indhu Rubasingham‘s production alternates scenes depicting Jess’s problematic transition to her former life with those set at a facility where she receives virtual reality therapy. Back in her hometown in Florida, near Cape Canaveral, Jess takes part in a VR pain relief programme which offers techniques that can lessen the physical and psychological toll of reconstruction. In trials, at least 60% of patients experienced around 30% reduction in pain. Morphine usually reduces pain by around 25% and is highly addictive. Putting on goggles that cause her extreme discomfort, Jess is encouraged by the therapist’s disembodied voice (Buffy Davis) to move her limbs while watching an avatar move through a snowscape. The choice of climate is hers.

Es Devlin‘s set is a hemisphere with curved walls. At first it serves as a screen for virtual reality imagery but as the lights go up, Luke Halls‘ video projections turn into the map of a town. This is Jess’ home but it has changed. The shutdown of the Space Shuttle program has caused massive unemployment and the town is suffering. Jess’ ex-boyfriend Stevie (Ralf Little) was working for NASA, she now finds him selling soda, candy and scratch cards at a gas station. Her mother, who is suffering from dementia, is living in a care home. Jess refuses to see her – be it because she fears her mother’s reaction to her injuries or because her mother might not recognise her at all. As Jess arrives, the final space shuttle has been launched into space. As the space shuttle returns, it feels like Jess is beginning to settle in at last – she has arrived, too.

Kate Fleetwood portrays Jess as sardonic and tenacious, hiding her vulnerability and suffering with gallows’ humour. The scene when she changes into a dress is painful to watch as every little movement hurts whilst she slowly tries to become a version of her former self. Olivia Darnley’s well-meaning Kacie is too cheerful and overprotective, even hiding all mirrors in the house, to spare her sister any reflection of her now disfigured self. Kris Marshall and Ralf Little are very good as the ne’er-do-well Kelvin and the clownish Stevie.

An intense and relevant production focussing on the problems of female soldiers coming back from the war. 4/5

Ugly Lies the Bone is Currently showing at the National Theatre until Tuesday 6th June 2017. For more information on the production, visit here…