Writer & Director Ade Berry talks about his show From Ibiza to the Norfolk Broads! 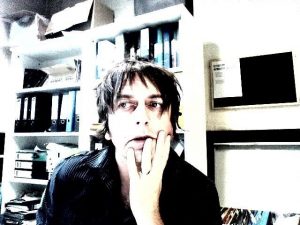 Inspired by the music and fashion legacy the late and great David Bowie left behind, From Ibiza to the Norfolk Broads is a celebration of the pioneer’s back catalogue. Currently on tour and and playing at this year’s Edinburgh Fringe Festival, writer/director and AD of Jacksons Lane Theatre Ade Berry tells us more about the show.

Hi Adrian, your show From Ibiza to the Norfolk Broads will play at this year’s Edinburgh Festival (Pleasance Courtyard). How are you feeling ahead of the run?

Nervous but confident. After 75 shows we don’t feel we have anything to prove so we’re just going to enjoy it. I sound like a football manager with nothing to lose. Theatre’s a game of two halves, Gary.

From Ibiza to the Norfolk Broads is a celebration of the late and great, David Bowie. Why in particular were you inspired by David Bowie to create this show?

Well, he’s the best really isn’t he? I mean there’s very few like him and I’m not sure we’ll see his kind again. When Harry Styles starts getting hailed as the new Bowie you just have to laugh really. I can’t see Mr Styles getting strung out on heroin and recording a trilogy of experimental albums in Berlin. Actually that would be awesome. He could shave his eyebrows off and live off red peppers and milk. He’s a pretty boy though. But why Bowie? He’s quite close to God and I ain’t a church goer.

The theme of mental health is explored in the show, what drew you to focus on this topic?


My own experience of it. I suffered as a teenager after the break-up of my parents. Starved myself. Went slightly mad. So I wrote about it and put it on the stage. It feels like a different person I’m writing about now. I feel very removed which is healthy for me. I’ve transferred it all on to Alex, poor lad.

That they’ll burn their Coldplay CDs and listen to Bowie circa 1976 instead. As well as the new Solange album. And Boards of Canada. David would approve of that. He hated nostalgia. More seriously I hope the show will stay with them for days to come

Actor Alex Walton takes on the role of the young lead and Rob Newman has recorded his voice as the late David Bowie. How has it been working with both performers?

I only worked with Rob for one afternoon and it was fun. We explored how Bowie sounded in different eras. He was quite posh in the 70s but went very ‘mockney ‘ in the 80s, quite laddish. Rob nailed it in the end, actually quite eerie how accurate he sounds. Alex was, and is, a joy to direct. He’s a hardworking, intuitive actor who understands the complexities of the character. He’s just brilliant.

You’ve collaborated with Alan Boyd who has composed sound for the show. How have you both worked together to create the show’s soundtrack?

I went to his little studio in Kentish Town with a very clear idea of what I wanted and he translated it into sound. So I’d say ‘I want a truly awful karaoke version of Starman that sounds like a bad acid trip at the end’ and he works his magic, then we have what’s in my head. My favourite was ‘Alan, can you give me a really creaky Victorian music box version of Life on Mars that slows down and suddenly stops?’. ‘Sure Ade no problem’. We’ve done some gigs together as we’re both in bands. I love Alan. He’s a genius.

The show has toured both London and the UK. What have responses been like towards the show?

It sounds hard to believe but nothing but positive reactions and reviews. Standing ovations. I even got asked for my autograph a few times which is just ridiculous as I’m a total no-one. But that’s Bowie fans for you. It’s been tremendously well received from Inverness to, ummm, Louth.

What advice would you give to aspiring writers and directors?

Create from the heart. That’s all.

From Ibiza to the Norfolk Broads will be shown at this year’s Edinburgh Fringe Festival from Wednesday 2nd until Monday 28th August at the Pleasance Courtyard. For more information on the production, visit here…

For our review of the production, visit here…