Shut Down @ The Place Review

Vincent Dance Theatre Present Shut Down. We can all agree that 2017 (and pretty much every other year in existence) has been particularly difficult and controversial for men, and it is this theme of masculine identity that Vincent Dance Theatre dissects with the premiere of Shut Down, their first ever all male production, at The Place. 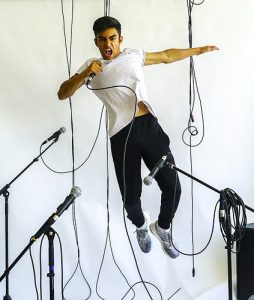 Vincent Dance Theatre regularly visits contemporary issues that provoke discussion and debate, underpinned by powerful dance theatre that has wowed international audiences since 1994. Headed by director Charlotte Vincent, arguably one of the UK’s most eminent feminist writers, Shut Down takes us on a raw and emotional rollercoaster exploring the state of things as a man in 2017.

It is an interesting piece of theatre, written by a woman, with a salient feminine touch, but featuring only men, with nary a mention of male-female interactions. Instead, the piece focuses on the pressures of living up to male expectations, of not being able to express feelings, at least not in a healthy manner, daddy issues, and deconstructing barriers to who men want to or could be.

Six suited men deliver a series of monologues, punctuated by ultra masculine dance routines and spoken word rap, covering toxic masculinity, knife crime, repressed sexual feelings, crossdressing, and problems with ejaculation, based on a sparse stage set up featuring only a white scuffed floor and a paper backdrop, which the cast scrawl, draw and graffiti on.

The show is all the more impressive when you learn that the monologues are based on real life testimonies, collected through social engagement, and that non-professional young people are integrated into the adult cast. One would like to think that those involved went through a process of self reflection, teaching them how to face about the struggles of being a man.

It’s hard to say whether the audience will go for a similar process of self-reflection, but it is an interesting, and for male members of the audience, potentially familiar insight into what makes men tick and the issues they face. 4/5

Shut Down was shown from Tuesday 28th to Wednesday 29th at The Place Theatre. To find out more about the production, visit here…