Actress Tuppence Middleton talks about starring as Jo in Vicky Jones’ The One at the Soho Theatre! 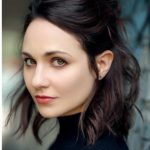 The Verity Bargate award winning play – The One, received critical acclaim when it debuted in 2013. Five years later, and Vicky Jones’ debut play about love, lust and destruction returns to Soho Theatre from early July. Taking on the role of Jo, one half of the show’s duo, actress Tuppence Middleton tells us more about how she’s approached the role, what to expect and working alongside fellow actor John Hopkins.

Hi Tuppence, you’ll be starring in Vicky Jones’ The One at the Soho Theatre from early July. How are you feeling ahead of the show?

A little nervous! But mostly very excited… it is the first play I have been in for many years and I am so glad that this is the one that has brought me back to the theatre. Vicky Jones is an incredible writer and it’s a pleasure to be able to speak her words and bring Jo to life with such an amazing cast of actors. Soho Theatre has welcomed me with open arms- it’s wonderful to work in a venue that is so alive and full of artists who really care about their work, it feels like home already!

2) The One, ‘delves into the fragile dynamic of being in a couple’, what would you like for audiences to take away from the show?

I think it will be impossible for audiences to leave the show without discussing their past or current relationships. Anyone who has been in a long term relationship will find the play challenging, dangerously observant and often very funny too. I hope it opens up discussions about our expectations of gender politics and power play in 2018- there are several confronting moments that unfold as the action plays out and I think it will be interesting to see how our audiences respond. I would imagine any couples coming to see the show together will be found in the bar afterwards, either arguing or clinging onto each other for dear life…

3) You play Jo, one half of the couple the show focuses on. How would you describe her?

Jo is bored, bright and often  brutal. She is dangerously honest. She constantly pushes boundaries in order to test her relationship but is too scared to leave Harry. She is deeply romantic and at the same time very cynical, which means she is never satisfied. She is always one step ahead of the game.

4) How did you approach the role of Jo?

Jo has been a difficult character to get my head around. She can appear to be very cold and manipulative at first, but I think she is much more complex than that. Someone who is able to tell uncomfortable truths with such confidence and ease is an admirable thing and I think it’s important to remember that she has found herself stuck in a very toxic dysfunctional relationship. She is not a bad person but over time she has become desperate, bored and trapped, so we are seeing the worst possible side of a woman who uses her intelligence, humour and power to deflect from the fact that she is in what she considers to be an inescapable situation. I think the key to understanding and playing Jo as a character is to remember that she is only human, and we meet her at a point where she is very lonely and unhappy. All of the venom and the bad behaviour comes from somewhere, she isn’t a monster and she doesn’t want to be cruel. But she can be.

5) You star alongside John Hopkins who plays Harry, Jo’s partner in the show. How have you found performing alongside him?

John is just brilliant. He is such an experienced theatre actor which is invaluable to someone like me, who is still finding their feet in this world. He is so generous and bright and will always check in with me at the end of rehearsals to make sure I’m feeling good and  to discuss what we’ve done that day. I think we have a similar speed of thought which is very helpful for the rhythm of this play.  I couldn’t have asked for a more sensitive scene partner. I really couldn’t imagine anyone but John doing it- he is perfectly cast and I feel lucky to be acting alongside both him and Julia (who plays Harry’s friend and colleague Kerry).

6) Steve Marmion directs the production, can you describe a typical day of rehearsals?

Steve has a very relaxed and open way of working. He manages to make a carefully planned and often intense days rehearsal feel very fluid and organic. The nature of the play can be quite overwhelming at times and we tend to work in short bursts, intensely exploring each scene, then making sure we talk about it afterwards and flag up any uncomfortable moments. From day one Steve has been very sensitive to the subject matter and has made sure the whole process is as collaborative and comfortable as it can be. We started running the play as a whole from relatively early on, so any fear of tackling the potentially  difficult moments disappeared within the first week.

When I first read the play, although I recognised what a dysfunctional and toxic relationship this was, I admired Jo for her honesty and her confidence. I think we all have moments when we wish we could just say exactly what was in our heads… and Jo does that. When you reach a certain age, you are much clearer about what you want from life and relationships, and you trust your gut a lot more… the trick is to learn how to listen to it. I do relate to Jo in many ways, I think we have the same rhythm – we both have a lot of energy and I understand her competitive streak and her short attention span. I think most women will recognise some part of themselves in Jo, whether they like to admit it or not!

8) What advice would you give to aspiring actors?

This is probably terrible advice but I would always say don’t give yourself a plan B. Because if you do, you will take it.

The One will be showing from Thursday 5th July until Saturday 25th August 2018 at the Soho Theatre. To find out more about the production, visit here…