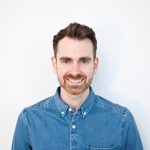 Project Manager Alex Turner has overseen the preparations for this year’s TheatreCraft. An event aimed at those aged 16 to 30 looking to learn more about theatre disciplines off stage, the initiative will see industry professionals give talks and workshops, as well as a careers fair at the Waldorf Hilton Hotel offering attendees the chance to meet some of the UK’s leading theatres, companies and education providers. Read on to find out more about this year’s event.

Hi Alex, you are project managing this year’s TheatreCraft. How are you feeling ahead of the event?

I’m very excited! It’s a huge undertaking – TheatreCraft is the biggest theatre careers event in the UK, attended by over 1,000 young people, for whom we put on a stellar line up of workshops and talks, wrapped around a bustling Marketplace of exhibiting theatres there to tell young people about the work they do, give careers advice and talk to attendees about careers in theatre. Hundreds of theatre professionals are involved in the day, and I can’t wait for the attendees to take part in such a broad range of workshops, meet professionals from leading theatres and companies, such as the National Theatre, Southbank Centre, Royal Opera House and Paines Plough, and hear some really inspirational talks – including a panel with our brilliant 2018 Ambassadors – Tamara Harvey (Artistic Director of Theatr Clywd), Christopher Oram (Olivier and Tony award-winning Set and Costume Designer), Indhu Rubasingham (Artistic Director of Kiln Theatre) and Griselda Yorke (Lead Producer at the Royal Shakespeare Company). There is just so much going on and it’s been a lot of fun to put it together.

As an artist and producer, you have co-devised and produced shows at prestigious venues such as The Barbican, The Bush Theatre and The National Theatre, what drew you to get involved with this year’s TheatreCraft event?

I attended TheatreCraft myself about ten years ago whilst finishing a Drama and Theatre degree at Royal Holloway, University of London, so I know first hand how important these events are. Being an emerging theatre practitioner and keen on a career in producing, I honestly found it inspirational to hear careers talks from industry leading producers, such as Joseph Smith (returning to be on a panel at TheatreCraft this year) who is now my Stage One Bursary mentor, and Nick Salmon from Playful Productions, who I subsequently worked for for three years as a Production Assistant. It’s amazing to think that I’ve subsequently worked for, and am being mentored by, producers whose advice I took before I’d graduated. That inspirational and motivating experience, and my passion for nurturing the next generation of emerging theatre makers and producers, made me sign up to project manage this year’s event and put together a programme that I know will inspire those who attend as I was ten years ago.

TheatreCraft aims to “offer a glimpse” into the backstage elements of theatre, from stage management to lighting design to anyone aged between 16 to 30. What can attendees expect from this year’s event?

There is really broad range of workshops and talks this year, so I hope that TheatreCraft 2018 really does offer something for every interest in theatre, as well as surprising people with careers they never knew existed. Workshops on offer include going behind-the-scenes at The Lion King, Mamma Mia! and Tina – The Tina Turner Musical, and sessions with directors, playwrights, producers, set and costume designers, lighting designers, sound designers, education practitioners, Frantic Assembly, publicists, theatre marketers, theatre managers and dramaturgs – to name a few… Those attending can get hands on with people at the top of the business, put their questions to panels of experts, as well as meeting and putting questions to a ton of theatre companies, drama schools and universities offering arts courses. Everyone who attends this year will be entered into a competition to walk away with two of one-hundred tickets to see a top West End show that evening too, which is awesome – free theatre!

Workshops and talks will be led by industry professionals include a Bush Theatre Lighting Designer – Rajiv Pattani, award winning designers, Khadija Raza and Frankie Bradshaw and playwright Charley Miles. How is it decided who will take part?

It’s really hard! There are, obviously, so many amazing theatre makers from across the UK to choose from to approach to run workshops and be part of talks, and we try and mix up the practitioners each year so that we don’t repeat the same thing on offer. The programme certainly has some brilliant people that I’ve worked with myself in past organisations, including the Barbican, Royal Shakespeare Company, Frantic Assembly, Theatre Delicatessen, Kate Morley PR, Bush Theatre and Playful Productions, and the amazing steering committee made up of representatives from the partner group – Masterclass, Mousetrap, SOLT and the Royal Opera House – open their phone books too. It’s been really fun making approaches to offer a broad, and challenging, programme for this year.

What does project managing TheatreCraft entail?

Where to start! It’s involved everything from setting objectives for the event with the partner group; programming workshops and talks using a giant spreadsheet to keep everything in one place and not drop any balls when nearly one hundred professionals are involved in these; recruiting exhibitors and volunteers to be a part of the event with Eleanor, our talented and ever-calm Event Co-ordinator; to the logistical side of the venue preparation and getting the many running sheets ready for the day. It’s going to be a long, full on day for everyone managing the event on the day to make sure it runs smoothly.

Did you find that there were any challenges co-ordinating the event?

The hardest part so far has definitely been choosing who to approach to be a part of workshops and talks when there are so many brilliant people we could reach out to. I just hope that TheatreCraft runs for years to come so that we can involve everyone we would have liked to reach out to this year in the future!

What or who inspired you to become a producer?

The first production I remember seeing in the West End when I was little, was Sam Mendes’ production of Oliver! at the Palladium, absolutely made me decide theatre was what I wanted to make for the rest of my life – big productions that reach and impact as many people as possible in the way that the best theatre I’ve seen has impacted and moved me throughout my life. Then, since producing plays at school from the age of 12, I realised producing was what I’ve been doing on one scale or the other for a long time when I decided to start a career in producing theatre not long after university. I’ve worked for some really inspirational producers and companies along the way, all who have inspired me to produce work to challenge, provoke and move audiences.

What advice would you give to anyone considering a career behind the scenes?

Be bold. You will be surprised at how accessible and open this industry is, and how willing people are to give young theatre makers their first opportunity in the industry. Don’t hesitate to write letters, seek out paid internships or placements, volunteering opportunities if you can afford it, and approach people for advice. I wrote dozens of letters to companies when I was looking for work experience when I was at school. One of two people to reply was the stage manager of Blood Brothers at the Phoenix Theatre and a couple of months later I was shadowing the stage management team for a few nights, my first time backstage at a West End theatre and it was eye-opening. If you don’t ask, you don’t get.

TheatreCraft will take place on Monday 19th November 2018 all day at the Waldorf Hilton Hotel. To find out more about booking workshops and talks, as well as visiting the careers fair, visit here…