Stratford East Theatre Royal is currently re-establishing itself as a home of high-quality, politically provocative theatre. In their inaugural collaboration with ENO, they present Lyndsey Turner’s production of Noye’s Fludde; a pretty community opera, which sees local schoolchildren partner with professional actors, to create a high-quality performance. 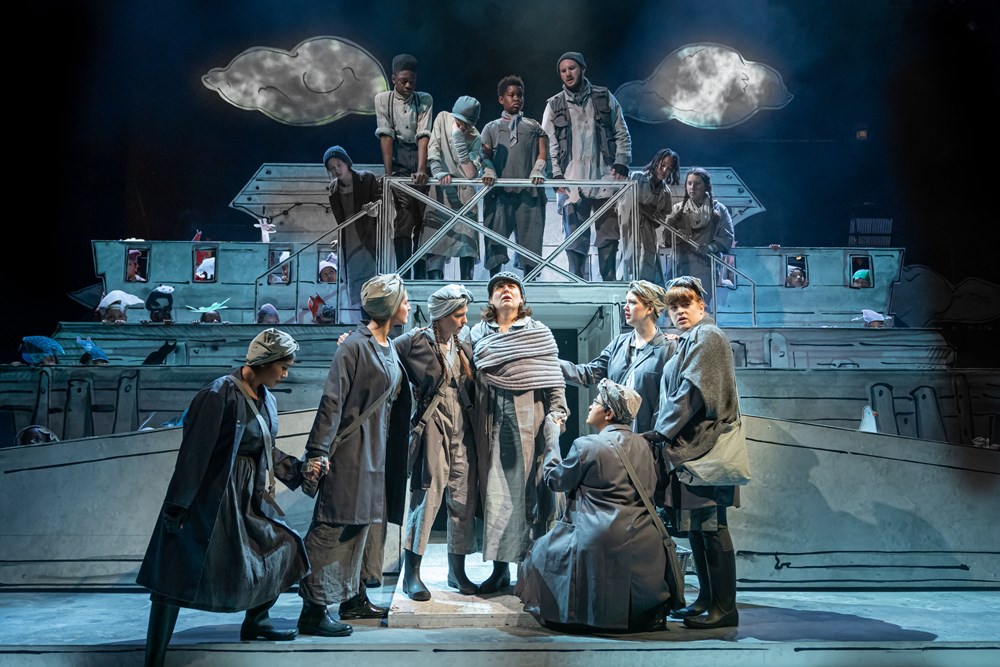 The story is a semi-familiar one; Noah got told to build an ark and fill it with two of every animal. Normally the tale paints a plain-sailing picture, however it isn’t so smooth here. The animals eat each other and some aren’t so sure about spending so much time on the water. Turner’s interpretation features lots of imaginative additions, which gives a layer of authenticity to the production.

The children bring the animals to life and are so sweet in doing so. It’s clear they’re having so much fun and the enthusiasm radiates around the auditorium. The joyful expression allows the audience to have so much fun too. The entire production is full of charm and overall enjoyment. Benjamin Britten’s opera has been produced for six decades and is a lovely reminder of the power of community. Lasting at only an hour, it’s the perfect amount of time and never stalls once.

The featured cast are equally sensational. Suzanne Bertish’s God stands strong in her passionate presence, and Marcus Farnsworth’s Noah is a shining example of how brilliant Britten’s words can sound coming from the mouth of a well-skilled singer. There are a lot of amateurs in this show – and their passion carries them through – but the trained performers are the real standouts.

The production is both light and heavy, and the dichotomy between its rough and ready output and professional composition works very well. It’s an entertaining hour, and even though the quality of talent on show isn’t at its highest, the cast definitely show the most excitement than other people I’ve seen performing else right now. 4/5

Noye’s Fludde is currently showing until Saturday 13th July 2019 at Stratford East Theatre Royal. To find out more about the production, visit here…