The End of History @ The Royal Court Review

Jack Thorne and John Tiffany are usually a dream pairing, and after having created one of the most successful cultural hits of this decade (Harry Potter and the Cursed Child), the duo reunite at The Royal Court, yet this time they create a slightly lukewarm production, which doesn’t reach its full potential. 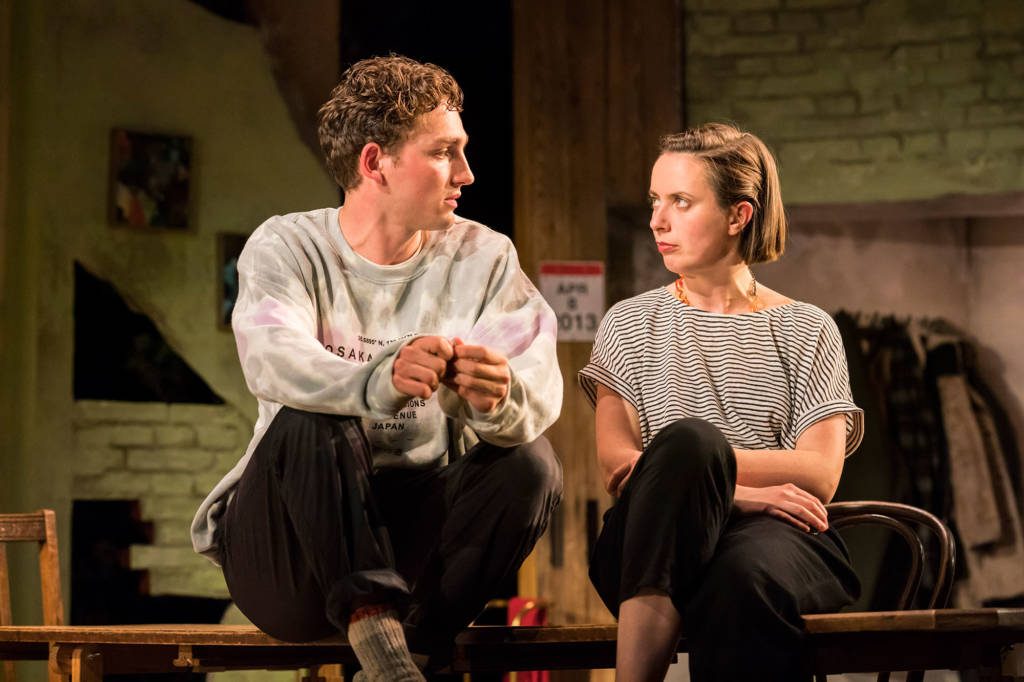 Set in a Newbury kitchen and beginning in 1997, Thorne’s play spans three decades. It begins with the Tony Blair era – in his arrival as PM – and takes us all the way to 2017, which gives us a mention of Brexit Britain. Lesley Sharp and David Morrissey lead the cast as our baby boomers, Sal and David. These two are always delightful to watch, and in this there is no difference. However, their dialogue proves tricky to work with, and the clunky narrative struggles to ever lift off its feet.

Sal and David are both socialists – passionate ones at that. Their aim is to raise their children, Carl, Polly and Tom, in that way too. When Carl introduces his posh girlfriend, Harriet, points of privilege awkwardness and class prejudice are made. Thorne usually writes dialogue well, but here it seems to lack depth. The point never fully lands, which is a shame because when utilised properly, the dark comedy lands very well.

The main pitfall here is that the characters don’t seem believable. And when you then put them together as a family, it’s even more inconceivable. Tiffany’s direction is superb, but there’s only so much one can do with a play that ultimately goes nowhere.

It’s a shame because there’s so much scope for investigation here: radical politics, cultural identity, New England, and family dynamics are but some avenues that could have been dissected further. At the moment, there isn’t much in this production that we haven’t heard before. 2.5/5

The End of History is currently showing until Saturday 10th August 2019 at the Royal Court Theatre. To find out more about the production, visit here…