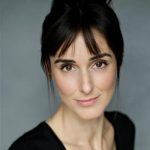 Social issues have become the main focal points of discussions had within wider society, we’re now living in an era whereby certain topics can no longer be ignored. The rate of homelessness in November 2018 has risen 4% to 320,000 people in Britain, a figure that has risen by 13,000. Our awareness of mental health has deepened, with 1 in 4 people in the UK experiencing mental health problems and 1 in 6 in England experiencing a common health mental health problem such as anxiety or depression (CALM). Exploring the isolation felt from the perspectives of the materially advantaged and disadvatanged experiencing postpartum depression in the early stages of motherhood and homelessness, writer and performer Katie Guicciardi presents  ‘Fox’, questioning our complex relationship of asking for help. ‘Fox’ will be performed from late July at the Pleasance Courtyard at this year’s Edinburgh Festival Fringe.

Hi Katie, your show Fox will show from the 31st July until 26th August at this year’s Edinburgh Festival Fringe (Pleasance Courtyard). How are feeling ahead of the run?

90% excited, 10% petrified. It’s the first full length play I’ve written, the first one woman show I’ve ever done and my first Edinburgh fringe so I’m aware that I’ve set myself a challenge!  It’s a bit like being pregnant for the first time. You don’t know what to expect, you’re really excited to meet the baby and at the same time, really scared to push it out!

The show explores ‘privilege and isolation in a contemporary, urban environment’. What inspired you to create a piece exploring these themes?

The show is partially inspired by true events in that a man did appear one day and live on the wall outside my flat in Clapton for a month just after I’d had my first child. At the same time, the area was changing rapidly before my eyes and the increase of homelessness and the discrepancies between those with and those without were noticeable. It evoked so many different feelings in me and got me thinking a lot about the effects of gentrification and the situation of this man living in such close proximity to me that I wanted to write about it.

I started writing about the man soon after he appeared, maybe as a way of making sense of it in my head and shortly afterwards made the decision that I wanted to raise awareness of post-natal mental health and began to research a lot and talk to women and close friends who were suffering with it in order to write the journey of the Mum in the play and chart her realisation that she, like the homeless man, needs help too. Last year it was selected by The Pleasance Theatre to have a rehearsed reading as part of their ‘Reading Week’ and since then we have been in the process of bringing it to the stage.

This is the first full length show I’ve written and my first one person piece. I think in the past I’ve worried about rules and not had confidence in myself as a writer. This piece came quite easily to me and I realised that you don’t always have to follow the rules to have a voice and bring an idea to life. I’ve learnt a lot about the writing process; structure, editing, etc and that if you put something out there that you believe in, people are willing to get behind you. I’m amazed by the amount of work it takes to produce a play and extremely grateful to the team I have behind me who are taking care of that side of things so that I can concentrate on the writing and performing. However, I think I will learn the most from it once the performances start and the relationship with the audience begins and I’m looking forward to that.

The show is directed by Lisa Cagnacci and performed by yourself. How have you both worked together to bring the show to life?

Lisa was recommended to me and I approached her with the play last year, asking if she would be interested in directing a rehearsed reading of it. She was onboard from the beginning and has been extremely supportive in bringing it to life. We also have a similar approach in terms of how we work so it has felt very organic. She has been working in Scarborough so we have had monthly meetings to discuss elements of the play and the character’s journey and objectives etc. Full time rehearsals will begin in a month.

It’s honest, and sometimes brutal. It addresses important issues and asks important questions in a straightforward way. There’s a simplicity and humanity that hopefully comes across. Lisa described it as a bit like a gritty graphic novel which I quite liked.

An awareness of postnatal mental health and the silent issues that surround pregnancy and parenthood as well as the importance of asking for help when its needed. I want to open a discussion about things that are difficult to talk about so that people can watch it and feel like they can be more open because by talking and making art about these things, we can relate to others, feel less alone and ultimately more connected as human beings. That’s what theatre is for I think.

What advice would you give to aspiring writers/performers?

Just do it. There are no rules. If you have an idea that you believe in then make it.

I’m a firm believer in people making their own work. ‘If opportunity doesn’t knock, build a door’ and all that. Build a door to something really great and have everyone come knocking on yours!

Fox will be showing from Wednesday 31st July until Monday 26th August 2019 at the the Pleasance Courtyard as part of this year’s Edinburgh Festival Fringe. To find out more about the production, visit here…

« Previous post
Writer and Performer Tom Hartwell talks about his hit show ‘Before 30’ showing at Edinburgh Festival Fringe 2019!
Next post »
The End of History @ The Royal Court Review