Writer and Performer Tom Hartwell talks about his hit show ‘Before 30’ showing at Edinburgh Festival Fringe 2019! 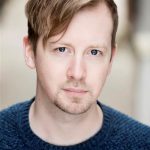 There are always expectations we feel we’ve got to live up to, we often being our toughest critics. These expectations most likely reaching their height on the lead up to milestone birthdays; a culmination of societal and subconscious expectations generating a tick list of achievements that should have been reached by said age. However, we’re human, often taught to plan ahead but as we all well and truly know, life can quite often lead us on to the unexpected. Tom Hartwell’s ‘Before 30’ explores this; a one man show looking at approaching the milestone of 30, and how mental health affects us all, no matter our age. Having already performed at TheatreN16 and Waterloo East Theatre, Tom will perform at this year’s Edinburgh Festival Fringe at the Underbelly Cowgate. Read on to find out more about Tom’s inspirations and creative process.

Hi Tom, your show ‘Before 30’ will take place at the Underbelly Cowgate as part in this year’s Edinburgh Festival Fringe throughout August. How are you feeling ahead of the run?

Absolutely buzzing, I love that pre-Fringe vibe, we’re all in the same boat as we rapidly print off flyers, send press releases and quietly weep down the phone to the bank that the unusual activity in our account was to buy a Deliveroo outfit for theatrical purposes.

The show is a ‘true-to-home one-man show that tells a surreal and honest story about mental health that any age can relate to’. What inspired you explore the topic of mental health?

Mental health affects all of us, I went through a bad spell of depression in my late teens and despite being happy & healthy through my 20’s I suddenly found as I was approaching 30 that some of those symptoms were resurfacing. But we’re supposed to have everything figured out by now right?  What I learnt was regardless of where you are in life – dealing with mental health is an ongoing process and I wanted to face that head on.

‘Before 30’ will interweave visual story telling, spoken word and stand up comedy to explore particular themes. What inspired you to use these particular performance forms?

When it’s only you on stage for an hour you want to give the audience as much of a variety in storytelling as you can. It also makes it more interesting for the performer!

The spoken word element was introduced later into the script, I came away from last year’s fringe utterly inspired, I wanted that in the show and it’s brought a whole new dynamic to the play’s more serious moments.

Initially I wanted to write a play about Deliveroo and zero hour contracts, but as I was turning 30 and was facing all of this uncertainty I found it easy to meld those two worlds together, hopefully creating something that connects with that insecurity that each of us experiences at some point.

Since then the show has been performed a number of times with a tremendous amount of positive feedback which as help us craft this latest version.

‘Before 30’ has been performed at TheatreN16 and Waterloo East Theatre. What have responses been towards the show?

Incredibly positive, which was so nerve wracking at first, when it’s just you and there’s nowhere to hide, it’s the most vulnerable I’ve felt on stage, but the risk was worth the reward! We’ve received some fantastic 5 & 4 star reviews, hopefully more to come in Edinburgh!

Excitingly we’ll also be taking the show to New York in November as part of the United Solo Festival!

Expect a truthful look at mental health in young adults today, how we’re all sort of just putting up with zero hour contracts and ridiculous house prices. It’s a comedy first and foremost, but through the laughs there’s this underlying thought of “oh god, this is me, this is what I’m up against.”

That you don’t have to reach a certain life milestone at a given age, you’re on your own path, do what works for you.

Write and create from the world you know. The more you experience out of life, the more you can draw from when creating your next piece, get out of your comfort zone!

Before 30 will show from Saturday 3rd until Saturday 25th August 2019 at the Underbelly Cowgate as part of this year’s Edinburgh Festival Fringe. To find out more about the production, visit here…