The gripping stage adaption of The Girl on the Train, starring former EastEnders actress Samantha Womack makes its next uk tour stop at London’s Duke of York’s Theatre. It is based on the New York Times Fiction Bestselling book of the same name by British author Paula Hawkins. Rachel Watson is an alcoholic divorcee who, as the title suggests, spends her days riding trains, where she witnesses events that involve her in a missing person investigation. While a 2016 film adaptation took the setting overseas to the suburbs of NYC, the stage adaptation brings it back to the UK. 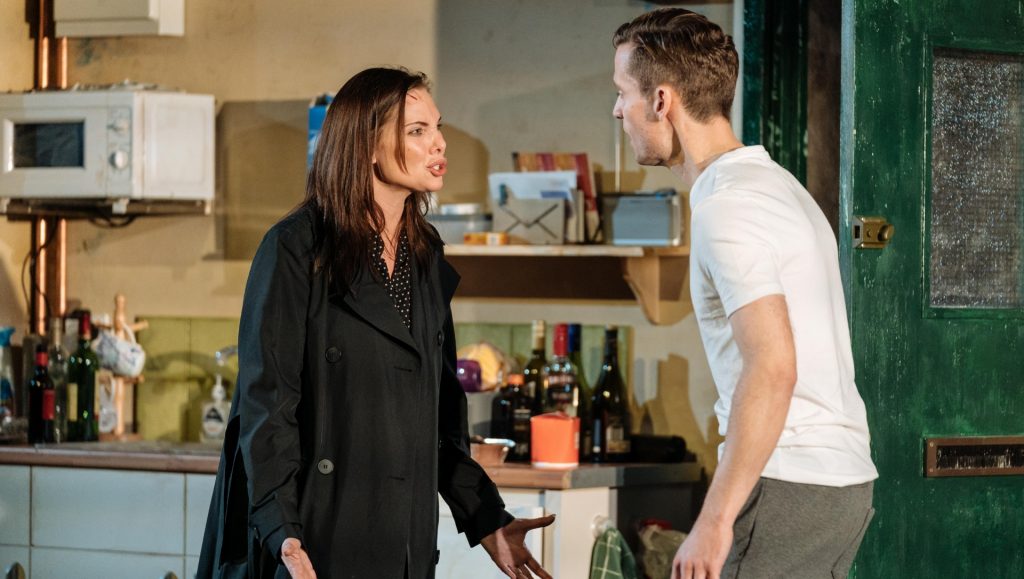 For a book set a good amount on trains, and split between 3 character perspectives, the success of the play would always depend on how these distinctive elements translate onto stage. Thankfully the play does a good job of knitting things together while remaining faithful to the book.

The 3 perspectives are trimmed down Rachel Watson’s, with the other 2 female characters chiming in at key moments through flashbacks. The train journeys are kept to a minimum, depicted through projections purely for mood and authenticity, with most key story moments from the trains recounted through the dialogue. Fans may argue that the play loses some of its essence this way, but in truth it doesn’t detract from the story.
More importantly the play retains the same red herrings and drama that keeps the audience guessing until the end. Despite a slow start, the quality shines through, maintaining a gripping and exciting pace from the second half, with stellar acting from the cast.
Despite the dark subjects of murder, adultery, domestic abuse, gaslighting, and alcoholism, there are moments of humour that provide a well needed breather and prevent the themes from becoming overbearing. The Girl on a Train takes you on a journey that is worth your while. Grab your ticket today. 4/5
Review written by Evan Parker.