Director Mingyu Lin talks about Chris Ruffle and The Rimbaud Verlaine Foundation’s production of ‘Before the Wall’ showing as part of Edinburgh Festival Fringe 2019! 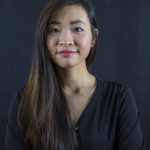 Taking place in China between 1856 and 1860, The Second Opium War would witness the defeat of the Qing Dynasty by both the United Kingdom and French Empire. This would result in ‘commercial privileges and legal and territorial concessions in China. The conflicts marked the start of the era of unequal treaties and other inroads on Qing sovereignty that helped weaken and ultimately topple the dynasty in favour of republican China in the early 20th century’. Using this historical event to explore ‘misunderstanding and prejudice between China and the West’, playwright Chris Ruffle presents Before the Wall, which will be taking part in this year’s Edinburgh Festival Fringe. Directed by Mingyu Lin and produced by the Rimbaud Verlaine Foundation, we find out more about what to expect from the show!

Hi Mingyu Lin, your show Before the Wall will take part in this year’s Edinburgh Festival Fringe throughout August. How are you feeling ahead of the run?

We’ve finished rehearsals now and the cast have been fantastic, so I can say I’m definitely looking forward to the run!
The show is set during the second Opium War in 1860. What inspired you explore this certain point in history?
Chris Ruffle (Writer): Having decided to write a play about misunderstanding and prejudice between China and the West, I decided to use as the setting perhaps the most controversial and savage event in our mutual history. What on earth is an Anglo-French army doing attacking Beijing in 1860? How come, in burning the Yuanmingyuan, the British are willing to commit an act of cultural vandalism the equivalent of ISIS blowing up Palmyra? In the West, the event is some distant imperial interlude, to the extent that Prime Minister Cameron could think it a good idea to wear a poppy in his buttonhole on a November visit to Beijing. In China, the Marxist interpretation rules – colonialists forcing unequal treaties upon China at the point of the gun. The truth is (as normally happens) a little more complicated. I hope that I portray the characters on both sides with sympathy, and show how the two sides had more similarities than might immediately be apparent.

Before the Wall is written by Chris Ruffle, and is also a collaboration between The Rimbaud and Verlaine Foundation and the National Museum of Scotland. How have you all work together to create the show?

Our main collaboration has been in finalising a show script for Edinburgh Fringe specifically, as that came with its own requirements such as a specific playing time which then meant we had to reduce the script down to its essence. Since I’ve come onboard, we’ve had the luxury of a 2 day R&D with the script prior to beginning rehearsals proper, we’ve also been very blessed in having award winning playwright Joel Tan onboard as our dramaturg.
What has been your process towards directing the show?
My first question to playwright Chris was what he most wanted to convey via this play, his response was the duality between the two warring sides and the sense that they’re more similar than they realise, with tragedy coming about by miscommunication. So a lot of my process has been character centred, to really highlight the duality of the character arcs and journeys.
Before the Wall is a piece of Anglo-Chinese theatre, bringing an East Asian story to the fore. At present, do you feel there are enough shows representing the East Asian community?
There’s not enough programming of BAME work in general. I’m passionate about championing work that humanises minority experiences and hopefully we start seeing more BAME and BEA performers cast in non ethnic specific roles. This is one reason why I took the bold choice of casting this play with an entirely mixed race cast who all play both Victorian British and Imperial Chinese characters.
What can audiences expect from the show?
Audiences will learn more about an event that forms a vital part of British history (the second opium war) but is often overlooked.
What would you like for audiences to take away from the show?
The subject matter we’re covering is extremely vast and of course something that’d be impossible to present in its entirety through the course of a play. So I hope audiences will go away with a genuine curiosity to look more into both the topics raised and their effects on modern socio-political issues.
What advice would you give to aspiring directors and theatre makers?
To just keep making and also watching work, to eventually find the type of work that makes them excited and motivated to keep going.
Questions by Lucy Basaba.
Before the Wall will show from Friday 17th until Monday 26th August 2019 at The Gilded Balloon at the Museum as part of this year’s Edinburgh Festival Fringe 2019. To find out more about the production, visit here…
Before the Wall, Chris Ruffle, Edinburgh Festival Fringe, Edinburgh Festival Fringe 2019, Mingyu Lin, National Museum Scotland, The Gilded Balloon, The Rimbaud Verlaine Foundation
2nd August 2019by Theatrefullstop